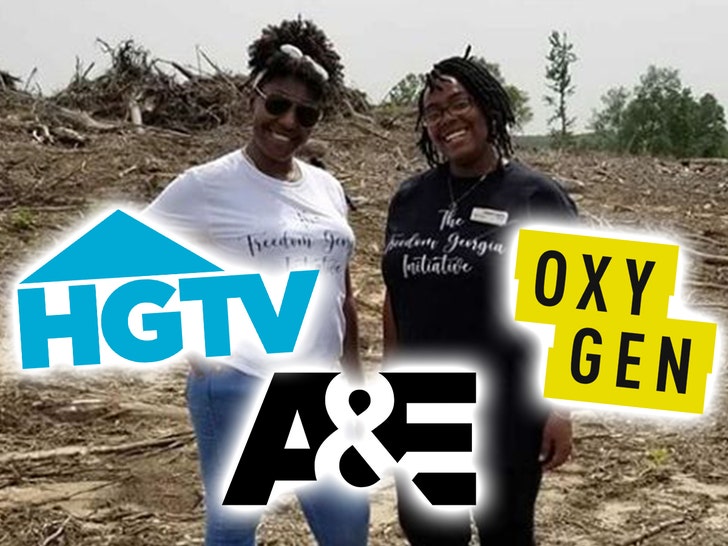 It was bound to happen, and it looks like the ball is already rolling … the 19 Black families who pooled their money to start their own town might soon be reality TV stars too.

Sources with direct knowledge tell TMZ … leaders from what will hopefully one day be known as Freedom, GA have been bombarded in the past few days by a flurry of inquires from production companies looking to get their stories, lives and mission on camera.

We’re told the two women who kick-started the idea — Renee Walters and Ashley Scott — have been running point on these discussions, and it sounds like they (along with several other members of their community) are down to get something going … and soon.

Our sources say the production companies that’ve reached out have solid reps in the industry, and have worked with the likes of A&E, Oxygen, Lifetime, HGTV and other big networks that run programming on just this type of stuff … family, home improvement, etc.

Here’s the kicker … we’re told that the folks working to bring Freedom, GA to fruition are coming in with some terms of their own — namely, they want to OWN this content and the rights behind it, not to mention control how it’s edited and aired to the masses.

Our sources say Walters, Scott and co. feel it’s important to have a say in how they’re portrayed, ’cause they really don’t want this to be slimy and full of cheap thrills — but instead, have it be uplifting, while putting Black folks in a positive light.

And, as far as story lines … there’s A LOT. Scott works in real estate and home renovations — while balancing family life — and Walters does the same while working in the special needs community. Plus, there are 15 other families willing to participate … 2 have opted out.

In other words, it’s literally a deep well of potential content … which could run for seasons to come if they strike the right deal. Wonderful things yield wonderful opportunities.

Transform Your Business by Encouraging Experimentation and Change

Non-Photosynthetic Bacteria Have Their Own Circadian Clocks

Thanksgiving with family and friends is a bad idea, health experts warn

Hamilton: F1 must do ‘so much more’ to fight racism

Watch now: Fantasy Football Live is back for Week 11