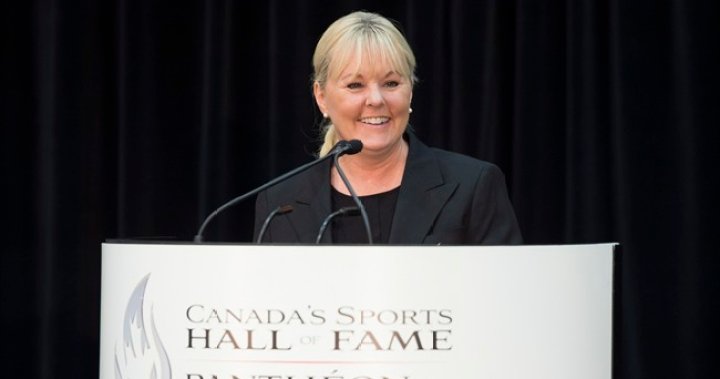 She became Canada’s figure skating sweetheart after a once-in-a-lifetime performance at the 1988 Olympics in Calgary, but just four years earlier, Elizabeth Manley was in a dark place and ready to give up the sport.

Now, she’s sharing her story in hopes of encouraging others to get the help they need.

“As an athlete in the 80s, you know, one of the biggest things that we used to be told was ‘Suck it up,’” Manley recalled. “We had to kind of portray this really tough athlete, and that nothing was bothering us and nothing was going to get to us.”

But at the time, a high-stress, lonely environment was getting to Manley.

Read more: Kaetlyn Osmond shares difficult transition from competitive skating — ‘I should have reached out more’

As a young teen, she living away from her family while training in Lake Placid, N.Y.

Trying to balance high expectations, isolation and a tense relationship with a coach who spoke little English, the then-16-year-old found herself trying to ignore growing symptoms of anxiety and depression.

“What ended up happening with me was my body shut down,” Manley said. “Within a period of about three months, I lost all my hair and I gained about 50 pounds of water retention. It was the only way, I guess, that my body was able to let me know, ‘Listen, something is wrong.’”

Manley decided to quit skating to seek the help she needed.

One therapy session turned into dozens, then hundreds, and eventually, she started to find her sense of self again.

“He really did save my life,” Manley said. “He made me realize a lot of good things about myself and not getting caught up in those in the areas that I had no control over, because that’s what we tend to do.”

With a new outlook on life, she turned her attention to the ’88 Olympics in Calgary.

Elizabeth Manley 🇨🇦delivers one of the great out-of-nowhere performances in Olympic history in Calgary.

Her performance earned her a silver medal 🥈 nearly upsetting defending champ and one of the sport’s all-time greats Katarina Witt for gold.

Despite battling a nasty flu, she took the ice with a smile, and when it mattered most, shattered all expectations en route to a silver medal.

“It’s kind of a fairy tale,” Manley said. “I truly believe that my win in Calgary was really a personal win. It wasn’t so much about that Olympic medal, but it was coming back and it was being passionate about something and loving it instead of making it a job and putting pressure on myself.”

“I really, truly think that the success of me in Calgary was just because I found myself again and I loved myself and I just wanted to do the best I could.”

In the years since, Manley has broken down more barriers in conversations surrounding mental health.

Now, she’s using her platform to support the eighth annual Run for Women.

Watch: Learn more about the Run for Women

The five- and 10-kilometre run/walk is taking place virtually on Sept. 27 in 18 cities across Canada, including Calgary and Edmonton.

All proceeds go to 18 charities supporting women’s mental health across Canada, including the Calgary Health Trust.

“There are days where you just don’t feel like getting out of bed,” Manley said. “Especially with the pandemic, it’s been very, very difficult on people with the isolation. I hope that they know that they’re strong.”

Windows Me, 20 Years Later: Was It Really That Bad?

Ben Okri on why Cornwall is his favourite creative escape

Biden delivers U.N. speech to reestablish American credibility and wash away the…

Former R. Kelly Employee Testifies He Made Girlfriends Fight Each Other As Punishment

More evidence Covid vaccines are working: Just 0.01% of those who have received shot…

Solve for the football culture equilibrium that is Mexican

Some people can get the pandemic virus twice, a study suggests. That is no reason to…