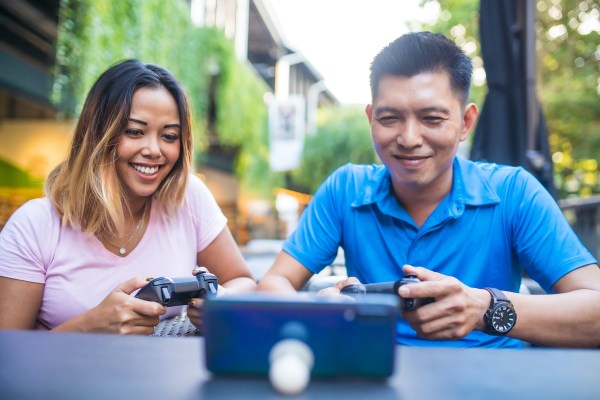 After tackling topics including how investors are looking at opportunities in social gaming, infrastructure bets and the moonshots of AR/VR, I asked a group of VCs about their approach to mobile content investing and whether new platforms were changing perspectives about opportunities in mobile-first and desktop-first experiences.

While desktop gaming has evolved dramatically in the past few years as new business models and platforms take hold, to some degree, mobile has been hampered. Investors I chatted with openly worried that some of mobile’s opportunities were being hamstrung by Apple’s App Store.

“We are definitely fearful of Apple’s ability to completely disrupt/affect the growth of a game,” Bessemer’s Ethan Kurzweil and Sakib Dadi told TechCrunch. “We do not foresee that changing any time in the near future despite the outcry from companies such as Epic and others.”

All the while, another central focus seems to be the ever-evolving push toward cross-platform gaming, which is getting further bolstered by new technologies. One area of interest for investors: migrating the ambition of desktop titles to mobile and finding ways to build cross-platform experiences that feel fulfilling on devices that are so differently abled performance-wise.

Madrona’s Hope Cochran, who previously served as CFO of Candy Crush maker King, said mobile still has plenty of untapped opportunities. “When you have a AAA game, bringing it to mobile is challenging and yet it opens up an entire universe of scale.”

Responses have been edited for length and clarity. We spoke with:

Does it ever get any easier to bet on a gaming content play? What do you look for?

Hope Cochran: I feel like there are a couple different sectors in gaming. There’s the actual studios that are developing games and they have several approaches. Are they developing a brand new game, are they reimagining a game from 25 years ago and reskinning it, which is a big trend right now, or are they taking IP that is really trendy right now and trying to create a game around it? There are different ways to predict which ones of those might make it, but then there’s also the infrastructure behind gaming and then there’s also identifying trends and which games or studios are embracing those. Those are some of the ways I try to parse it out and figure out which ones I think are going to rise to the top of the list.

Daniel Li: There’s this single-player narrative versus multiplayer metaverse and I think people are more comfortable on the metaverse stuff because if you’re building a social network and seeing good early traction, those things don’t typically just disappear. Then if you are betting more on individual studios producing games, I think the other thing is we’re seeing more and more VCs pop up that are just totally games-focused or devoting a portion of the portfolio to games. And for them it’s okay to have a hits-driven portfolio.

There seems to be more innovation happening on PC/console in terms of business models and distribution, do you think mobile feels less experimental these days? Why or why not?

Hope Cochran: Mobile is still trying to push the technology forward, the important element of being cross-platform is difficult. When you have a AAA game, bringing it to mobile is challenging and yet it opens up an entire universe of scale. The metrics are also very different for mobile though.

Daniel Li: It seems like the big monetization innovation that has happened over the last couple of years has been the “battle pass” type of subscription where you can unlock more content by playing. Obviously that’s gone over to mobile, but it doesn’t feel like mobile has had some sort of new monetization unlock. The other thing that’s happened on desktop is the success of the “pay $ 10 or $ 20 or $ 20 for this indie game” type of thing, and it feels like that’s not going to happen on mobile because of the price points that people are used to paying.

How Should the Music Streaming Revenue Pie Be Split?

This Was Steve Job’s Most Controversial Legacy. It Was Also His Most Brilliant

Where Should I Go Next? Hawaii vs. Fiji

In One Chart: What history says about the stock market and a falling dollar

The ‘morning star’ Venus reaches is at its brightest for 2020 this week.…

Mexico fast-tracks law that could limit anti-drug cooperation with U.S.

A New Front in the Biden-Trump Battle for the Suburbs: Wildfires

The Deep Silver and Friends Sale is Go