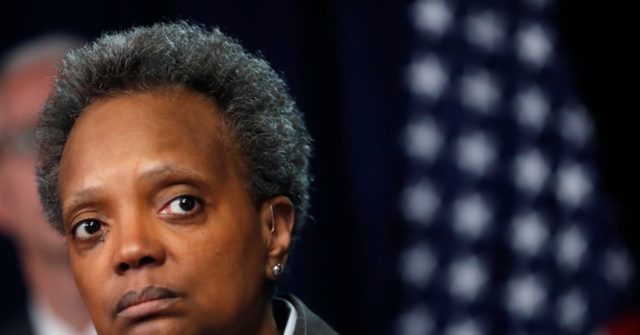 At least 60 people were shot, 13 fatally, over the weekend in Mayor Lori Lightfoot’s (D) Chicago.

ABC 7 reports the first fatal shooting took the life of 15-year-old Terrance Malden on Friday afternoon.  They note five other teenagers were among those wounded in other shootings that occurred between Friday and Monday morning.

The Chicago Sun-Times reports the last fatal shooting of the weekend occurred at 1:45 a.m. Monday, when a 27-year-old man was shot by a passing car as he stood the street. The victim was struck in the head and pronounced dead at the hospital.

A 26-year-old was shot and killed around 12:30 a.m. Monday while he was “standing on the sidewalk…in the 1500 block of South Homan Avenue.” –Breitbart News

Trump Is Complaining About How Dr. Fauci Made a Lot of Mistakes

This Is What Herd Immunity Means

As crises pile up in the Sahel, Malian leader says it’s time to consider more…

Most Parents Want Their Kids Back In The Classroom. Fewer Agree On The COVID-19…

Central Asia is stepping up battles with tech giants. Russia’s playbook is a…

These Tiny, Little-Winged Dinosaurs Were Probably Worse at Flying Than Chickens

Pedestrian dead after being hit by vehicle on DVP near downtown Toronto, police say…

5 Things You Need to Check