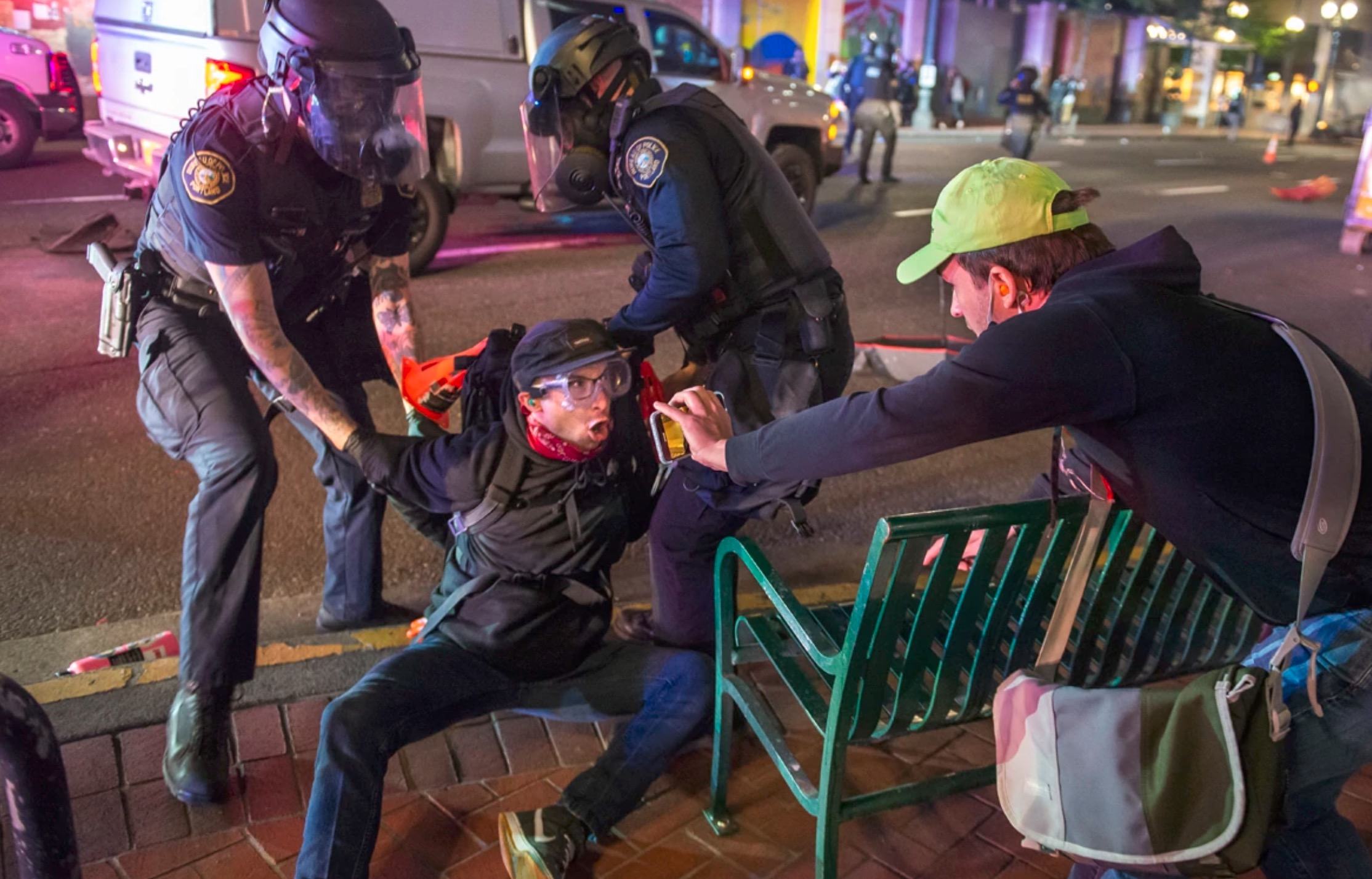 The rioters are showing that they will stop at nothing, including shooting an innocent child in a car that was just parking, to beating a senior citizen waving an American Flag, to busting windows and looting even stores in a Black community.

It’s time to “Back The Blue” in our communities now, by showing support in any way we can. From signs to going up and thanking them even at our rallies.

OUR COUNTRY IS ON THE BRINK OF ALL OUT WAR

The pot stirrers (as I call them) are keeping the people riled up, and half the time, the people do not even know what is going on. They think they are fighting for a cause, and all the while, it’s a few members that are doing all the organizing of the masses to use them for this total unrest and yes, even for political purposes.

Tearing down our history, shooting into crowds, cars, and blocking traffic, filthy mouth words against even people they don’t even know how they feel. And destroying public property is way out of hand.

MORE NEWS: Pelosi Torches Trump: ‘The President Has Been A Failure In Every Way’

Do you remember the award-winning “Godfather” movie, when organized crime leaders met to work out plans to control the selling of drugs as a new way to bring in revenue for all the families?

At this meeting were all the top dogs of organized crime. Here’s the tricky part of their decision to make it happen. They weren’t against moving the poison; they just didn’t want it around their families and their friends in the suburbs. They didn’t care anything about the inner cities.

Well, of course, that was a movie. To be honest, in reality, hardcore drugs of every kind have done their best to filter in the suburbs and not just the “lesser neighborhoods.” They are now in every city and every small town in America, coast to coast.

The criminals who organized this drug trade were so blind and stupid not to mention heartless and vicious; they ended up hurting everyone in an attempt not to hurt their own.

Today, the mob bosses are the “liberal” governors and mayors of every big city in the country. From Portland, Oregon to San Francisco, on to Texas and Florida and up the east coast, and the worst part is, the liberal agenda is tugging at the heartland of America at the same time. They are not just one set of people either.

It’s not just Black Lives Matter, you have ANTIFA, along with Pacific Northwest Youth Liberation Front, a group comprised of anti-capitalist and anti-fascist teens and the stragglers that are just looking to set things ablaze.

MORE NEWS: Harmeet Dhillon Wants To Know Where The Outrage Was When Obama Commuted Sentence Of A Terrorist

Today, people of all ethnic backgrounds seem to be united in their hatred of law and order and have contempt for tax-paying, hard-working everyday Americans who try their best to make the best out of what they have.

FORGET DEFUNDING THE POLICE, BACK THE BLUE

I have one thing to say here, and that is “Back The Blue” if you want law and order. And one more thing all you protesters out there, If you firmly believe all our historical figures were so bad, Why don’t you just take out your money and burn it too.

Our founding fathers are on all that, as well. Ask your followers to do that and see how long you last.

I can’t believe the polarization this country has come to. Something must be done to change the way things are going. I don’t want to see our beloved country go through another civil war. I wish we could find common ground amongst ourselves. Enough is enough with all the hate rhetoric we see out there.

Will you join me in this fight?

This article appeared first on: The Political Insider

Many Americans Are Hesitating to Call 911 Amid Covid-19 Pandemic

Long-Haul COVID Can Include Chronic Fatigue

Claims I can’t quite bring myself to believe

3 Things Women Leaders Transitioning From Corporate Should Understand About…