A San Diego Karen strikes again, demands half of the money raised for barista she harassed 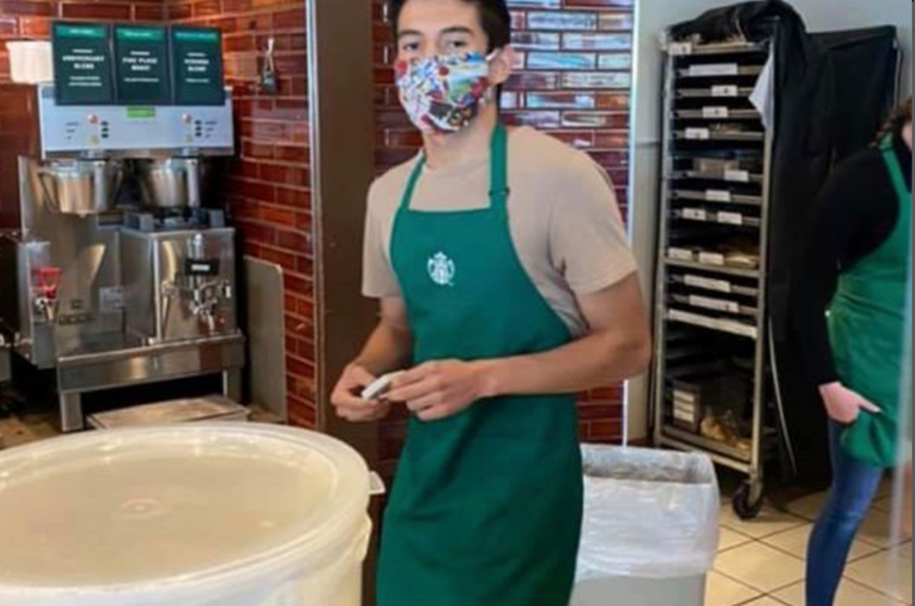 But Gilles’ absurd behavior didn’t end there—this Karen took it even further. After seeing that a GoFundMe page set up in support for Gutierrez garnered more than $ 100,000, Gilles is now demanding half of the money. Yes, the woman who sought to shame Gutierrez is demanding half the money individuals raised in his support.

According to ABC News affiliate KGTV, Matt Cowan, a stranger to Gutierrez, set up the GoFundMe to donate a few dollars to tip the barista. As the photo of Gutierrez went viral, more and more people donated the fund.

Gilles’ claims that Gutierrez’s actions of doing his job of enforcing state safety regulations and refusing her service were discriminatory. She added that people were not only “enabling” but “rewarding that behavior,” KGTV reported. She provided the news outlet with two documents to prove her exemption including a 2015 pelvic exam with results detailing a “probable exophytic fibroid arising from the anterior wall of the uterus measuring 2.9 cm size” and a “simple 2.5 cm left ovarian cyst.”

The second document was a handwritten note from a San Diego chiropractor whom she asked the KGTV to keep anonymous. The note read: “Amber has underlying breath conditions that prevent her from wearing a mask or any type of facial covering whatsoever. Please contact me if have any questions.” When KGTV asked Gilles about this note and questioned why a chiropractor gave her a breathing-related medical exemption, Gilles said: “[B]ecause they are dedicated to providing non-invasive personalized care and treatment. They are real doctors.”

Adding to reasons why she apparently can’t wear a mask in public, Gilles told KGTV that she experiences “shortness of breath, dizziness and it messes with the heartbeat.” She added: “I do have asthma as well, and I do get mask-acne. So there’s several things going on and not only that but it doesn’t even work.”

Asked if she would like to issue an apology or message to the public, Gilles was firm to tell KGTV: “No, absolutely not.” Instead she argued she felt she deserved an apology, noting: “I’ve been discriminated against, I’m the one who’s sick.” She added that she has already spoken to a few lawyers about taking on her case in pursuit of half of the money funded for Gutierrez. As a result of legal expense fees needed to pursue Gutierrez’s tip money, Gilles has also started her own GoFundMe page.

On a happier note, Gutierrez took to Facebook to express his gratitude towards donors and relay that he plans to use the money funded to further his education and pursue his dream of becoming a dancer. “With this donation I can make these dreams a reality. I can fuel my passion even better now,” he said in a video posted on Facebook. “So from the bottom of my heart, thank you so much for it. It’s just amazing to see that I can actually make these dreams of pursuing more into dance a thing now. Thank you so much for it.”

A beginner’s guide to the AI apocalypse: Artificial stupidity

Holder: WI won’t ‘get ahead of ourselves’

WHO Experts in China to Begin Investigation of Coronavirus Origins