Adults With COVID-19 Twice As Likely To Have Eaten At Restaurants, CDC Study 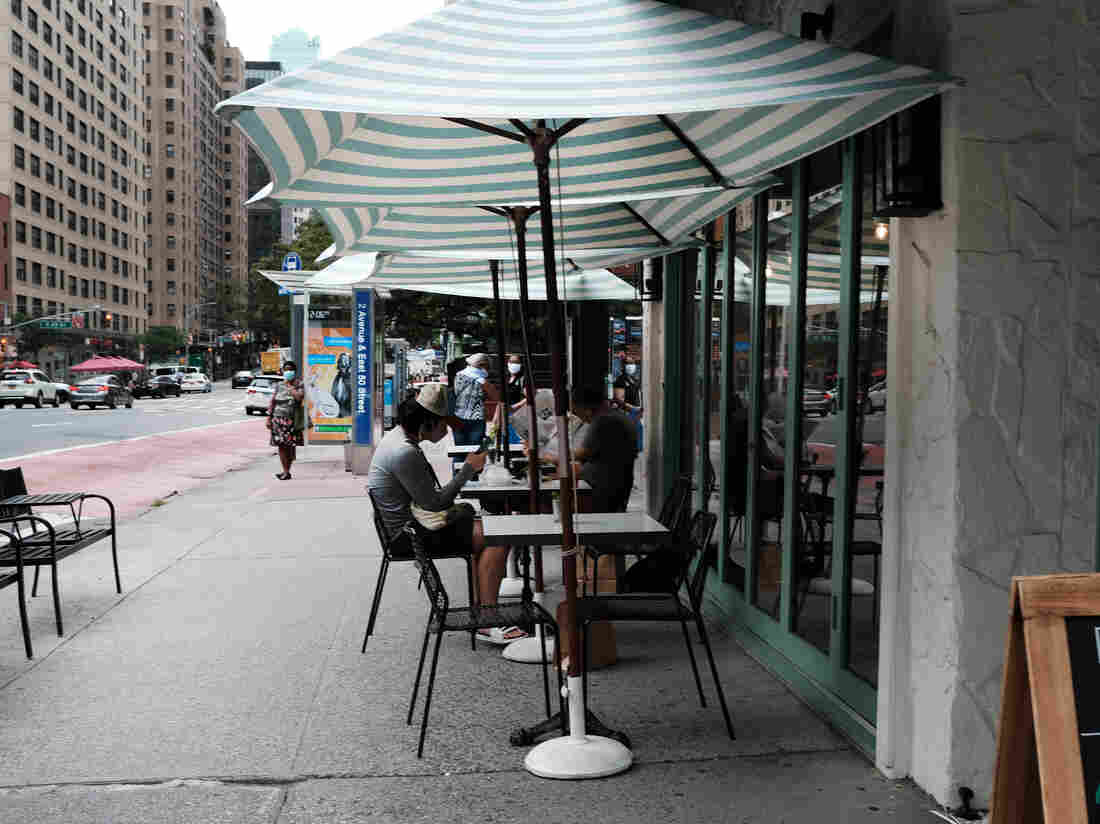 A CDC study of 314 adults who had been tested for the coronavirus found that the positive cases were twice as likely to have dined at a restaurant within a two-week period before they started showing symptoms. Spencer Platt/Getty Images

Adults who tested positive for the coronavirus were about twice as likely to have dined at a restaurant within a two-week period prior to becoming sick, according to a new study from Centers For Disease Control and Prevention.

The study included 314 adults who had showed symptoms of COVID-19 and had sought testing at one 11 facilities across 10 states in July. Of the participants, 154 tested positive for COVID-19, while 160 tested negative and served as a control group.

Participants were asked various questions, including how often they had worn face coverings in public and where they had gone two weeks prior to having shown symptoms.

Seventy-one percent of people who tested positive said they had always worn face coverings in public, as opposed to 74% of the control group.

The study found that both positive and negative cases reported going to gyms, hair salons, shops and in-home group gatherings at about the same rate. But the positive cases were about twice as likely to report dining out at restaurants within the 14-day period before feeling sick.

“Masks cannot be effectively worn while eating and drinking, whereas shopping and numerous other indoor activities do not preclude mask use,” researchers wrote.

The study also points out that many reported cases tied to restaurants have been linked to air circulation.

“Direction, ventilation, and intensity of airflow might affect virus transmission, even if social distancing measures and mask use are implemented according to current guidance,” the CDC notes.

Those who tested positive were more likely to have been in close contact with someone known to have COVID-19 – 42% compared to 14% of the control group. Of those close contacts, 51% were family members.

Though the study has limitations — including its size and the fact that participants weren’t asked to distinguish between indoor or outdoor dining — it echoes concerns over safety in bars and restaurants during the pandemic. Many states have imposed restrictions on reopened restaurants.

“Implementing safe practices to reduce exposures to SARS-CoV-2 during on-site eating and drinking should be considered to protect customers, employees, and communities and slow the spread of COVID-19,” the CDC researchers wrote.

How Ontology Founder Jun Li Improves His Team Every Day

How to translate web pages with Safari in iOS 14

Sperm don’t swim anything like we thought they did, new study finds

Rangers must unleash “special” powerhouse on Thursday, he “can do everything” –…

Harris Would Have Dangerous Influence on Justice Dept.

This bond expert called the initial spike in interest rates. He now says a new…

Why are so many suffering dreadful Covid symptoms but still…

Surgeons are far less likely to cause damage during spine…