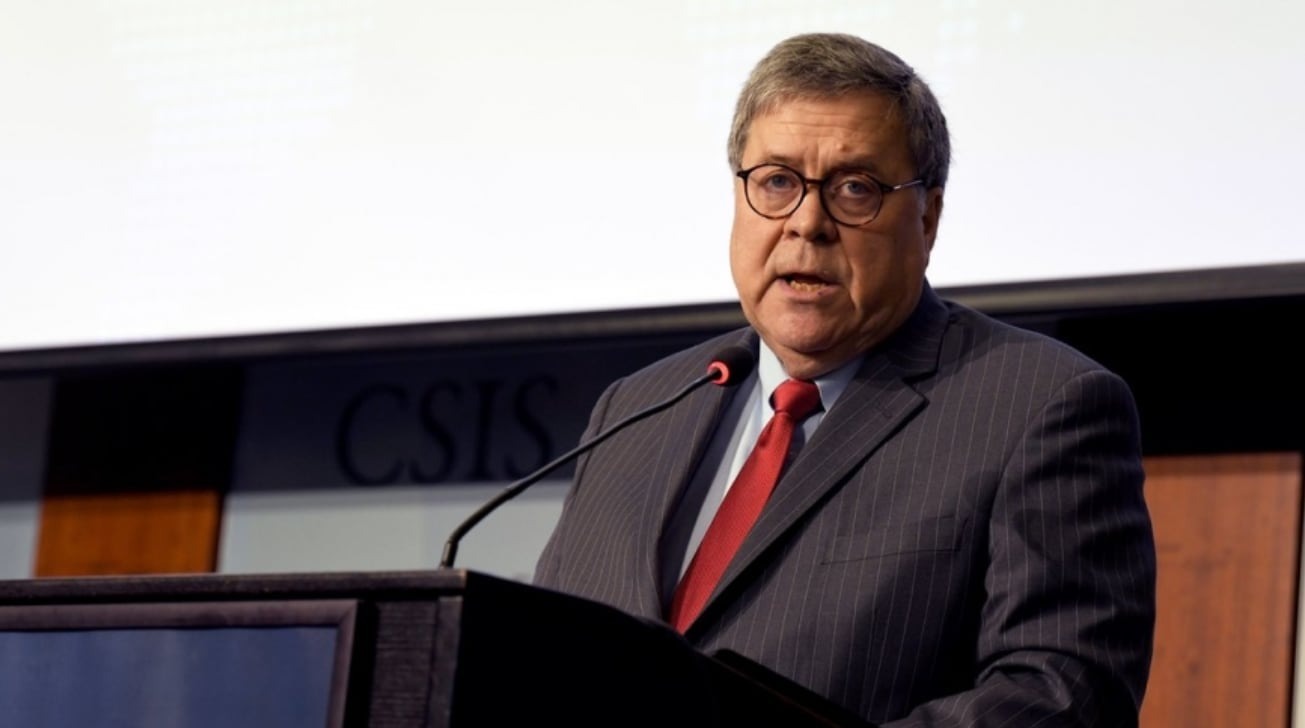 U.S. Attorney General Barr on Thursday accused Apple and other major tech and entertainment companies of being “too willing to collaborate” with the Chinese Communist Party.

During a speech on China policy at the Gerald Ford Presidential Museum in Michigan, the attorney general criticized both Hollywood and Silicon Valley for being too cozy with Beijing and the Chinese Community Party (CCP).

“Over the years, corporations such as Google, Microsoft, Yahoo, and Apple have shown themselves all too willing to collaborate with the CCP,” Barr said.

The attorney general also doubled-down on his criticisms of Apple for refusing to help the Justice Department break into two iPhones used by the gunman in the Pensacola shooting. Although Apple provided the FBI with all the relevant cloud-based data that it had, Barr said that the FBI was ultimately only able to break into one of the devices “through a fluke” after months of attempts and “without any help from Apple.”

Barr claimed that Apple and other companies were operating under a “double standard” in an effort to appease the Chinese market, adding that Beijing has used tactics such as threatening retaliation and barring market access to “exert influence.”

Apple maintains that it will never create a backdoor into its encryption technology or devices. In lieu of that, however, U.S. authorities have proven in the past that they are able to bypass the company’s security mechanisms with third-party tools, even on current devices like iPhone 11.

In addition to his frequent critiques of Apple, Barr has also pushed against encryption in general, particularly end-to-end encryption used by messaging platforms like WhatsApp and iMessage.

Trump Has Been Right About China for Years

Here’s What To Do To Stop Public Speaking Fear

Grab some great wireless earbuds for $32 during Cyber Monday

nubia Red Magic 7 gets 3C certified with a whopping 165W…

Apple reportedly tells suppliers that demand for the 5G…