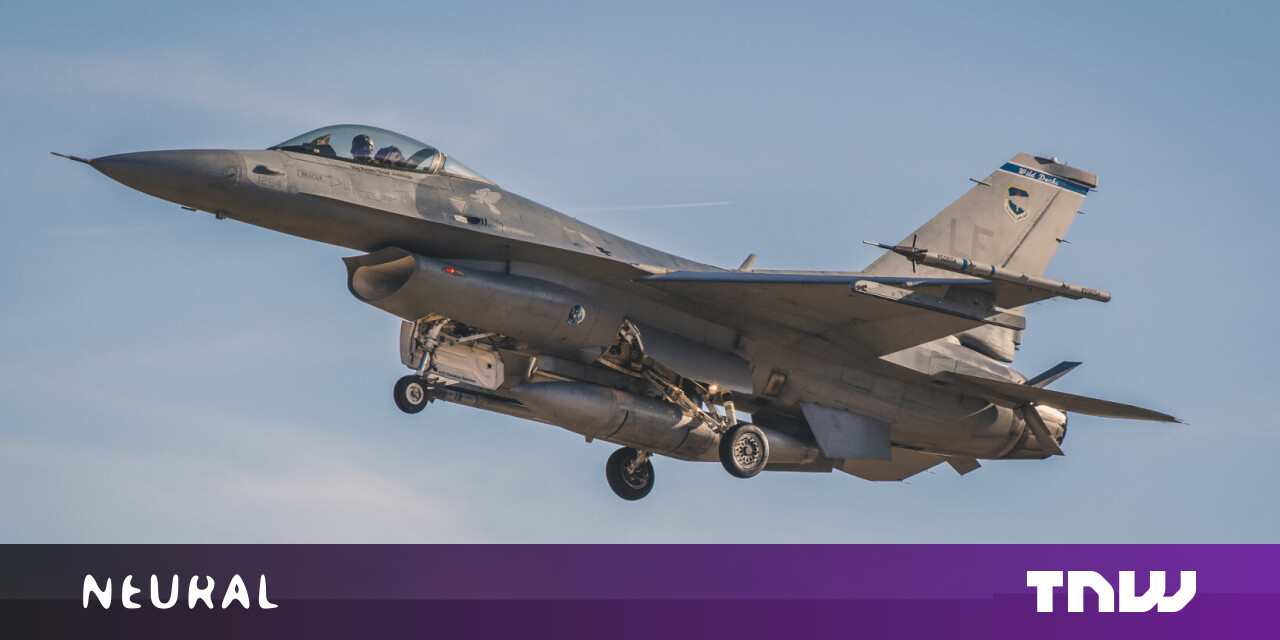 AI will face off against human pilots in real-world fighter aircraft by 2024, Secretary of Defense Mark Esper revealed on Wednesday.

The Pentagon announced the plan a month after an AI system demolished an Air Force pilot in a virtual dogfight. An algorithm developed by defense contractor Heron Systems swept a best-of-five aerial duel versus an F-16 pilot wearing a VR helmet.

The new trials will test how the AI’s capabilities transfer to the real world, Esper explained on Wednesday at the Pentagon’s first AI Symposium:

The AI agent’s resounding victory demonstrated the ability of advanced algorithms to out-perform humans in virtual dogfights. These simulations will culminate in a real-world competition involving full-scale tactical aircraft in 2024. To be clear, AI’s role in our lethality is to support human decision-makers, not replace them. We see AI as a tool to free up resources, time, and manpower so our people can focus on higher priority tasks, and arrive at the decision point, whether in a lab or on the battlefield, faster and more precise than the competition.

[Read: These tech trends defined 2020 so far, according to 5 founders]

Esper gave little detail on how the combat will unfold, but it’s safe to assume the AI won’t seek to shoot real pilots out of the sky.

A DARPA spokesperson told Breaking Defense that some of the tests will pit human-machine teams versus humans without AI assistance, while others will put AI-human teams against each other.

“The pilots will be given higher cognitive level battle management tasks while their aircraft fly dogfights, and there will be human factors sensors measuring their attention and stress to gauge how well they trust the AI,” the spokesperson said in an email.

AI could “transform nearly every aspect of the battlefield”

The dogfight was among a range of AI initiatives Esper said would help the US maintain military supremacy over China and Russia.

He noted that Moscow is developing AI systems for ground vehicles, aircraft, nuclear submarines, and command and control, while Chinese weapons manufacturers are selling autonomous drones they say can conduct lethal targeted strikes.

Esper claimed the US is harnessing AI to protect its constitution and the rights of its citizens, despite its record of using tech for mass surveillance and predictive policing. Abroad, he said the Pentagon will promote the adoption of AI in accordance with the values that the US shares with its allies.

While he pledged to use AI to preserve peace, the plans suggest the age of lethal, autonomous weaponry is approaching.

So you’re interested in AI? Then join our online event, TNW2020, where you’ll hear how artificial intelligence is transforming industries and businesses.

Mysterious ‘Dark River’ May Flow For 1,000 Kilometres Below Greenland,…

Warby Parker’s Dave Gilboa Has a Prescription for Retail Success

4th Case of Tropical Bacterial Illness Found in the U.S.

Of course he does: Trump wants to meet with Russian president Putin before the…

Bosch, ZF, others jockey for fast-growing part the future can't do without

Order of play for day seven with Emma Raducanu, Roger Federer and Novak Djokovic in…

How to reset iPhone’s keyboard dictionary to fix autocorrect glitches

Apple @ Work: Are Macs cheaper than PCs in the enterprise? A…