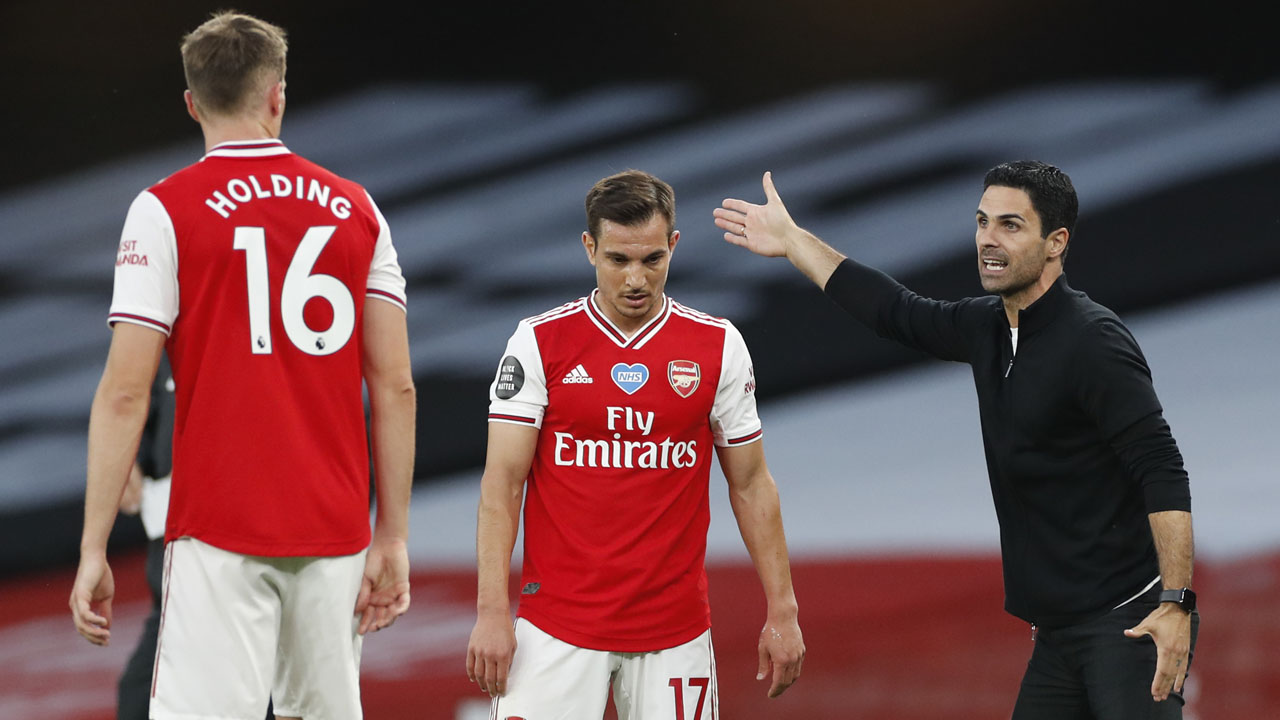 Mikel Arteta said he would be “depressed” if he focused too much on Arsenal’s recent record against the top clubs as he prepares his team for an FA Cup semi-final clash with Manchester City.

The Gunners head coach needs to rewrite recent history if Arsenal, who have won the trophy a record 13 times, are to beat holders City at Wembley on Saturday.

Pep Guardiola’s side have won the past seven meetings between the two sides — with Arteta part of the coaching staff at the Etihad Stadium during the one-sided run.

Arsenal’s last victory in the fixture was the FA Cup semi-final meeting in 2017 and since then they have lost seven games, shipping 20 goals and scoring just twice.

But after ending a similarly wretched run against Liverpool by beating the Premier League champions 2-1 on Wednesday, Arteta is keen not to dwell on past results as he aims to secure a place in the final.

Asked at his pre-match press conference if he was worried by the recent trend against City Arteta, who won two FA Cups as a player at Arsenal, replied: “Yes.

“But if I look at the trends as well before we played Liverpool, with the calendar year or the last two calendar years that they’ve had, you get depressed.

“What I need now is energy to transmit to my players, belief and it’s the FA Cup — we have a lot of experience here and we have a history related to that. Let’s go for it.

“I want to focus on what we want to do. If I worry too much about them, it’s not the message that I want to send to the players.”

But Guardiola gave an upbeat assessment of his opponents at his own press conference, saying Arsenal were creating “something special” under his former assistant.

“I expect a tough, tough game,” he said. “They have something special.

“Mikel has created — they have team spirit — how they celebrate goals, how they fight for every ball, they have started to create something special.”

Arteta confirmed Mesut Ozil had returned to training after suffering from “back soreness” but he refused to say whether Arsenal’s highest-earner would feature at Wembley.

Ozil has yet to feature for the club since football returned following the coronavirus lockdown.

Democrats Don’t Have the Winning Hand

Dirt 5: Under the hood of the off-road racer’s brand new trailer