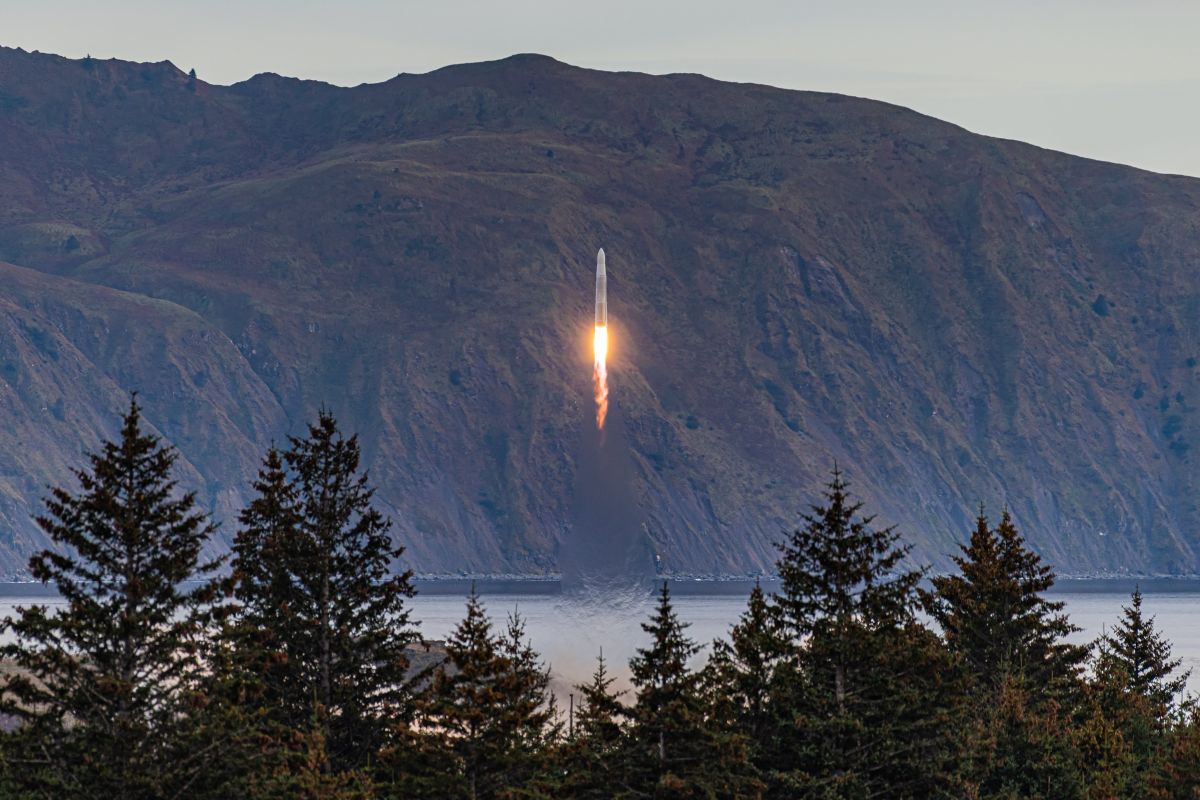 Astra’s first orbital mission got off the ground, but it soon came back down again.

The 38-foot-tall (12 meters) booster, which was carrying no payloads, didn’t make it all the way to the final frontier.

“Successful lift off and fly out, but the flight ended during the first-stage burn. It does look like we got a good amount of nominal flight time. More updates to come!” Astra tweeted tonight.

Related: The history of rockets

The failure was no shock; debut flights rarely go swimmingly, and Astra had explicitly said it was not expecting perfection on this one. In a prelaunch mission description, company representatives wrote that the primary objective was to achieve a nominal first-stage burn, which would keep Astra on track to reach orbit within three flights.

That didn’t happen, but it appears the company will still have a fair bit of data to analyze ahead of the next attempt. And Astra still aims to get to orbit in three tries or fewer.

“We are excited to have made a ton of progress on our first of three attempts on our path to orbit! We are incredibly proud of our team; we will review the data, make changes and launch Rocket 3.2, which is nearly complete,” Astra wrote in another tweet tonight.

We are excited to have made a ton of progress on our first of three attempts on our path to orbit! We are incredibly proud of our team; we will review the data, make changes and launch Rocket 3.2, which is nearly complete.📸: @johnkrausphotos pic.twitter.com/K0R7A0Q8wcSeptember 12, 2020

Astra plans to provide cost-effective, dedicated rides to space for small satellites, which are becoming more and more capable. The company’s website currently offers delivery services to a 310-mile-high (500 kilometers) orbit for payloads that weigh between 110 lbs. and 330 lbs. (50 to 150 kilograms).

Another California-based company, Rocket Lab, has a stranglehold on this side of the growing smallsat launch market at the moment, but Astra thinks it can carve out a sizable niche for itself by offering a cheaper alternative.

“What we’re trying to do is build a service that has a lower cost to operate, and a lower cost to provide the launch service,” Astra CEO Chris Kemp said during a teleconference with reporters on July 30. “That involves a much cheaper rocket, a highly automated factory, a highly automated launch operation and, really, just a real focus on efficiency and removing costs from every aspect of the service so that we can achieve scale and ultimately drive costs down through economies of scale and production.”

(SpaceX’s Falcon 9 rocket and other big boosters are increasingly lofting small spacecraft as well, but generally as piggyback “rideshares” on missions whose chief purpose involves delivering one or more big satellites to orbit. Rocket Lab offers dedicated rides for small satellites, as Astra plans to do as well.)

Thanks, @elonmusk. We appreciate that and are encouraged by the progress we made today on our first of three flights on our way to orbit https://t.co/CrH8iBYNpSSeptember 12, 2020

Astra had initially planned to launch its first orbital mission in February or March of this year, as part of the $ 12 million DARPA (Defense Advanced Research Projects Agency) Launch Challenge. But bad weather and technical issues with Rocket 3.0, the booster scheduled to make that flight, prevented the company from meeting the competition’s narrow launch window.

Rocket 3.0 was damaged in late March, during preparations for another launch attempt that was not affiliated with the DARPA Launch Challenge. So the orbital-liftoff milestone fell to its successor, Rocket 3.1. Bad weather and technical issues pushed Rocket 3.1’s flight back several times, until tonight.

Tonight’s launch was the third overall for Astra, which attempted suborbital flights with two earlier rocket iterations in 2018.

Meet one of the workers caring for children during the pandemic

Is the stock market open Memorial Day? Heres what investors need to know

Boy, 15, gets USB cable stuck in his penis during sexual experiment gone wrong

NASA to reveal moon landing site for ice-lunar rover today. Here’s how to…

‘Everything Under The Sun Is Infrastructure!’ (VIDEO)