AstraZeneca Resumes Its COVID-19 Vaccine Trials In The U.K. 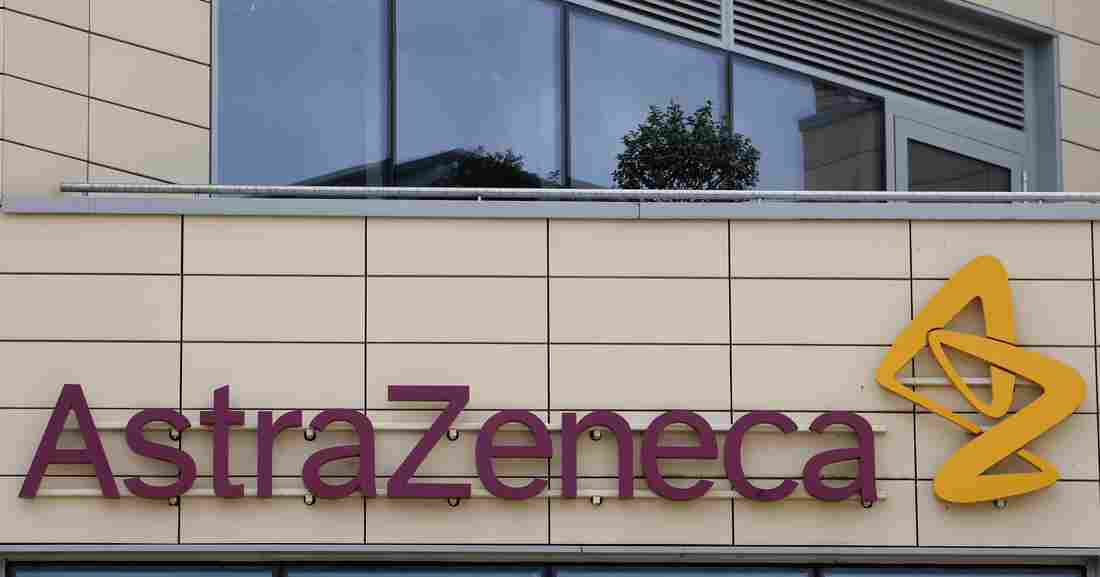 Earlier in the week AstraZeneca had paused worldwide studies of its candidate vaccine after one U.K. participant developed symptoms consistent with the spinal cord inflammation known as transverse myelitis. Alastair Grant/AP

Drug maker AstraZeneca announced Saturday that its COVID-19 vaccine studies have resumed in the United Kingdom, though not yet in the United States. The vaccine trials had been placed on hold around the world earlier in the week after a U.K. participant in one of the studies developed a neurological illness.

The candidate vaccine was developed by the University of Oxford along with AstraZeneca. The goal of the large studies is to see if the vaccine is capable of preventing COVID-19, and is safe.

Although initial studies didn’t reveal serious side effects from the vaccine, rare complications of any vaccine, if there are any, may not turn up until it has been administered to thousands, or tens or thousands of people.

On Sept. 6 , AstraZeneca says, all studies around the world of this particular candidate vaccine were paused after one volunteer in the U.K. developed symptoms consistent with transverse myelitis, an inflammation of the spinal cord that can cause paralysis.

According to a Sept. 12 statement from the drug company, the studies were paused “to allow review of safety data by independent committees, and international regulators.”

The statement goes on to say that the committee has concluded its investigations and recommended to the Medicines Health Regulatory Authority, the U.K. equivalent of the Food and Drug Administration, that trials in the U.K. are safe to resume.

In an email to NPR Saturday, an AstraZeneca spokesperson said “the company will continue to work with health authorities across the world, including the FDA, and be guided as to when other clinical trials can resume.”

AstraZeneca also says it cannot disclose further medical information because it is the study sponsor, but added in its statement, “All trial investigators and participants will be updated with the relevant information, and this will be disclosed on global clinical registries, according to the clinical trial and regulatory standards.”

The AstraZeneca /Oxford partnership is one of the vaccine development efforts against the coronavirus that is furthest along. The company recently began a phase 3 trial in the United States that aims to enroll 30,000 volunteers.

In late July, results of a preliminary safety and effectiveness study found that more than two-thirds of the people who received the experimental vaccine reported fatigue and headache after inoculation. Muscle aches and fever were also common. But the researchers said then that there were no “serious adverse reactions” among the more than 500 people vaccinated; most of the effects were “mild or moderate in severity.”

In May, the Trump administration awarded the AstraZeneca effort up to $ 1.2 billion from the Biomedical Advanced Research and Development Authority as part of Operation Warp Speed, the administration’s push to have a widely available coronavirus vaccine by January.

Sonu Soodâs initiative for aspiring cricketers is worth reading about

Sex Education season 3 review: The Netflix show comes into its own

Blazers star won’t get caught in that trap again

Lakers’ bus leaves without Quinn Cook: ‘Gotta walk back after I win a f—in ring wtf’

FIFA: Fans to see how much agents earn from deals

Democrats Are on Track to Lose Big in 2022

Wristcam review: The most feature-complete Apple Watch accessory to date

Why Many Republicans Are Still Attempting To Overturn The Election

New report demonstrates how phone sensor data, such as GPS,…