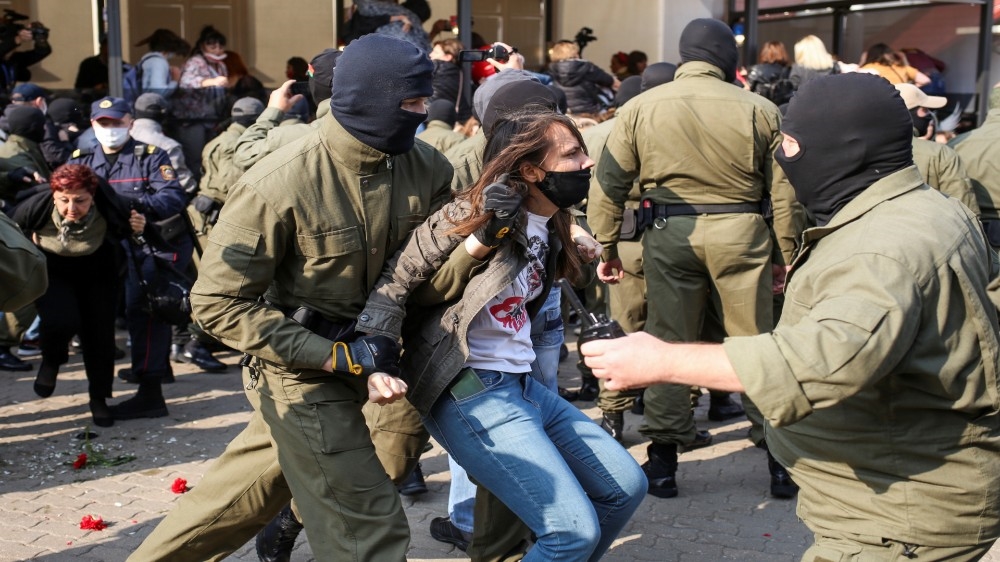 Belarus police detained at least 250 protesters as tens of thousands demonstrated in the capital Minsk ahead of talks between strongman Alexander Lukashenko and Russia’s Vladimir Putin.

“Some 250 people were detained in various districts of the capital,” the interior ministry said in a statement, adding those arrested were carrying flags and “offensive” placards.

Lukashenko is facing a groundswell of public anger after declaring a landslide win at last month’s presidential election that his opponents say was rigged. Lukashenko denies these allegations.

Accidentally deleted a text message? Here’s how to get it back

David Beckworth on Powell and the Fed

MARLON WAYANS ANNOUNCED THE WAYANS MATRIARCH PASSED AWAY AT 81

Disgusted by germy surfaces? I bring this clever $17 touch tool everywhere to avoid…

A pain reliever that alters perceptions of risk

Are Americans Concerns Over Inflation Inflated?

Leniency may come at cost of judger’s self-worth, danger of normalizing unethical…