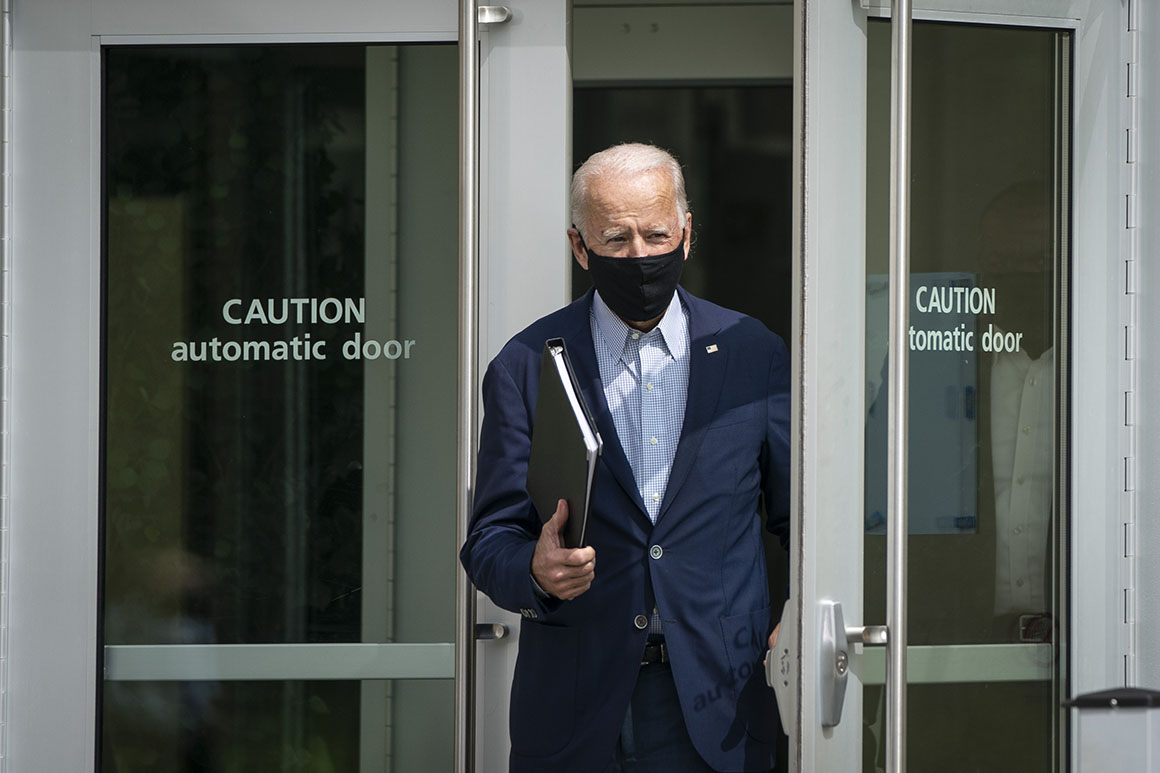 Democratic presidential nominee Joe Biden arrives to speak about climate change and the wildfires on the West Coast at the Delaware Museum of Natural History on Sept. 14, 2020 in Wilmington, Del. | Drew Angerer/Getty Images

Thursday’s conversation is expected to center around mobilizing voters in individual states and discuss helping to elect Democrats up and down the ballot. It will be the first time Biden addresses the full Democratic caucus since receiving the Democratic nomination for president.

Biden’s conversation with the Senate Democratic caucus comes as the former vice president and senator is leading President Donald Trump in most national polls.

Since winning the Democratic nomination, the Biden campaign has stepped up its outreach to the Hill in recent months, holding weekly calls with chiefs of a staff and forming a surrogate team that helps set up interviews for lawmakers.

A Democratic majority in the Senate will be key to Biden being able to advance his agenda and Biden has emphasized the importance of Democrats taking back the Senate in his own campaign. In order to win the majority, Democrats will need to win a net three seats if Biden wins the presidency.

The upper chamber is scheduled to stay in session through the first week of October before senators head home to campaign.

Mysterious, Sudden Mass Die-Off in The US Could Be Killing Millions of Birds

The Latest US Intelligence Report on ‘Alien’ UFOs Is In, And…

3 Things You Should Know Before Staking on Ethereum 2.0

James’ car robbed as he serves food to children

Get A Year Of Unlimited Cloud Backup Storage For Only $45