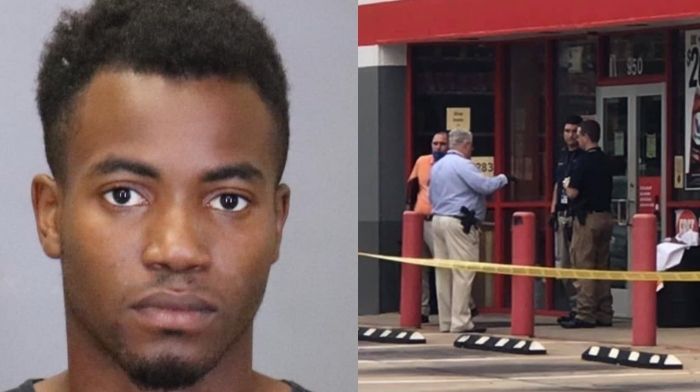 Earlier this week, a black man targeted a white AutoZone employee, stabbing him in the neck in a random attack after watching police shooting videos. However, don’t expect to be hearing a word about it from the mainstream media anytime soon.

Jayvon Hatchett, 19, was arrested for aggravated assault and possession of a weapon during the commission of a crime one day after he walked into the AutoZone in Columbus, Georgia and stabbed the random employee. At his arraignment on Thursday, Columbus Police Sgt. R.S. Mills testified that Hatchett “felt the need to find a white male to kill” after watching police brutality videos from all over the nation, according to WRBL.

Police say that Hatchett did not know the victim, who remains in critical condition. Doctors expect the unnamed person to make a recovery. Witnesses said that Hatchet fled the scene after the stabbing. He is now being held without bond at the Muscogee County Jail until his case goes to Superior Court.

At the time of the stabbing, Hatchett was out on bond just three days after being charged with criminal damage to property. Six months ago, he had been arrested for two felonies including aggravated assault, according to WLTZ.

This Comes Days After Shooting Of Jacob Blake

This came two days after the police-involved shooting of Jacob Blake in Kenosha, Wisconsin. It also comes after months of racial and anti-police tensions rising all over the nation in the wake of the death of George Floyd, who died in police custody in Minneapolis, Minnesota back in May.

The mainstream media will not be reporting on this latest stabbing because that would mean admitting that the anti-police and racial hysteria that they have drummed up has only led to more violence.

This piece was written by PoliZette Staff on August 28, 2020. It originally appeared in LifeZette and is used by permission.

Read more at LifeZette:
BLM Rioters set building in Kenosha on fire as families are trapped inside
Bette Midler backs down: Apologizes for mocking Melania Trump’s accent
NBA considering canceling remainder of the season in protest of Jacob Blake shooting

Britain has the highest coronavirus death toll in Europe, but there is still…

What if extreme flooding submerges a chemical plant or snarls traffic? Cities can and…

Hunter Biden Renting in Malibu with Secret Service in Tow

Dark stars: The first stars in the universe

DIY music production software like Logic Pro X is now the mainstream. Here’s what you…

Inflation scare? Look at this chart before freaking out

Weekly poll results: the OnePlus Nord CE is not the new king of the mid-range, but…

Christmas Celebrated Across The World Under Pandemic’s Shadow

Media profits cant come at the expense of Latinx and…

Congress Awards Medals to Police Who Responded to Jan. 6…