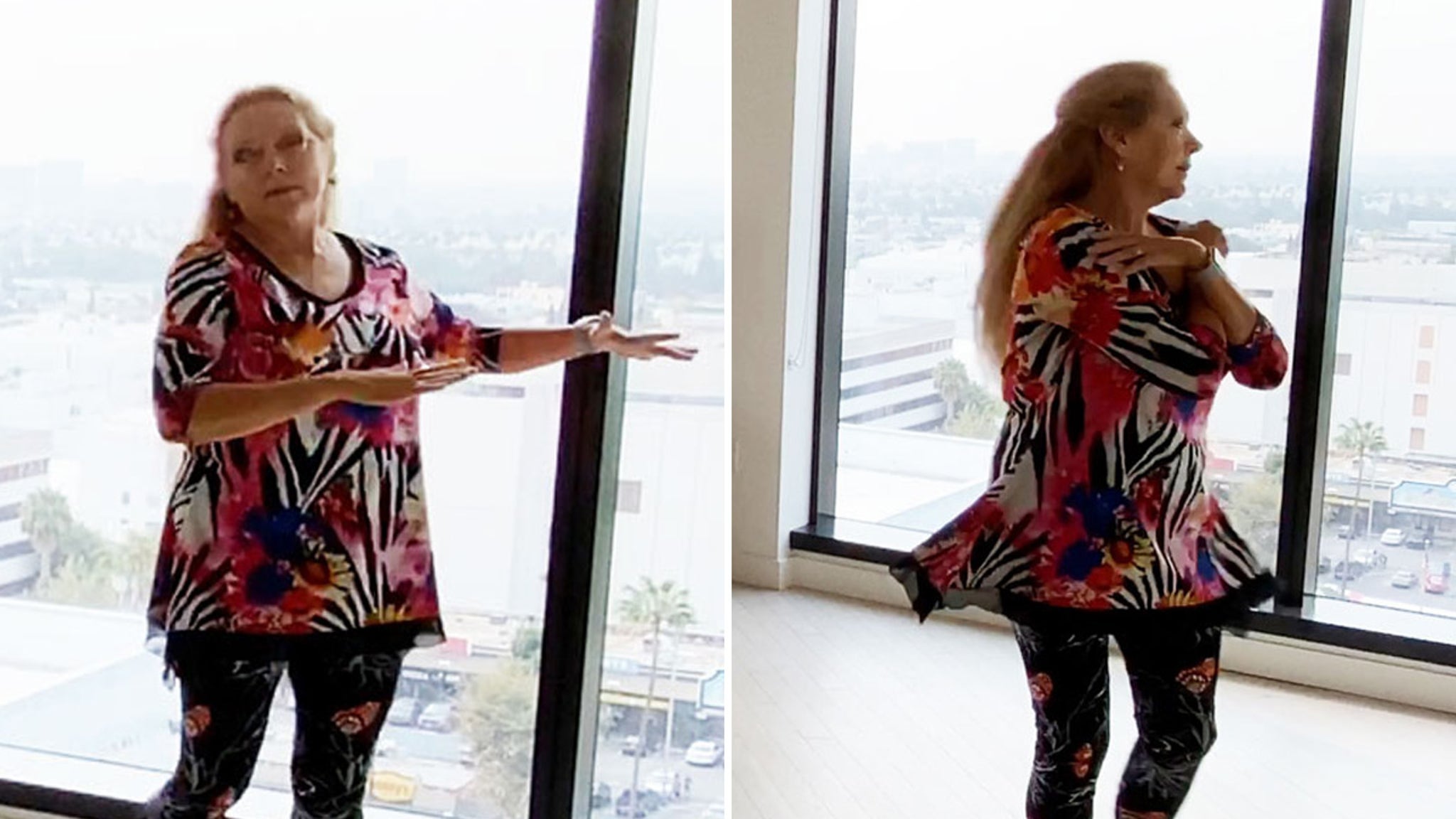 Carole Baskin‘s got the eye of the tiger as she prepares for her big “Dancing with the Stars” debut … and she’s practicing her moves in a way that would make Billy Idol proud.

Sources close to Carole tell TMZ … she’s been dancing with herself in her Los Angeles apartment during her downtime this week as she gets ready for her first ‘DWTS’ number.

Carole’s gearing up for her first dance, which will be to “Eye of the Tiger,” but we’re told she’s not practicing to any specific music … just the music in her head.

With Carole only getting 3 to 4 hours a day of official ‘DWTS’ rehearsal, she’s taking her work home … we’re told she feels she needs more practice and moved the furniture in her living room to create her own dance floor.

Carole’s documenting her progress too … we’re told she’s recording her practice dances on her phone so she can look back and see how far she’s come.

Remember … Carole studied hard and cheaply, before getting on the ‘DWTS’ set … picking up her ballroom basics by watching video tutorials on YouTube.

With some rehearsals under her belt, we’re told Carole is mostly focusing on dance steps and staying on tempo when she’s home alone.

Carole’s costume for her first number will have no feathers or fur, and our sources describe the outfit as a “sunset” with a lot of “cattitude” … whatever that means.

We’re told Carole instantly fell in love with the getup … and she’s already asked producers if she will be allowed to keep it or purchase it after the show, but producers haven’t indicated a final decision.

And, get this … our sources say Carole told her family she thought to herself, “I want to be buried in this dress,” when she first saw it. Thing is, we’re told she plans on being cremated and wouldn’t want the dress to burn. How sweet.

Why the Mossberg 930 Shotgun is Building One Powerful Reputation

Is Gates Thinning the Heard with a Food Crisis?

Doctors are told to see patients face to face

Porsha Williams Says Family Is Everything To Her