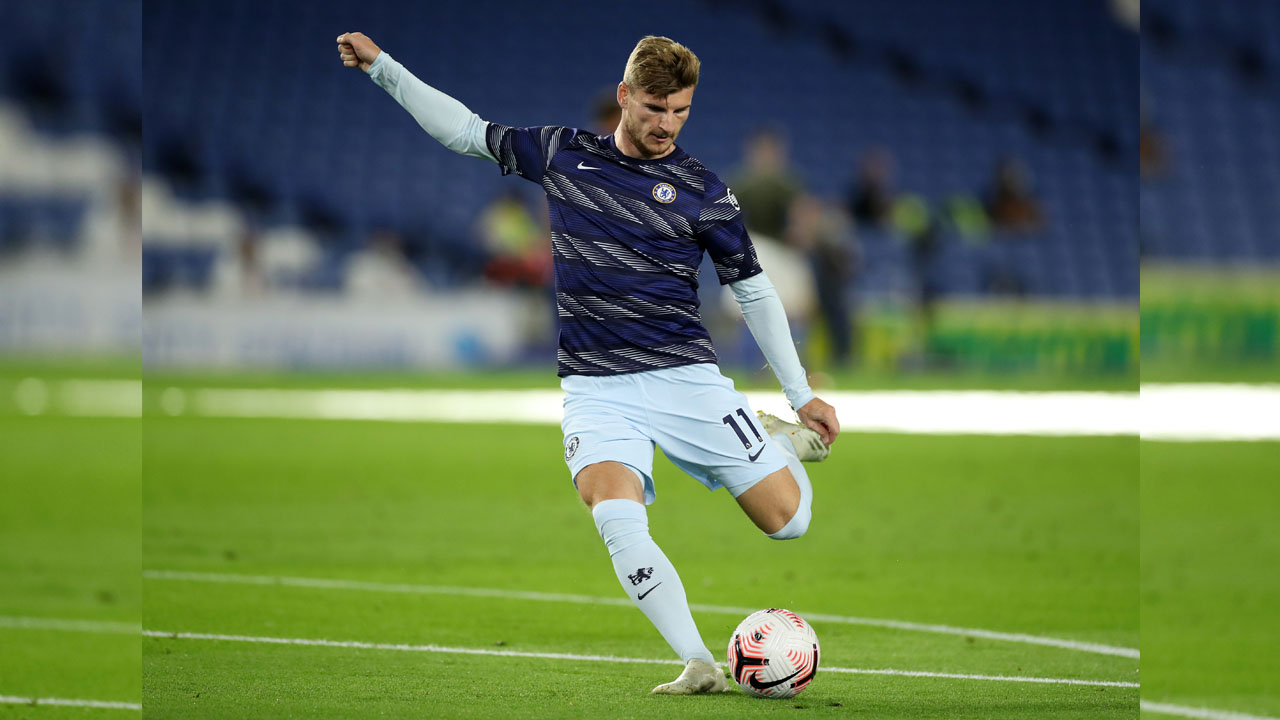 Chelsea’s German striker Timo Werner takes a shot at goal during the warmup ahead of the English Premier League football match between Brighton and Hove Albion and Chelsea at the American Express Community Stadium in Brighton, southern England on September 14, 2020. (Photo by PETER CZIBORRA / POOL / AFP) /

Timo Werner insisted he will be fit to face Liverpool on Sunday after Chelsea’s new striker finished their 3-1 win at Brighton with an ice pack on his thigh.

Werner marked his Premier League debut by winning a penalty that Jorginho converted to put Chelsea ahead, but the Germany star took a whack on his leg as he was tripped by Brighton keeper Mat Ryan in the incident.

The 24-year-old close-season signing from Leipzig was able to play the entire 90 minutes despite the knock and was one of Chelsea’s standout performers.

When he was interviewed after the final whistle with the icing on his injury, Werner said he expected to be fine for the visit of Premier League champions Liverpool.

“The knee of the goalkeeper hit me directly in the muscle and it went very hard,” Werner told Sky Sports.

“The rest of the game it hurt a lot. I couldn’t do some movements because the muscle went very hard, but at the end I’m happy that we won.

“I don’t care about this. In one week it will be good. We did a good game today, we did well, and I’m happy I won the penalty because it was important for our game.”

Werner’s pace and astute movement made him a handful for Brighton’s defence even with the injury.

One of the most prolific strikers in the Bundesliga in recent years, Werner admitted it was a fascinating challenge to adapt to the different demands of the Premier League.

“I played against three massive defenders, you don’t have that in Germany. Happy to be here and I think it was a good first game for me and the team.

“The second game will become harder because it is Liverpool. I tried and did my best and got an assist for the team.

“We had a lot of players not in the rhythm now but I think we will get better and better when we play more games together.”

iPhone 12: Apple’s launch of the new smartphone is coming up fast

How to Find Forgotten / Lost Web Site Passwords on Mac

A new Conservative leader will be chosen this month. Here’s how the vote will work

After Resident Evil, The Witcher And Castlevania, Netflix’s Next Trick Is…

I loved the iPhone 12 event so much I hate it

‘The Right Stuff’ recap: We are all asleep down here…

Similar trends are seen around the world — ScienceDaily