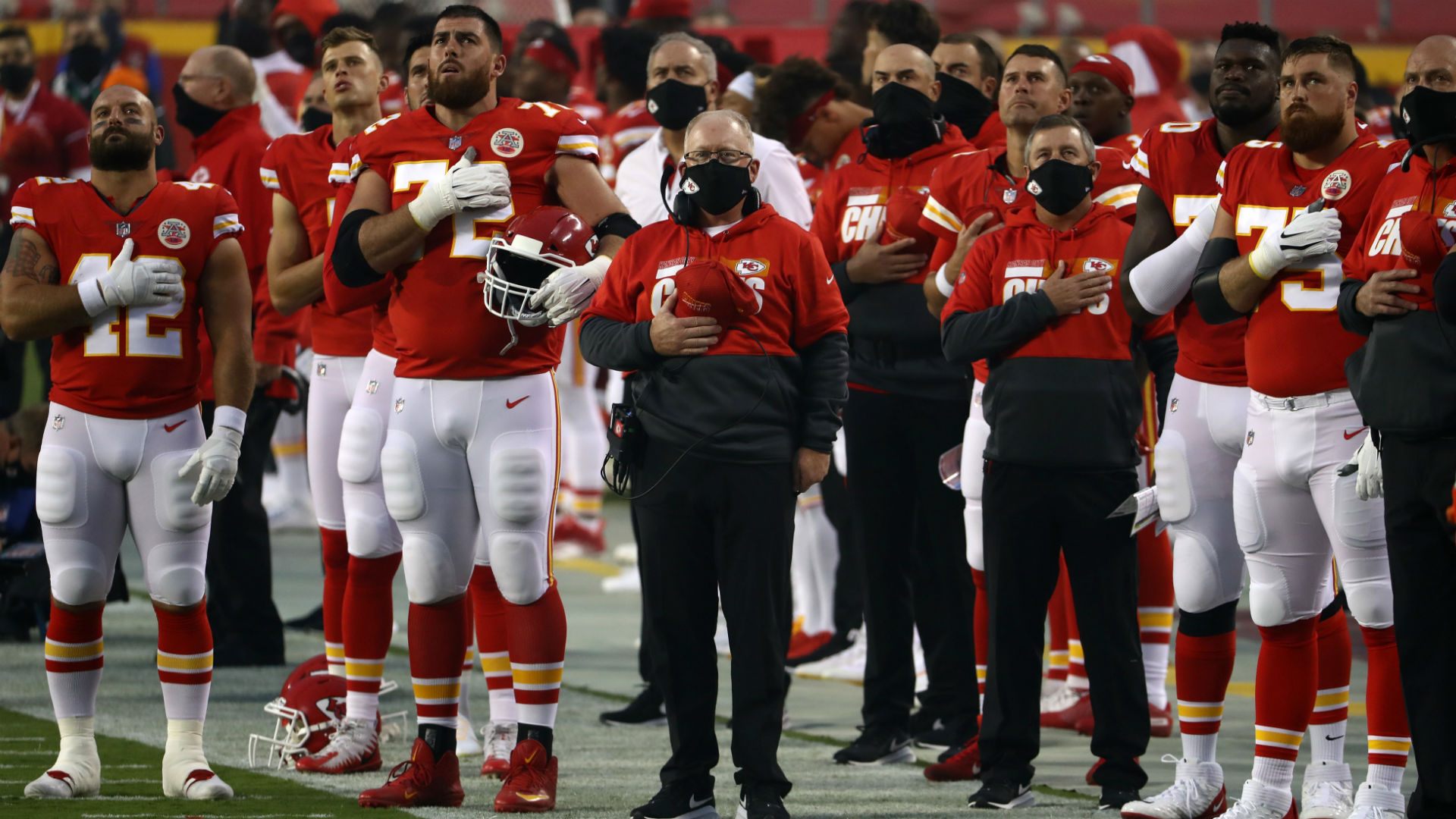 Chiefs and Texans players and coaches lined up and stood together in the middle of the field at Arrowhead Stadium on Thursday night for a moment of unity ahead of the NFL season-opener.

Some Chiefs fans could be heard booing during the moment of unity. Attendance at Arrowhead was limited to 22 percent of capacity by COVID-19 regulations in Missouri.

The Texans left the field following pregame warmups prior to the playing of “Lift Every Voice and Sing,” known as the Black national anthem, which the NFL is playing before Week 1 games. They remained in the locker room until both that song and “The Star-Spangled Banner” ended.

The Chiefs were on the field, lined up along a goal line, for the playing of “Lift Every Voice and Sing” and accompanying video. The Texans were not on the field. The Chiefs have now left the field.

Multiple police killings of unarmed Black people in the U.S. over recent months have prompted protests domestically and globally, and the demonstrations have spilled into sports. NFL players were expected to protest in Week 1 now that their national platform has returned.

Dolphins players already announced they will do on Sunday what the Texans did Thursday night and remain in the locker room for the playing of both anthems.

Get Your Light Sabers Out! A New ‘Star Wars’ DLC Is Available in…

Pfizer booster likely to be OKd by Sept. 20, but Modernas may lag, Fauci says

Coronavirus patients are now facing medical bills of up to $1million

Mexico to call out national guard to protect gas trucks

The Pandemic Has Made Dating Difficult, Even For a Rhinoceros