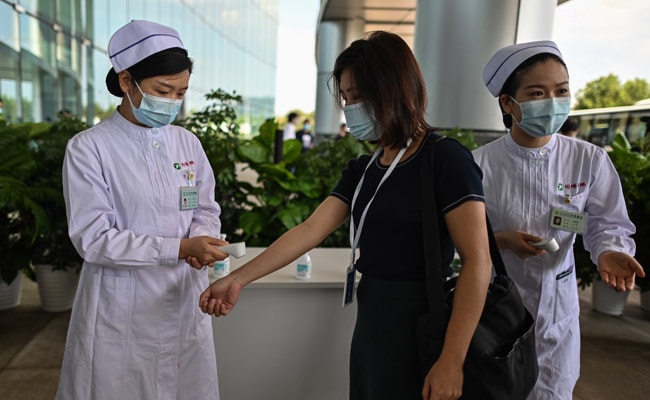 China has called off its biennial airshow due to the coronavirus, a further blow to a global aviation industry heavily disrupted by the pandemic.

The show, scheduled to take place in the southern coastal city of Zhuhai from November 10, was set to feature major companies such as Boeing.

But China remains closed off to most international travellers due to tight restrictions to stop a resurgence of the coronavirus, which first surfaced in the central city of Wuhan before spreading across the globe.

The event takes place every two years and is China’s main aerospace industry exhibition, with products, trade talks and a flying display.

It has been a platform for Beijing to show off military equipment and technology such as stealth drones, as well as to unveil a replica of China’s first permanently crewed space station.

While Asia’s biggest air show in Singapore went ahead in February — with measures in place to guard against the deadly pathogen — over 70 exhibitors including industry giant Lockheed Martin chose to skip the show.

This year global air travel has been decimated as countries close borders and tourists stay home.

Qatar Airways said in June it will not take any new aircraft in 2020 or 2021, deferring orders with Boeing and Airbus as demand diminishes amid the coronavirus crisis.

The virus has also led to the cancellation or postponement of major events including the Olympic Games in Japan.

Ronaldo at the double, France see off Croatia in World Cup final repeat

: SoftBank seeks to raise at least half a billion dollars for a blank-check company

Republicans Will Replace RBG, But Dems Hold the Trump Cards

Researchers identify oral bacteria as the major cause for periodontitis, a gum…

Oat Milk, Almond, Dairy or Soy? A Dietitian Breaks Down Your ‘Milk’…

Random: Playing Switch With A 1977 Atari Joystick Is Neat, If A Little Impractical

The U.S. Marine Corps May Have a New Mission: Sinking Submarines