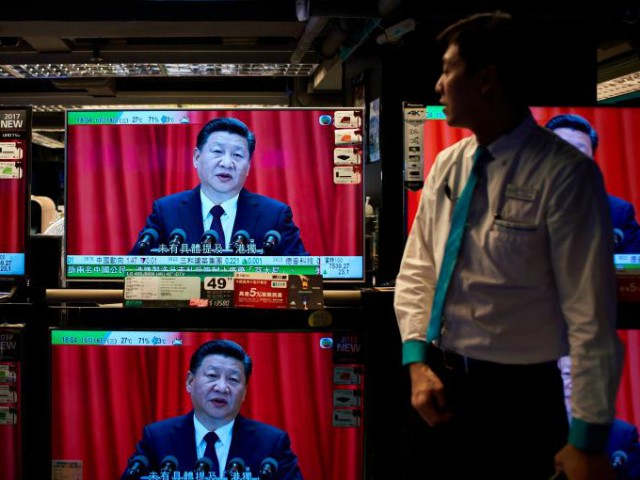 The official newspaper of the Chinese Communist Party (CCP), the People’s Daily, disparaged on Sunday the growing number of lawsuits against China for its mishandling of what became the Chinese coronavirus pandemic as a “political farce” and a “shame for human civilization.”

The People’s Daily focused on lawsuits in the United States, specifically those that legal authorities have filed in states like Missouri and Mississippi, despite the fact that multiple nations – including Nigeria, Egypt, and Italy – are entertaining similar legal action against the Chinese communist regime for failing to properly address the outbreak when it began in Wuhan, a city of 11 million in the heart of the country. The state lawsuits may soon be aided by Congressional legislation carving out an exception to China’s sovereign immunity in U.S. courts.

Chinese officials initially reacted to reports of a contagious disease spreading in Wuhan by arresting doctors sharing safety tips online. When it alerted the World Health Organization (W.H.O.) to the discovery of a new virus, Beijing falsely claimed it did not spread from person to person, a claim the W.H.O. shared with the world. China also pressured countries not to impose travel restrictions on its citizens to prevent the spread of the virus, though it now claims that only “imported” cases are a threat and strictly curtails entry into the country.

One study found that China properly abiding by international public health law could have prevented as many as 95 percent of its documented coronavirus cases.

The People’s Daily nonetheless railed against legal attempts to hold the country accountable, calling them a “political farce” and an affront on longstanding principles of sovereign immunity.

Many international states, including America, adhere to the principle of sovereign immunity, banning its individual citizens from suing foreign states in court. This principle has exceptions – for example, crimes against humanity and war crimes are typically considered the jurisdiction of any court on earth – and American lawmakers have made it possible for its citizens to sue some states in extraordinary circumstances. The most recent instance of this was a law passed during the tenure of President Barack Obama, over his veto, to allow Americans to sue Saudi Arabia for damages related to the September 11, 2001, jihadist attacks.

Sovereign states can be sued in the International Court of Justice (ICJ), but only by other state entities.

In an article titled “U.S. Practice to Claim Compensation for COVID-19 Outbreak a Shame for Human Civilization,” using the W.H.O. name for the Chinese coronavirus, the People’s Daily accuses American officials first of somehow violating international law by noting that the virus originated in China.

“The political farce staged again and again by the U.S., a major country that touts itself as an ‘international leader,’ is astonishing people around the world,” the article asserted.

“U.S. politicians blatantly violated the rules and called the novel coronavirus ‘Chinese virus’ and ‘Wuhan virus.’ While the international society is generally lauding China’s contribution made at huge sacrifice, they are forming cliques for blackmailing,” the People’s Daily accused. “What they have done is an affront to international law and justice. The terms about sovereign immunity in the international law stipulate that the practices and treasure of a country are not bound to the legislation, jurisdiction or administration of other countries.”

“Blatantly trampling upon the sovereignty of other countries and damaging the international rule of law with supremacy, the U.S. is standing on the totally opposite side of international justice,” the column, signed under a penname that implies it is the opinion of the People’s Daily itself, read.

The article then veered into a host of conspiracy theories that have now become regular content in Chinese state media: speculation that the virus originated at a U.S. Army laboratory in Maryland, a vague attempt to tie the pandemic to the use of electronic cigarettes in the United States, and blaming the Wall Street Journal single-handedly for causing the 2008 financial crisis.

“The political manipulation by certain Americans who ignore facts and fabricate data has no moral baseline and deviates from humanity,” the article concluded, urging Americans to listen to “the civilized world” and stop questioning the Communist Party.

The article appears largely to be a response to the Missouri and Mississippi lawsuits, which contend that China must pay redress to Americans hurt physically or economically by the pandemic because the Communist Party could have prevented it from hurting them and chose not to.

“The repeated unlawful and unreasonable acts and omissions of [China] have been injurious to — and have significantly interfered with — the lives, health, and safety of substantial numbers of Missouri residents, ruining lives and damaging the public order and economy of the State of Missouri,” the lawsuit read in part.
The Global Times, another belligerent Chinese state publication, dismissed the lawsuit as “a farce” that has no chance in court because “China’s anti-virus achievements are obvious.” Yet the Communist Party’s mouthpieces have failed to stop publicly fretting about the legal actions.

Outside of America, however, other countries are considering similar action. Last week, the Nigerian law firm Azinge and Azinge announced its intention to bring to court a lawsuit against the state of China seeking $ 200 billion in damages as a result of the coronavirus pandemic and the extensively documented acts of racism against black people in China. The Communist Party has claimed for weeks that foreigners were bringing coronavirus into Chinese communities despite the virus originating in the country, resulting in incidents of restaurants, including a local McDonald’s branch, posting notices that black people would not be allowed on the premises. Han Chinese landlords also enacted a mass eviction of black tenants in southern Guangzhou city.

In perhaps the most damning twist against China, the Communist Party itself allowed a lawsuit to move forward last month against Hubei province, where Wuhan is located, for mismanagement of the coronavirus outbreak there.

Here’s how UX design can protect users’ security and privacy

How to Deploy Emotional Intelligence for Work Success

Microsoft Office gets mouse and trackpad support for the iPad

3 Websites That Pay You for Shopping

Interview: The women behind the Oxford/AstraZeneca covid-19 vaccine

Ripple is Hiring Director of Engineering for RippleX Platform

Lipid biomarkers in urine can determine the type of asthma