Chris Cuomo, Who Joked With His Brother While Thousands Died In NY, Has On-Air Meltdown Over Trump’s Goya Photo 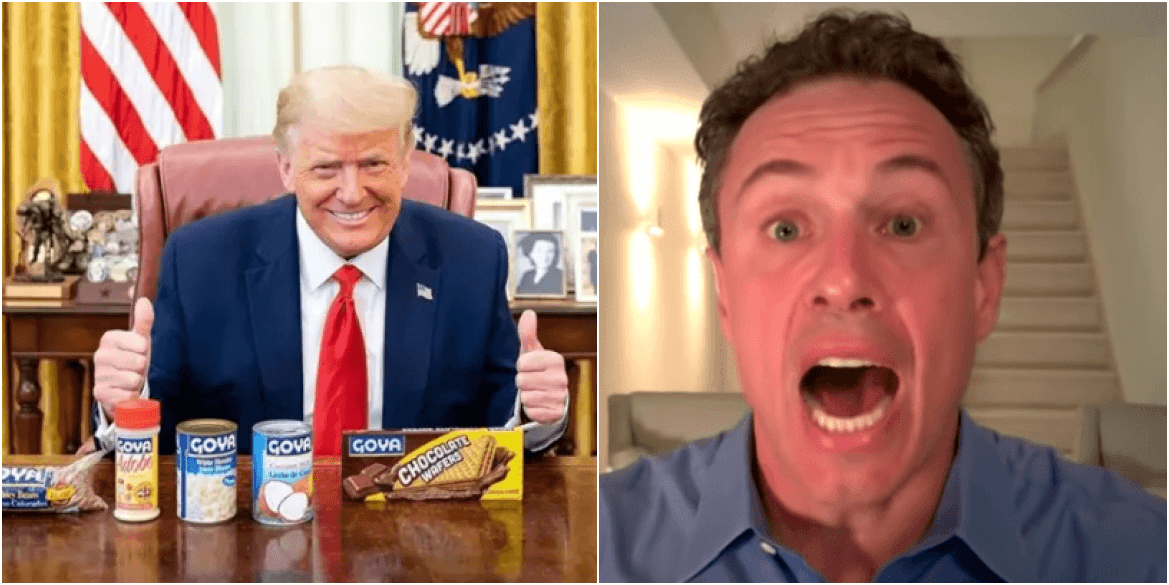 “CNN anchor Chris Cuomo had an on-screen meltdown over President Trump showing support for Goya Foods in an Instagram post.”
The Political Insider reports “The background here is that the company has been the subject of a liberal-fueled boycott after CEO Bob Unanue made supportive comments about the President.”
“We’re all truly blessed at the same time to have a leader like President Trump, who is a builder,” he said at a White House event, prompting outrage from the left.
“Earlier this week, Ivanka Trump, the president’s daughter, and senior White House adviser, posted an image of herself holding a can of Goya black beans.”
“Her father one-upped her, hilariously posing at his desk with an assortment of Goya products.”

Ancient Rome: From city to empire in 600 years

Politics Podcast: Most Americans Don’t Blame God For All The…

The Many Bob Doles, All of Them Honorable