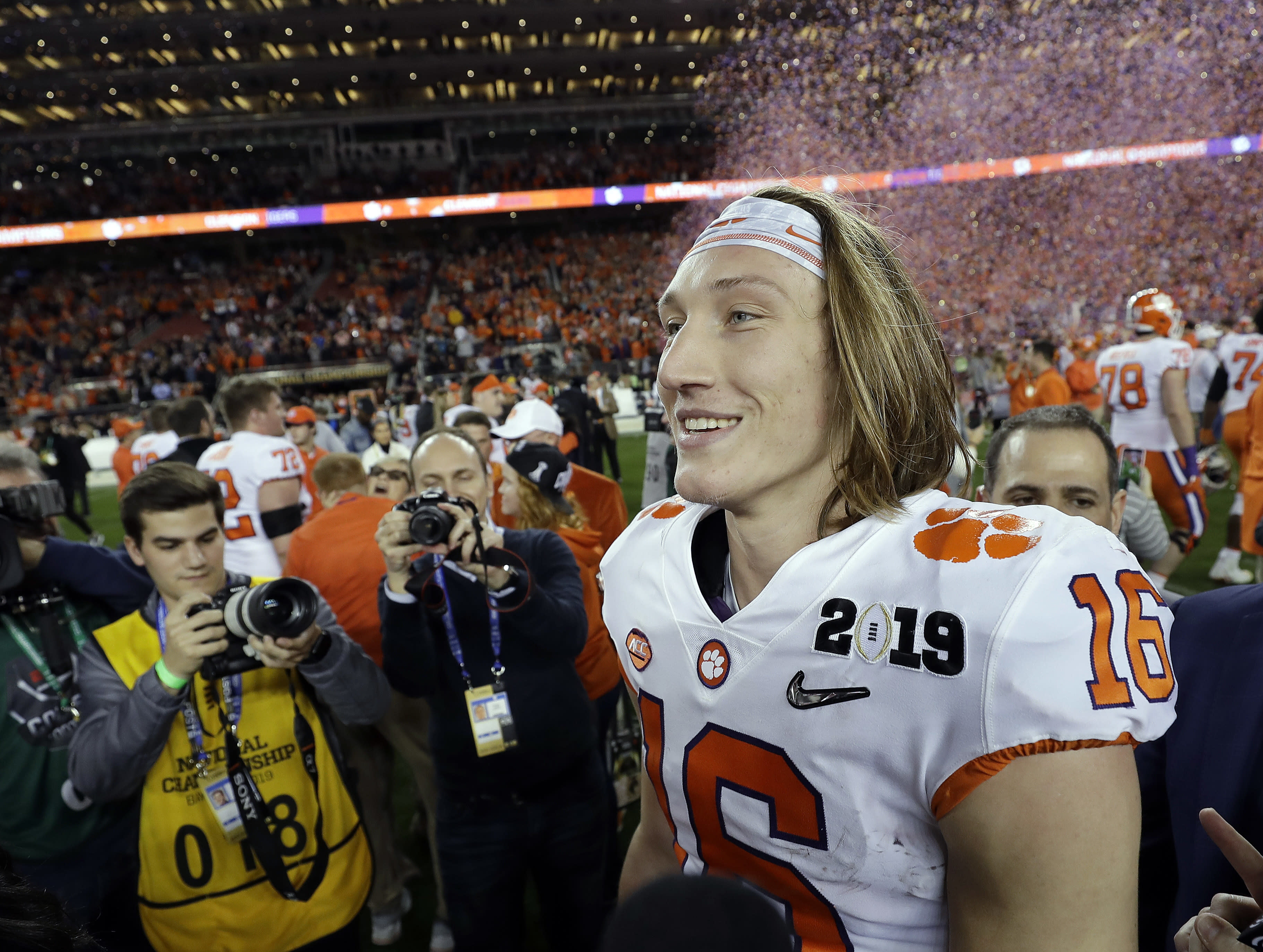 Clemson quarterback Trevor Lawrence is the odds-on favorite to go first overall in 2021 NFL draft. Now, he’s got something in the future to be even more excited about.

Lawrence announced his engagement to girlfriend Marissa Mowry late Friday night through an Instagram post. Naturally, he turned to Clemson’s Memorial Stadium for the official proposal.

Mowry, a soccer player at Anderson University, announced the engagement on her own Instagram, calling it the “Easiest YES of my life.”

Lawrence and Mowry have dated on and off all the way back to eighth grade in Cartersville, Georgia, per ESPN. They made headlines earlier this year with a COVID-19 relief fund that ended up getting spiked due to Clemson’s fear of NCAA violations.

Now entering his junior year at Clemson, Lawrence has done nothing but live up to his hype as one of the best quarterback prospects in recent football history. He currently holds a 25-1 record at Clemson, with a College Football Playoff championship ring already in hand.

However, the college football season ends up shaking out, Lawrence is expected to be the top pick in next year’s draft, or at least in the top 3.

Giant Caves on Alien Worlds Could Be Havens For Life, Scientists Say

How Has the Coronavirus Impacted Canadian Immigration?

The electric hum of life may have originated with primordial lightning

Grant Imahara Has Died At 49…

Giant Caves on Alien Worlds Could Be Havens For Life, Scientists Say

John Lewis, congressman and US civil rights pioneer, dies at 80