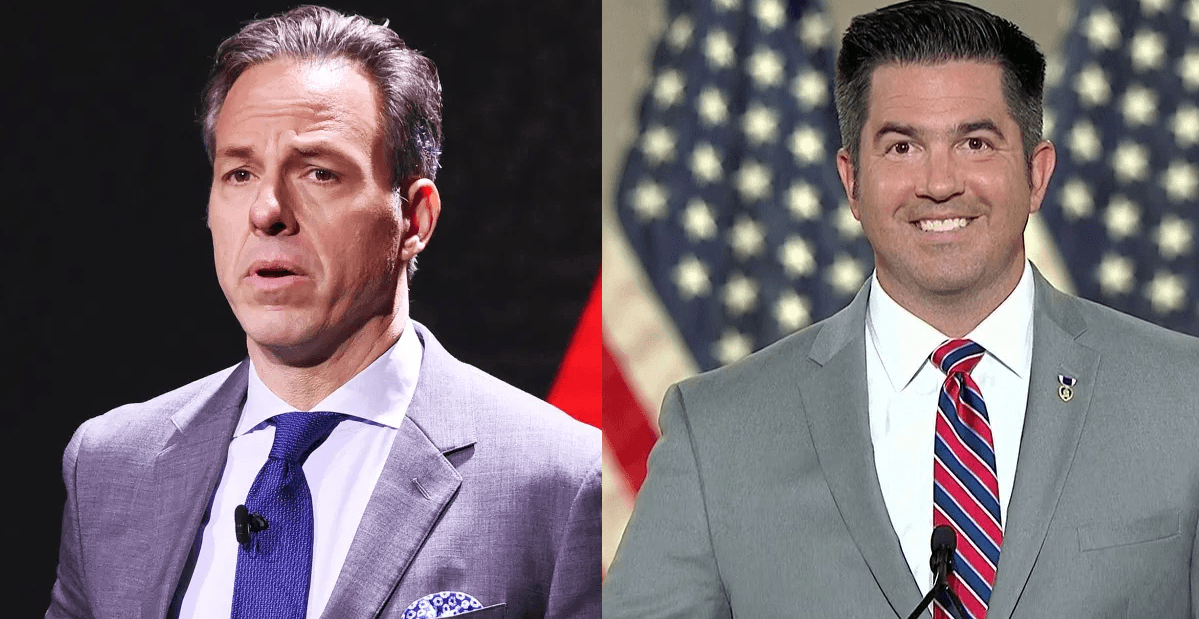 CNN’s Jake Tapper has kept pestering Republican Sean Parnell for a joint statement dismissing a story that he tried to get him to change congressional districts.

“A CNN Anchor Interfering In A National Election”

The “State of the Union” host has been rocked by scandal since the start of this month, after a Breitbart News story alleged that he attempted to persuade Parnell to run in a different congressional seat than incumbent Democrat Conor Lamb.

“Jake knows exactly what he is doing here,” the source told Breitbart. “This is a swing district in a swing state — Jake knows that Sean can bring out voters that might otherwise stay home but if they come out, they’re voting for Trump. Those votes could deliver the state and the election to Trump. This is nothing short of a CNN anchor interfering in a national election.”

Tapper Denies Claims, But Evidence Comes Out Against Him

Responding to the initial story, Tapper told former Director of National Intelligence Ric Grenell that it was completely untrue, and denied messaging Parnell at all about the election. However, in a DM obtained by Fox News sent to Parnell by Tapper, the CNN host said that he wasn’t trying to stop him from running, only “trying to talk [Parnell] into running in a safer [Republican] district.”

Parnell also confirmed the persuasion from Tapper in an interview with Mark Levin.

“Back in October, I told Jake I had little interest in running in a safe Republican seat. Why would I run against one of my future Republican colleagues, that I consider friends, and they’re doing a good job,” Parnell said.

“I told him I had little interest in the status quo, and my mission is to take back the House, to take the gavel away from Nancy Pelosi, and give the power in this country back to the people,” he continued. “Ultimately, I wanted to give the people of Western Pennsylvania a voice in their political destinies because right now they don’t have one.”

Tapper “Like A Teenage Girl Who Lost Her Prom King Boyfriend”

Now a new source has told Fox News that while Tapper has stayed silent in public, he has been blowing up Parnell’s phone, demanding the two issue a joint statement to shut down the story for good, and is acting like “a teenage girl who just lost her prom king boyfriend.”

“I was with Sean the day one of these stories broke. Tapper was blowing up his phone like an obsessed lunatic,” the source close to Parnell said. “Everyone knew it. By the end of the day, every time Sean’s phone rang or beeped, half a dozen people would roll their eyes, turn to Sean and ask, ‘Tapper?’”

Tapper has also tried to claim that he and Parnell are simply good friends, but this is a “massive overstatement” according to the source, who does not work for Parnell’s campaign.

“They’re professional acquaintances at best, this is a distraction for Parnell,” the source continued.

Now this is something that makes total sense to me! I can just imagine now, Tapper pacing round his room, upset that his tactic to give the Democrats another solid congressional win has backfired on him completely, and showed him up for the political operative he is! I can’t wait to see how this drama unfolds – I think I might need more popcorn!

Just how ‘bloody’ will the Super Flower Blood Moon eclipse this week be?

Watch: Aaron Taos ‘I Must Be In Love’

Census Bureau needs outside help to save the 2020 census from political meddling,…

What can an investor do in the face of racial injustice? The answer is changing

What if The Heart of The Milky Way Isn’t Actually a Black Hole Like We Thought?

Im 60 and have $1 million in my retirement accounts. My house needs a new roof.…

US: Man charged in Illinois bowling alley shooting that killed 3