A quick summary of developments:

04:10 GMT – Japan ignores ridicule to press ahead with ‘Abenomask’

They might have been widely ridiculed as ineffective and a waste of money when first announced, but Japan is pushing ahead with plans to give 80 million ‘Abenomasks’ to nursing homes and day care centres.

“The masks are relatively low cost and help curb demand,” he told reporters.

Commercially-made masks are now readily available even as cases climb in Japan.

Australian Prime Minister Scott Morrison has cut short an interstate tour because of what he says is a “very complex” outbreak of coronavirus in nursing homes in the southern city of Melbourne.

Morrison said community transmission in Australia’s second biggest city was finding its way into homes for the elderly, who are more at risk from coronavirus, through the people working in the facilities.

Victoria Premier Daniel Andrews has said 769 cases have been linked to nursing homes.

“I cannot stand here and tell you that I have confidence that staff and management across a number of private sector aged care facilities are able to provide the care that is approporate to keep their residents safe,” Andrews told reporters.

Vietnam has suspended all flights in and out of the central city of Danang after a sudden spike in coronavirus cases there.

Flights will be suspended for 15 days, and train services have also been halted.

The Danang cases are the first community infections since April.

An evacuation plan for local visitors to the popular tourist destination was announced yesterday. 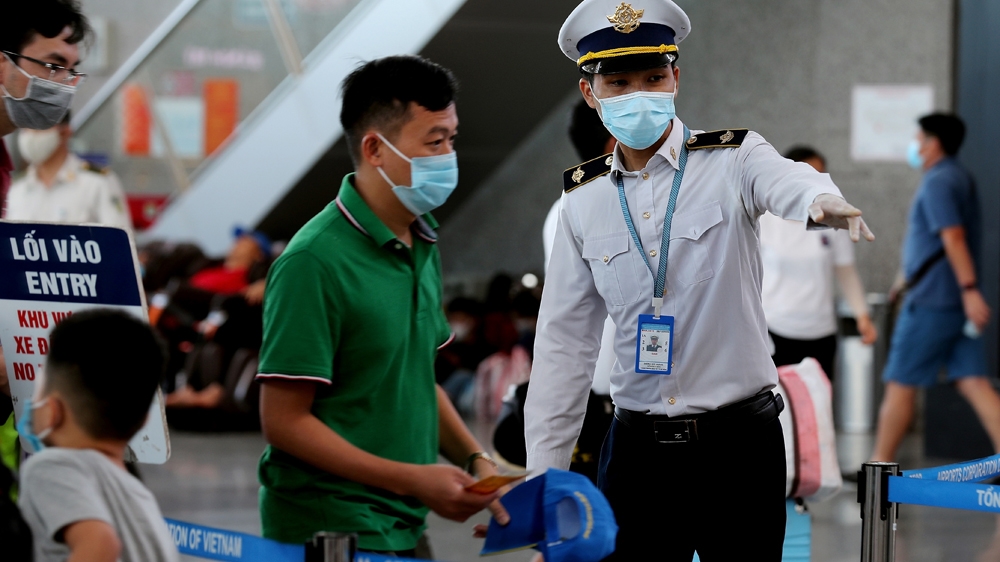 Mainland China has reported 68 new cases of coroavirus, with 64 of them locally transmitted.

57 of the local cases were diagnosed in the far western region of Xinjiang, according to state media.

No deaths from COVID-19 were reported anywhere in the country.

The Australian state of Victoria has reported 384 new cases of coronavirus and six deaths in the past 24 hours.

On Monday, the state reported a record 532 cases.

Peru says more than 900 girls and women are feared to have died as a result of domestic violence during the country’s extended coronavirus lockdown.

“During the quarantine from March 16 to June 30, 915 women in Peru were reported missing,” and feared dead, Elionar Revollar, the head of the women’s rights office of the National Ombudsman was quoted as saying by AFP.

Some 70 percent of those missing were under the age of 18, she added.

The number of women reported missing each day has risen to eight compared with five before the pandemic.

Writing in The Lancet, a team of experts modelled the impact on 118 poor and middle-income countries. They found the prevalence of moderate or severe wasting among children under five would increase by 14.3 percent, which works out to an extra 6.7 million cases.

“The profound impact of the COVID-19 pandemic on early life nutrition could have intergenerational consequences for child growth and development, and life-long impacts on education, chronic disease risks …” the researchers wrote.

Wasting occurs when the body is so malnourished that muscles and fat begin to disappear.

Read all the updates from yesterday (July 27) here.

Are You Mapping Your Money? Here’s What it is and Why You Should Do It

Should you ditch your gaiter as a face mask? Not so fast, scientists say

Triple Bottom Line: How ESG Creates Value for Your Business

The best coding toys for kids

Boeing’s F-15EX Fighter: Everything India Needs to Take on Pakistan and China

Kandi Burruss Has Fans Excited With This Announcement