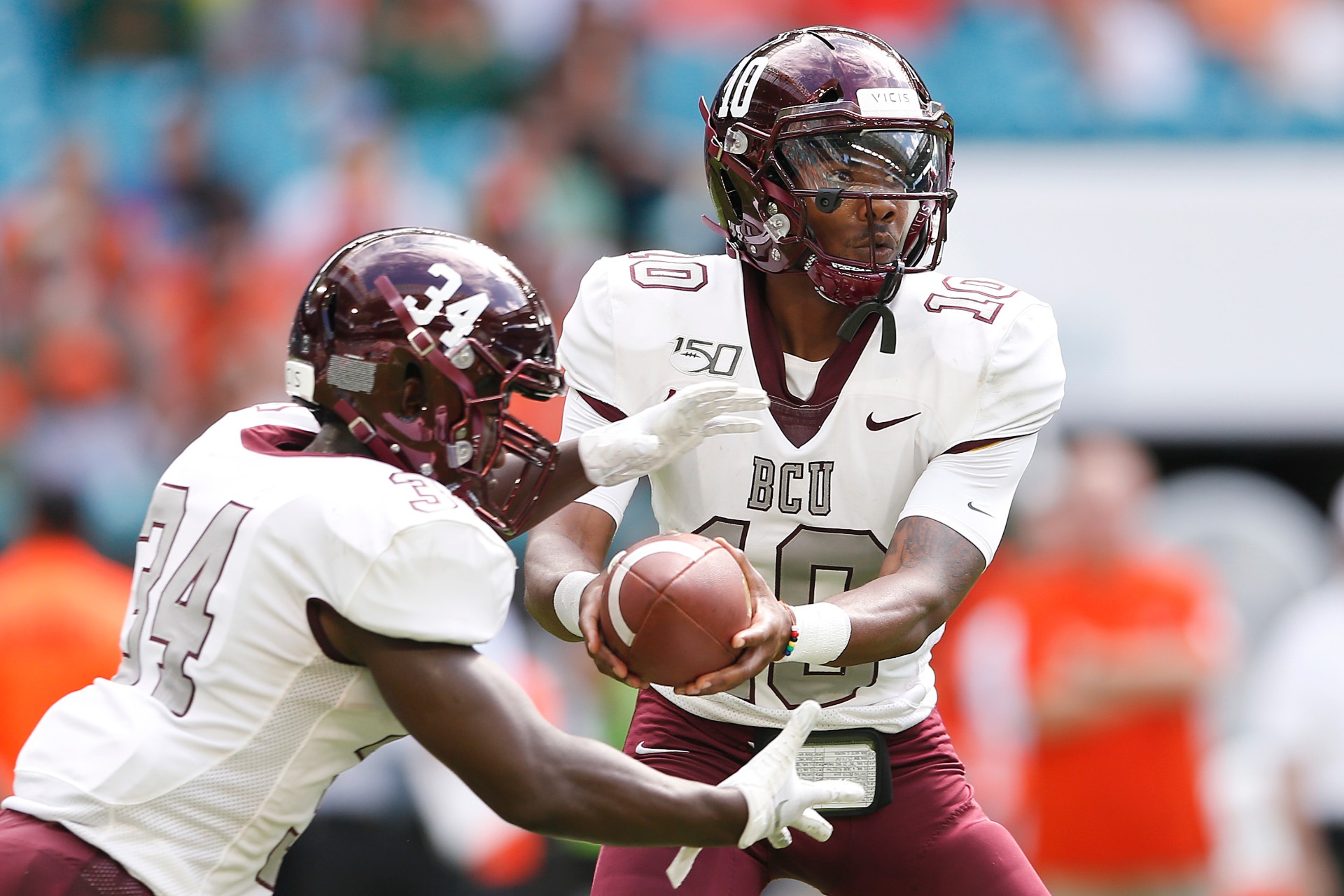 The COVID-19 pandemic continues in the United States, and it continues to have an impact on all levels of college football.

Some conferences have already been forced to cancel the 2020 season as a result. With those cancellations mounting, Sporting News looks at the divisions, conferences and programs impacted by the coronavirus pandemic.

The most recent cancellations will be put on top as July and August unfold:

On July 13, the Patriot League canceled fall sports, which hit the seven FCS programs in the conference. Bucknell, Colgate, Fordham, Georgetown, Holy Cross, Lafayette and Lehigh are the schools that were impacted. Patriot League members Navy, which plays in the American Athletic Conference, and Army, which is a FBS independent, were granted exemptions in football.

On July 12, The Athletic reported that the National Junior College Athletic Association will move football season to the spring of 2021. According to The Athletic, junior college will play a season that runs from March 25 to May 22. There are 65 junior college football programs in the United States impacted by the decision.

On July 10, the Ivy League canceled its fall season. That decision impacts eight programs in Brown, Cornell, Columbia, Dartmouth, Harvard, Penn, Princeton and Yale. There has been no determination whether the conference will move to a spring season.

The Centennial Conference — a Division III conference with 10 football schools — suspended fall sports on July 7. Those affected schools are Dickinson, Gettysburg, Franklin & Marshall, John Hopkins, Juniata, McDaniel, Moravian, Muhlenberg, Susquehanna and Ursinus. The league will look at moving those fall sports to the spring, and that could include football.

Opinion: Ford and GM shares could get a boost if they create a special ‘Class…

Journals Opening up to Science Expertise from South

Scientists Said These Stars Were Too Small to Exist, But We Finally Know Their Secret

Wearing a mask is better than social distancing in EVERY scenario, study finds

Curation of news pieces suggests that there isno easy Cure for COVID Costs..

60% of US Population Fully Vaccinated

Barcelona exit Champions League after defeat at Bayern | The…

Where the top quarterbacks in the transfer portal are…