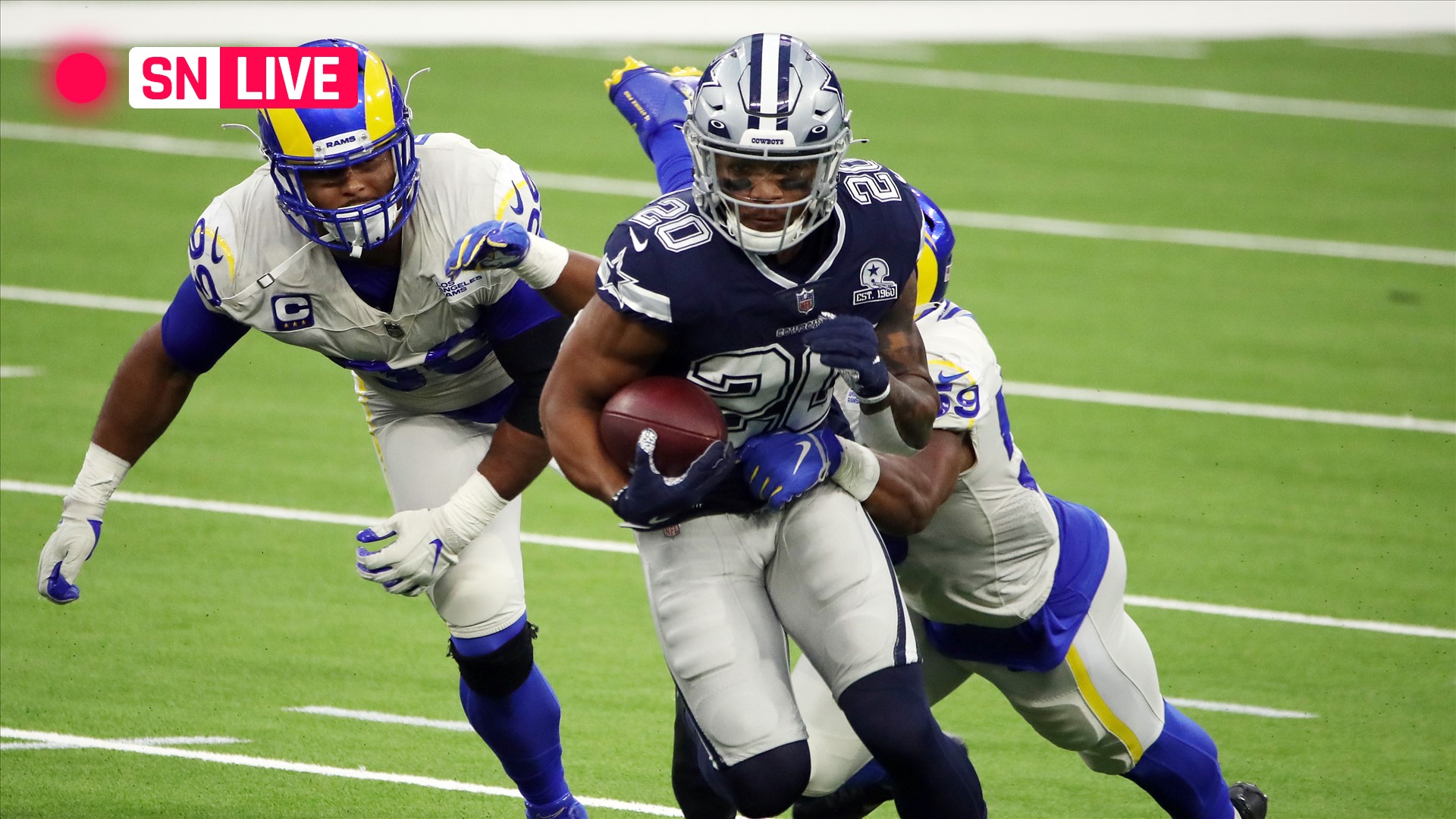 Still without a long-term contract, the Cowboys’ quarterback can ensure he’s one of the best paid passers in the NFL with a strong 2020 campaign. He has all of the weapons he could want, from the receiving trio of Amari Cooper, Michael Gallup and Ceedee Lamb to the ever-reliable Ezekiel Elliott in the backfield.

Los Angeles, which debuts its $ 5 billion SoFi Stadium on Sunday night, has already given its own signal-caller a mega contract. While Jared Goff hasn’t been a dud, the team still would like better production than the 22 touchdowns to 16 interceptions he delivered in 2019. After all, Goff is making $ 25.5 million this year.

The Cowboys and Rams are expected to be NFC playoff contenders this year after missing the postseason last season.

Sporting News is tracking live scoring updates and highlights from Cowboys vs. Rams on ” Sunday Night Football .” Follow for complete results from the NFL Week 1 game.

9:44 p.m.: TOUCHDOWN, Cowboys. No doubt about that one. Elliott powers up the middle from the 1 and has no problem finding the end zone. 14-13, Cowboys.

9:40 p.m.: TOUCHDOWN, Cowboys (negated by review). The ruling on the field is a Prescott rushing touchdown, but it looks like he was down at the 1. UPDATE: Prescott was indeed short.

9:34 p.m.: Cooper, Lamb and Gallup each have catches on this Dallas hurry up drive. Looks like the Cowboys are going to get at least a field goal attempt before halftime.

9:12 p.m.: FIELD GOAL, Rams.  Man, the Rams are wasting their scoring opportunities. They settle for three points after easily driving into the red zone. They should have far more points considering they’re already over 200 yards.  10-7, Los Angeles.

9:11 p.m.: Cowboys linebacker Leighton Vander Esch has been ruled out with a collarbone injury.

9:08 p.m.: The Cowboys are completely lost on defense right now. They aren’t stopping the run or pass. Los Angeles is inside the Dallas 25.

9:01 p.m.: TOUCHDOWN, Cowboys (confirmed by review). Elliott catches a screen pass and pushes his way into the end zone. This game seems like it might become high-scoring in a hurry. 7-7.

8:59 p.m.:  CeeDee Lamb reels in his first career reception, and it’s for a big gain. Dallas is now in the red zone.

8:50 p.m.: No good. Rams kicker Samuel Sloman misses a 29-yard chip shot after another long Los Angeles drive. Cowboys should feel fortunate to only be down one score right now.

8:43 p.m.: Malcolm Brown takes the ball past midfield. He’s been a more effective running back than Cam Akers in the first quarter.

8:36 p.m.: As he often does, Aaron Donald ruins an opposing drive with his first sack of the season. Cowboys are forced to punt.

8:22 p.m.: We’re underway. Welcome back to the joy of Sunday Night Football. Rams get the ball first.

Here’s the full schedule for Week 1 of the NFL season, plus final scores and how to watch every game live.

Model this art market illiquidity what would Hayek say?

U.S. extradition fight for Huawei CFO back in B.C. court with evidence hearings

Pokémon GO Has Made Over $1bn In 2020, Making This Its Best Year Yet

Half of Americans Believe This Falsehood About Their Insurance

Griezmann likely to miss rest of Spanish league with injury

Sick child this school year? Planning for the inevitable during a pandemic

Where does J.J. Redick rank among the NBA’s all-time…