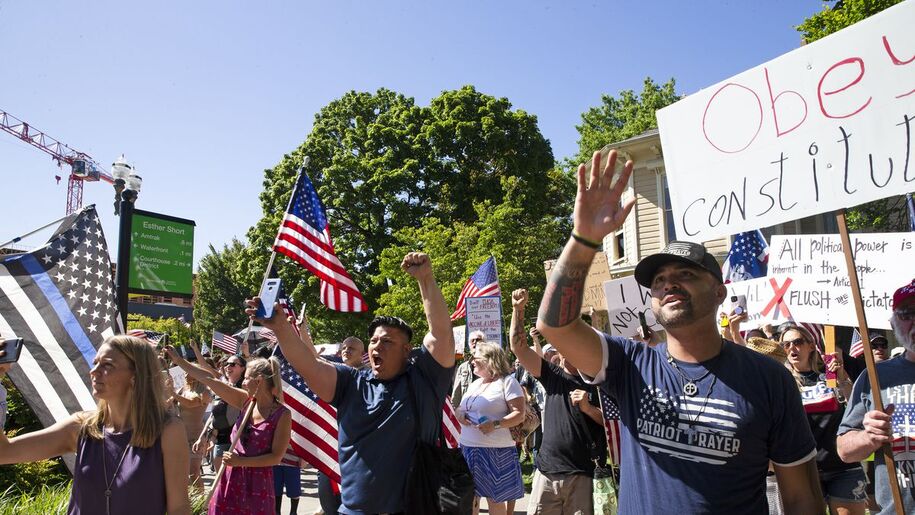 In Portland, the far-right group Patriot Prayer, led by Joey Gibson, has in particular played a large role in inciting violence. As Neiwert explains, Gibson organizes people from rural, suburban, and exurban areas to come to these urban areas to hold these events in the hopes of provoking violence. “They’re very multipurpose … they’re all just there, waiting to get into fights.”

The brutality we have seen in Portland is tied to the violence in Kenosha, Wisconsin as well. Neiwert believes these are all connected by a very far-right belief system—a paranoid worldview that insists on the notion of a notorious cabal of conspirators secretly running the world. What’s more, these militias showing up in places like Kenosha are organized explicitly to be an oppositional force to the Black Lives Matter movement and protests.

Lastly, Neiwert expounds on the growing role of disinformation and conspiracy theories in sowing conflict and violence:

“A lot of it has to do with the ideological common grounds. A lot of the civil discord we’re having right now comes down to an epistemic crisis we’re having, where we can’t even agree as a country on what is real and what is fake. We’ve managed to so disrupt our shared common reality through the arrival of this conspiracy theory sort of media, and the culture that has arrived from that is extremely paranoid, extremely bigoted, and extremely prone to violence.”

You can listen to the full segment here.

Look Back at Your Fave Stars’ First Met Galas

Scientists reprogrammed bacteria to be immune to viruses

How to use Enhance Recording in iOS 14 Voice Memos

When it is So Bad – You Just Have to Laugh!

Lost Sense of Smell Returns for Almost All After COVID

Rooney ‘angry’ after being forced to self-isolate

Amid pandemic, Americans overseas worry about making sure their vote counts

Pelosi Moves to Help Two Members of the ‘Squad’