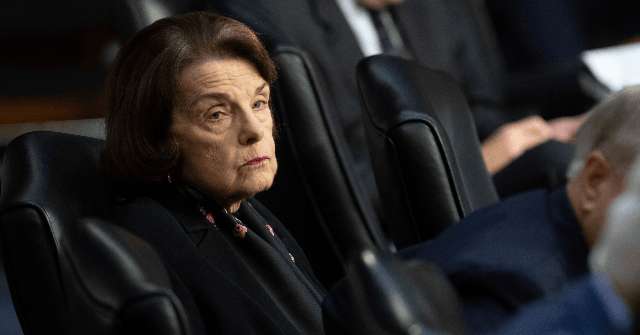 Sen. Dianne Feinstein (D-CA) said in a statement on Thursday that she will propose an amendment to the next coronavirus aid legislation that would withhold aid to states that do not have a mask mandate.

In the last two weeks, 41 states saw an increase in coronavirus cases, with a total of 3.5 million infected nationwide. California, Florida and New York each topped 300,000 cases, and Texas will soon follow. We’ve seen 60,000 new cases in five of the last six days. We’re failing to control this virus and it’s time for serious action.

Research shows that masks reduce transmission of the coronavirus. CDC Director Redfield said this surge in COVID-19 cases could end within two months if we adopt ‘universal masking.’ Businesses like Walmart, Kohl’s and Kroger now require masks. And countries that are successfully controlling this virus require masks. So why doesn’t the United States have a national mask mandate?

Wearing masks in public should be mandatory. Period. Leader McConnell said the Senate will take up the next coronavirus economic relief bill later this month. At that time, I intend to offer an amendment to prohibit sending funds to states that haven’t adopted a statewide mask requirement.

The situation is getting worse daily. Several states including California, Alabama and Montana already require masks in public. This should be universal. My hope has been that other governors would show the leadership to institute their own mask mandates, but so far that hasn’t happened. It’s time for Congress to step in.

“This is a matter of life or death, and partisan politics shouldn’t play a role,” she added.

Opinion: The Nasdaq and the Dow are now trading in a way that was evident just before…

Bill Kelly: Get with the program — wear a face mask

Long-Haul COVID Can Include Chronic Fatigue

My father desperately begged me, ‘Son, get a lawyer. That woman is going to take away…

Biden Extends Mask Requirements for Air Travel Through the Winter

What Are You Afraid Of?