DigiTimes: Arm-Based 13-inch MacBook Pro and MacBook Air to Ship By End of 2020

Apple will release it’s first Arm-based 13-inch MacBook Pro and MacBook Air by the end of 2020, according to a new DigiTimes report today. 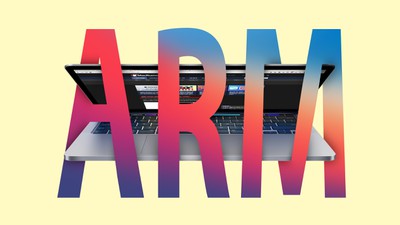 “Taiwan’s supply chain will begin shipping backlit units (BLUs) and other components for the next-generation MacBooks in the third quarter of the year, which could be interpreted as meaning anytime between now and September.” –MacRumors

As Apple is set to release 13-inch ‌MacBook Pro‌ and ‌MacBook Air‌, powered by Apple Silicon, by the end of this year, total shipments of MacBook lineup are expected to reach 16-17 million units in 2020 compared to 14.5-15.5 million units shipped a year earlier, the sources estimated.

How to watch the National Space Society’s virtual event today….

‘There was nothing in our bank account. I didn’t have a backup plan.’ Cut…

Coinbase shares up 3% after hours, as company plans to acquire U.S. derivatives…

Gallagher Premiership: Boxing Day and December 27 fixtures to go ahead after 34…

Covid-19 UK: Nearly 40% of NHS Covid ‘patients’ are not being treated for…

Do all left-leaning institutions need to unionize?

Animal intelligence: The scientists who do magic tricks on birds

J&K delimitation: 6 more seats proposed for Jammu, one for Kashmir

Stocks may be in for more punishment

Watch Bilile Eilish Perform ‘Happier Than Ever’ and ‘Male…

Google Reportedly Working On Its Own Mixed Reality Glasses