Diversity At The Top; A Pathway To Having Healthy Organizational Diversity 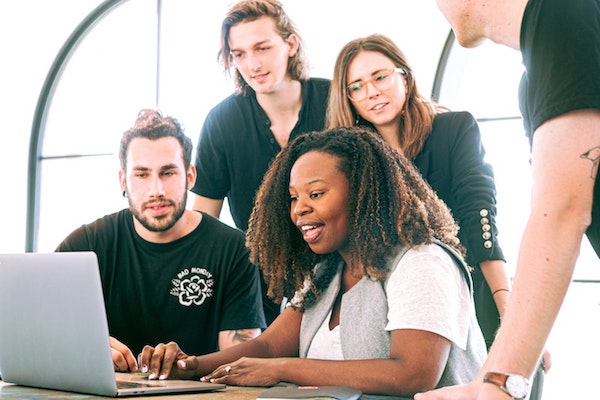 On a leadership team of a commercial uniform laundry, there is a Latina woman leading production, a Latino male leading maintenance and executive projects, a black woman leading administration and a black woman leading HR.  There are two white women, one in the stockroom and one in IT, and three white men, one as CEO and the other two leading sales and service. The ages of this leadership team are from 30 to 70. The workforce is multicultural and of diverse ethnicity.

On another leadership team in another company, you have two Latinas, one head of production and another as head of service. A male Latino in service and three white executives as CEO, CFO and GM. Their workforce is primarily Latino. Their ages are 35 to 55.

As you can see the leadership teams of these two companies are diverse racially, by gender, and by age. Both of their frontline employees are unionized and in cities.  Given the times now and in previous years you would predict that there would be employee turmoil and tension around diversity.

As someone who has facilitated the planning process in both companies and improving internal communication in one, I can testify that they have very engaged work forces. Currently under difficult times, both these organizations are excelling. One of these companies did a pulse survey and got the highest customer service ratings ever.  Another is putting in a new sorting system without skipping a beat.

I have worked with other laundry leadership teams that are much less diverse and much more homogeneous. As their workforces and frontline employees began to include more minority populations, there was more disruption and tension. They also seemed to have much more difficulty in retaining great workers who happened to be minority.

Since growing up in his family’s boating business to founding his company CMI, Bruce Hodes has dedicated himself to helping companies grow by developing executive leadership teams, business leaders and executives into powerful performers. Bruce’s adaptable Breakthrough Strategic Business Planning methodology has been specifically designed for small-to-mid-sized companies and is especially valuable for family company challenges. In February of 2012 Bruce published his first book “Front Line Heroes“.

This is an article contributed to Young Upstarts and published or republished here with permission. All rights of this work belong to the authors named in the article above.

Ocasio-Cortez: ‘We Can Likely Push’ Biden in a ‘More Progressive…

2020 in Review: Vote for the Celebrity Transformations You Can’t Stop Thinking…

If You Want to Be Happy and Successful, Ask Yourself This…