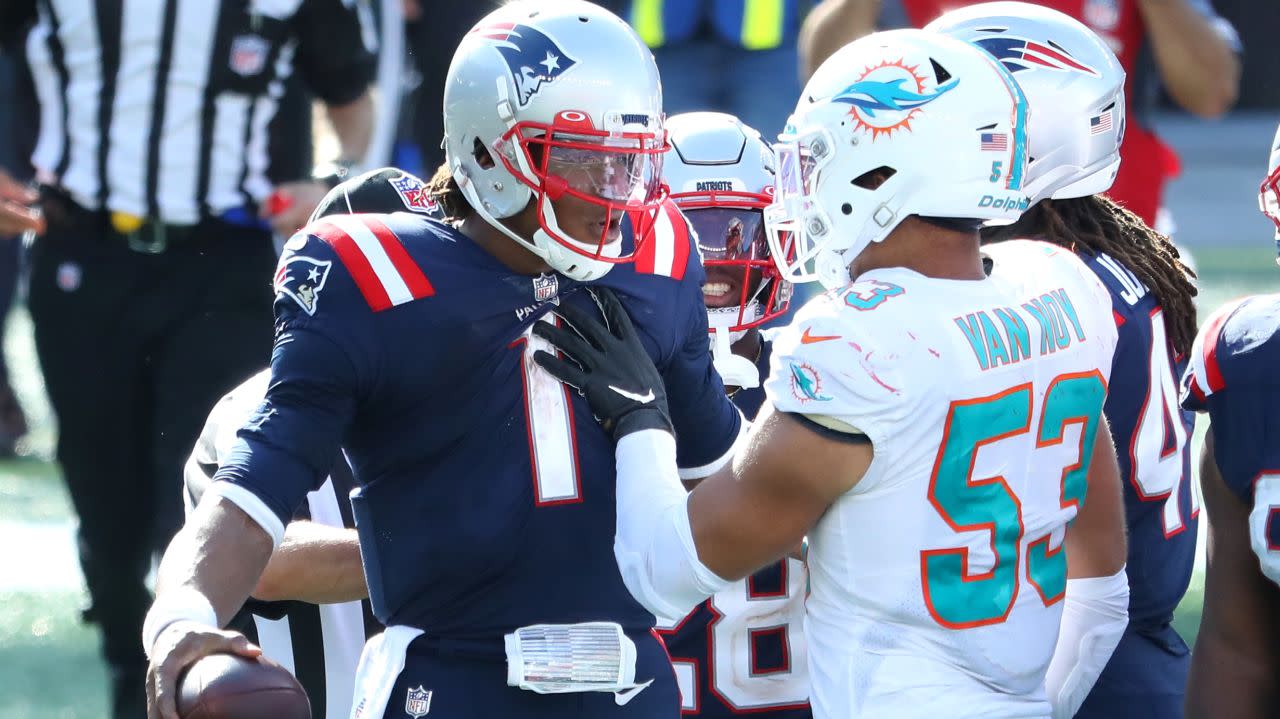 Shortly after the Patriots wrapped up a 21-11 win, Newton and a few Dolphins players appeared to get into a bit of a scuffle on the field. Newton had to be separated from his opponents and was visibly agitated by what had happened.

It looked like Dolphins players were trying to grab the chain Newton was wearing, and the veteran QB confirmed that in his postgame press conference.

Curran: Cam was great, but Pats’ defense was better in Week 1

“They was reaching for my chain. And I think that kind of got up under my skin,” Newton said. He later added: “I still got my chain. I got two of them, as you can see.”

Newton posted on Instagram a photo from Sunday’s victory, along with the following caption:

Two players from the Dolphins defense have replied to Newton’s post (WARNING: NSFW language below).

The Patriots and Dolphins won’t play again until Dec. 20 in Miami, and even though that’s several months away, it’s probably worth circling that game on your calendar now given what happened in Week 1.

An easy guide to the best French wine regions

BARNEY CALMAN: My GP dad once saved a patient’s life by looking at his throat

Listen to Perfume Genius’ Cover of ‘I Will Survive’

Trump is using D.C.-based Republican convention plans to suck more profit out of the…

Astronomers May Have Detected The First Radio Signal From an Exoplanet