Dolphins’ Tua Tagovailoa discusses Deshaun Watson trade rumors: ‘I don’t have any control over those’ 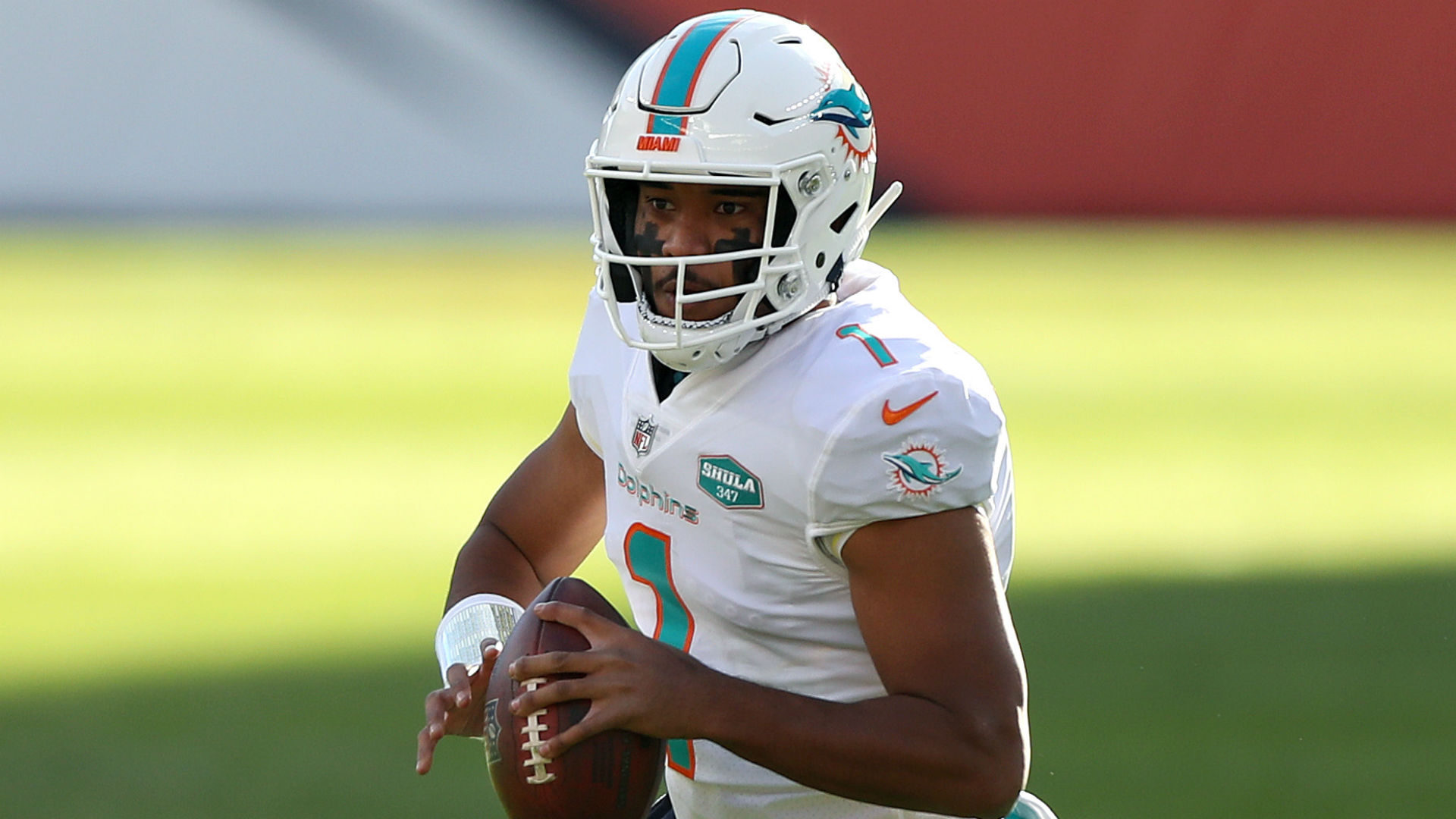 Tua Tagovailoa has heard the myriad trade rumors involving himself and Texans quarterback Deshaun Watson. How could he not have?

But the Dolphins quarterback, coming off what some might describe as a disappointing rookie campaign, isn’t worried about getting moved to Houston after just one season in Miami. The No. 5 overall pick of the 2020 NFL Draft said as much Monday in a radio interview with Dan Patrick:

“That’s something that I can’t control,” Tagovailoa told Patrick. “I don’t have any control over those trade deals and whatnot.”

Tagovailoa was also a good sport when Patrick asked whether he should wait till August to buy one of his jerseys:

Tagovailoa later went on to describe his rookie campaign as “below average” in his interview with Patrick. The rookie went 6-3 as a starter but was repeatedly pulled for veteran Ryan Fitzpatrick — most notably in a narrow win over Las Vegas in Week 16. For the year, Tagovailoa completed 186 passes out of 290 attempts (64.1 percent) for 1,814 yards and 11 touchdowns to five interceptions; he also ran for three touchdowns.

Tagovailoa’s rookie season wasn’t the worst in NFL history, but looked less than favorable when juxtaposed against fellow rookies Justin Herbert, Joe Burrow and Jalen Hurts. That the Dolphins barely missed the postseason, even with a playoff-caliber defense, didn’t help matters.

Tagovailoa certainly has support for 2021 from Dolphins GM Chris Grier and coach Brian Flores — publicly, at least. But that was before Watson’s reported rift with the Texans reached a point that he wanted a trade out of Houston. One of the first speculated trade deals involved sending Tagovailoa and multiple draft choices (including, potentially, both Miami’s Nos. 3 and 18 picks of the 2021 draft) to Houston in return for Watson.

Regardless of whether that trade comes to pass or if Tagovailoa has another shot to prove himself remains to be seen. Although, that is something the second-year quarterback can control.

“In my mind and in my heart I would like to hope so,” Tagovailoa said. “But for me, with the way things went last year, you always have to prove yourself to do better and I want to do better.”

Watch this tiny spider grab a bug 50 times its weight, thanks to some fancy string pulling

The World Best Micro USB Cable For iPhone And Samsung

Donald Trump Declares Election Fraud, ‘If You Count the Legal Votes I…

Imagine him and Koch: Leeds must secure “aggressive” £34m colossus…

This 28-Year-Old Just Became A Billionaire. Some Luck Was Involved

Top 5 Money Matters Discussed at Dinner Tables During the Pandemic

Imagine him and Harrison: Orta could get dream Bielsa player…