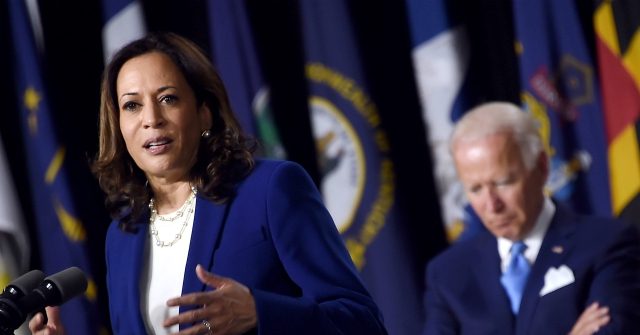 “Harris – who he, today, said ‘Harris/Biden’ because he thinks she’s president,” he said. “Someday you’ll have to explain that one to me.”

Biden made the remark on Tuesday afternoon during a roundtable with veterans.

“The Harris-Biden administration will relaunch that effort and make it easier for military spouses and veterans meaningful careers, to ensure teachers know how to support military children in the classroom, and to improve support for caregivers and survivors so much more than we do now,” the former vice president said.

Trump noted that Harris is fully supportive of moving to socialized medicine, despite Biden’s criticism of the socialized health care plan proposed by Sen. Bernie Sanders during the campaign.

“Joe can say all he wants,” Trump said. “He’s only doing it because he sees his polls going down substantially.”

The president defended his efforts to overturn Obamacare in the courts, noting that it had been a failure.

Forget Florida, This Is Now the Best State for Retirees

Diversity in tennis is about more than money

Dead Battleships: In 1940, the British Preemptively Sunk the French Navy

Kyrsten Sinema gets her make-or-break moment with Republicans

Saints don’t make it easy for bettor to cash reported $1.47M in wagers

Protests are the new norm in NBA, like it or not