When former Vogue editor Alexandra Shulman revealed last month that she’d been treated for breast cancer, one fact in her account leapt out at me – as, I suspect, it did for millions of other women who read it.

Her only symptom, she wrote in The Mail on Sunday, was breast pain – something that so many of us suffer.

Alexandra was specific: it was ‘an intermittent sharp pain under my left breast, as if the wire from a bra was cutting in’.

There was no lump. Nothing else. And she wasn’t all that worried. Friends had told her: ‘Well at least it’s not breast cancer because you don’t get a pain with breast cancer.’

And in the vast majority of cases, they would have been right. The symptoms of breast cancer, aside from a lump, are skin changes – puckering, or a rash – or changes to or a discharge from the nipple.

These can be accompanied by pain. But they may not be. Pain alone is not a recognised symptom of breast cancer.

Alexandra Shulman, pictured, recently revealed in the Mail on Sunday that she had been treated for breast cancer having gone to see her doctor when she suffered pain in the area – a symptom not normally linked to the disease

But Alexandra, remembering the recent, awful case of pop singer Sarah Harding, who died in September of breast cancer, decided to get checked out. Sarah, too, talked about suffering pain. She ignored it, thinking it was her guitar strap rubbing.

And, horribly, by the time she was diagnosed – she went to the doctor after noticed bruising around her breast – her cancer was advanced, and incurable.

Alexandra Shulman underwent an examination and a mammogram, which were both normal. But her consultant arranged an additional ultrasound scan. And that’s how the small cancer was found on the bottom of her breast – where the pain had been.

Her treatment – a lumpectomy, radiotherapy, and hormone tablets which she’ll take for seven years – seems to have been a success. But her story has stayed with me. I’ve wondered whether women who read it would be worried that breast pain, with no other symptoms, might be a sign of ‘hidden’ cancer. Because, in the vast majority of cases, it won’t be. That’s not to say there won’t be some women who notice breast pain, but find nothing else wrong, and who then go on to be diagnosed with cancer. But it’s a very unusual situation.

If a GP suspects a patient has breast cancer – according to the classic symptoms mentioned above – they will refer her for urgent assessment, which will happen within two weeks. Hospital breast clinics are now one-stop shops, where a mammogram, and possibly an ultrasound can be given, as well as a biopsy – where a needle is used to remove a small piece of tissue for testing – during a single appointment. 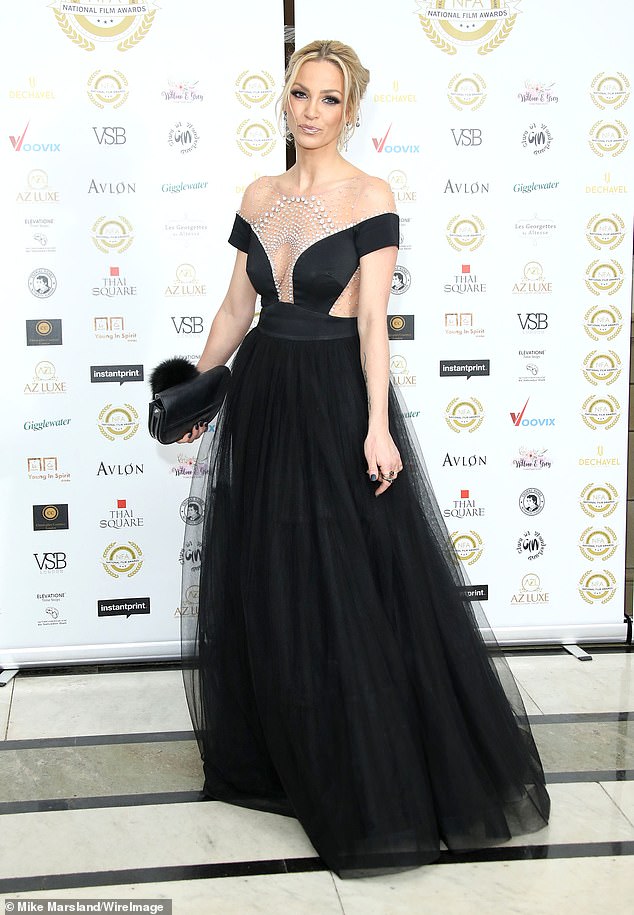 Former Girls Aloud singer Sarah Harding, pictured, died in September. She thought the pain in her breast was due to her guitar strap constantly rubbing the area. Unfortunately, by the time her disease was diagnosed, it was too advanced and was incurable

However, pain alone is not a cause for such a referral, according to NHS guidelines. Is this the right approach? Having sat on both sides of the consulting room table, as a doctor, and as a breast cancer patient myself, I’d say yes, it is.

Let me explain. As I’ve mentioned, breast pain, or mastalgia, is very common. About 70 per cent of women will experience it at some point, often during puberty, pregnancy, before a period and around the menopause.

We don’t know exactly why this happens, but the changes in hormone levels at these times mean that women can develop heavy, sore, tender breast. And it’s almost always both breasts. In a third of cases, there might be a non-cancerous type of lump causing the pain, like a cyst. These are small, fluid-filled pockets that build up within one, or both breasts. They’re thought to be hormonally related, and may follow a pattern linked to the menstrual cycle. The fluid can accumulate rapidly and put the pocket surrounding it under tension – a bit like a balloon about to burst. That’s why they hurt.

Breast cancers, on the other hand, have no pocket. They’re just denser areas of breast tissue that don’t exert pressure. They form in the fat and tissue of the breast, and just sort of sit there, like a sixpence in a Christmas pudding, so they rarely cause pain – unless they’re lying below where a bra would sit.

Inflammation and infections of the breast are also painful, and often occur during breast-feeding. Pain will be accompanied by redness and hard-feeling breasts.

These often require antibiotics, and if there’s an abscess – an infected pocket of pus – then surgery to drain it might be needed. 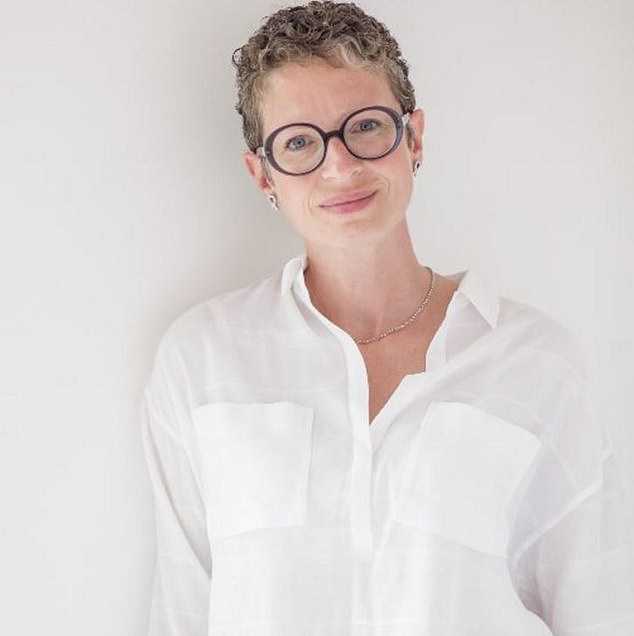 Consultant breast cancer surgeon Dr Liz O’Riordan, pictured, was diagnosed with breast cancer in 2015 at the age of 40. She said pain in a breast for more than a month will lead to a referral to a specialist clinic for tests

One caveat: if you have been treated for mastitis, and your breast is still red and swollen after finishing your course of antibiotics, you should ask your GP to refer you back to the breast clinic. Inflammatory cancer is a rare condition that can mimic mastitis.

Pain in the breast can also be ‘referred’ – backache or neck ache, for instance, can be felt as pain in the breast, because they share the same nerve supply. This kind of pain is commonly felt at the outside edge and underneath the breast and can last for months at a time.

It’s also important to know that breast pain for any of the reasons I’ve outlined does not increase the risk of cancer. Of course, this doesn’t mean doctors should dismiss them. Pain in one breast that lasts more than a month IS a cause for a breast clinic referral, according to NHS guidelines.

This won’t be flagged as an urgent cancer referral, so patients will be seen in about four weeks, rather than two as with suspected cancer.

So, what can women do about breast pain? Well, the most important thing is to have a well-fitting, supportive bra. Breasts are heavy. One 36C breast weighs just over a pound – that’s a bag of sugar. 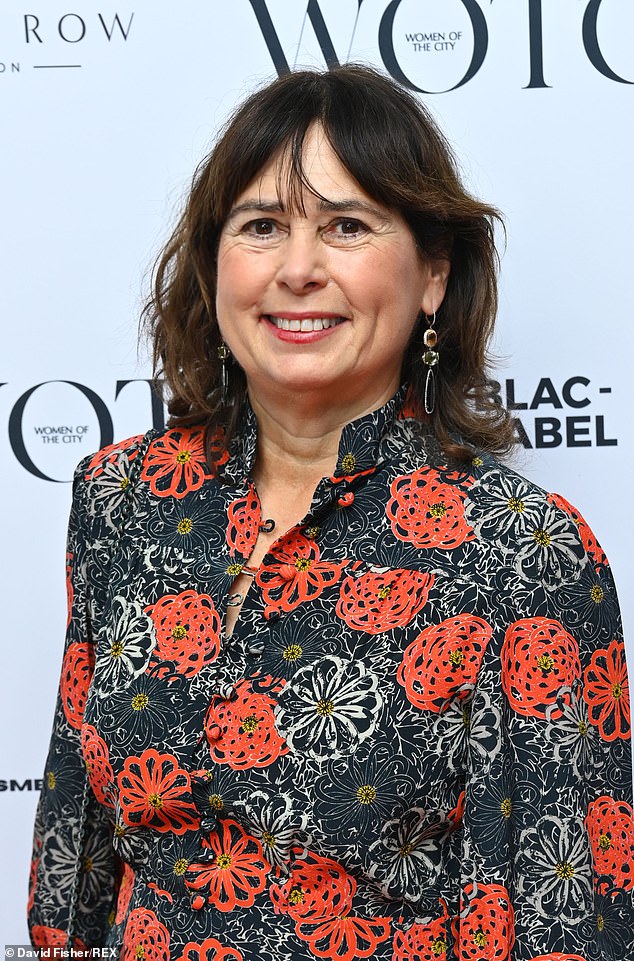 Alexandra underwent an examination and a mammogram, which were both normal. But her consultant arranged an additional ultrasound scan. And that’s how the small cancer was found on the bottom of her breast – where the pain had been

A bra takes some of the strain from your muscles. If you have large breasts, it might help to wear a soft bra at night for the same reasons.

Several studies have shown that this can help get rid of pain. When were you last measured? Has your weight changed since then? As a sufferer of unexplained breast pain myself, I found a simple remedy from a well-fitted bra.

Painkillers like paracetamol and ibuprofen (if it is safe to take) can provide a fix. You could also try rubbing on an ibuprofen gel twice a day for a few weeks. Most breast pain gets better by itself.

There is no evidence that changing your diet, cutting down alcohol or caffeine helps to relieve it, but it might make you feel better in yourself if you do.

If you have pain in one breast, your GP should refer you to a breast clinic if simple measures such as the ones I’ve just mentioned have not worked.

And if you have breast pain in both breasts for more than three months that’s affecting your sleep or quality of life, and simple painkillers haven’t worked, then you should also be referred.

Other medications can be offered – although these target the hormone oestrogen, and can have nasty side effects, so many women choose not to take them.

Of course, any changes from the norm in the breast should always be checked out by a doctor.

So, what of Alexandra, and Sarah Harding, who did find pain to be their only symptom? Well, pain can be coincidental.

I had one patient suffering from pain in one area of one breast, and when we gave her a mammogram, we discovered cancer in the other breast.

In Alexandra’s case, the location of her lump might have meant, while it could not be felt, her bra was pressing into it, and pushing it into her chest wall.

Of course, we don’t know for sure. But ultimately, while breast pain is something always to be taken seriously, women need to know that on its own, it’s also not something to fear.

3 Ways to Create an Environment That’ll Nurture an Entrepreneur

From Rob Stringer’s big bet on Springsteen to Michelle Jubelirer taking the Chair:…

Brain study on how to slow down climate change — ScienceDaily

Newsletter: What Comes Next?

Revealed: The Top 3 Universities To Attend For A Career At World Leading Firms

Is this Rangers’ new Billy Gilmour?

Get Up to Speed on Cisco Networking and IT Skills

What You Own When You Own an NFT

Is Blue Monday the Most Depressing Day of the Year?

UN official: Libya elections could be rescheduled for June

London’s roads today are the BUSIEST since Plan B came…

Nanotherapy offers new hope for the treatment of Type 1…