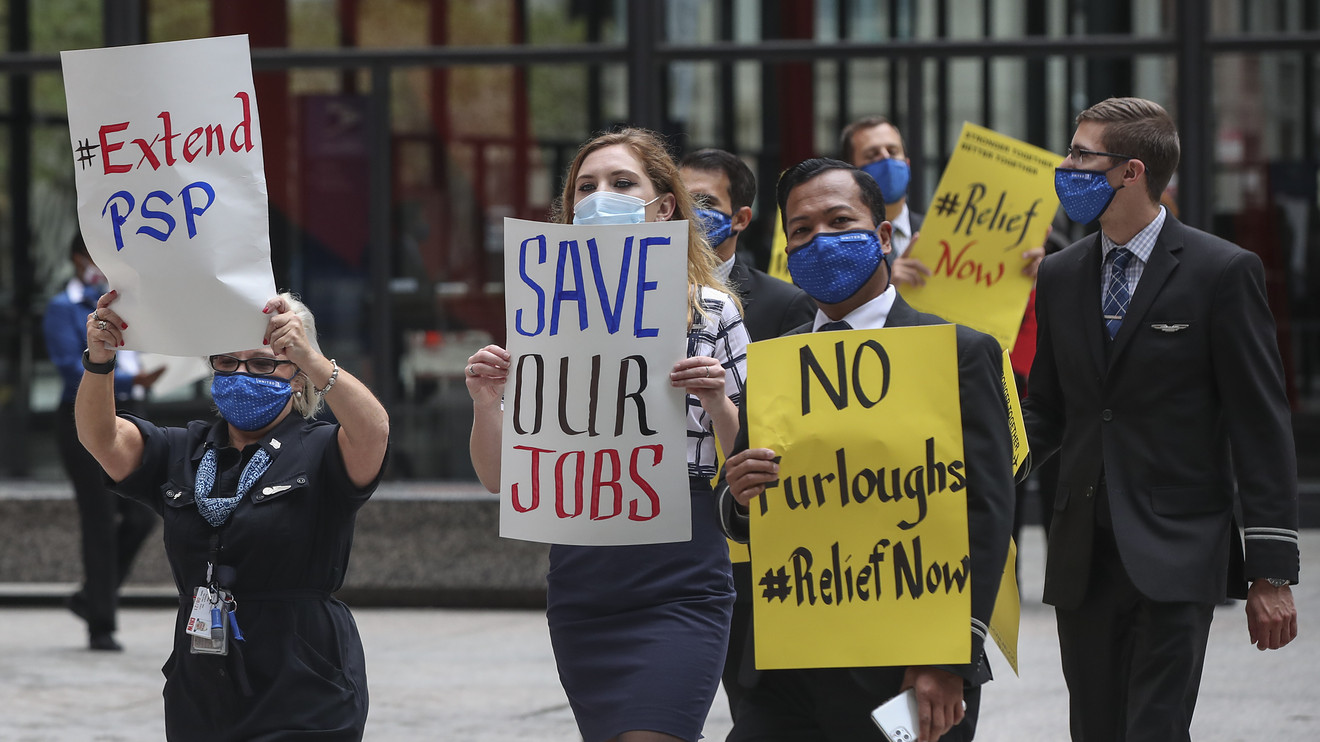 The numbers: The number of people who applied for unemployment benefits through state and federal programs rose in the first week of September, perhaps a sign that a gradual improvement in the labor market might be stalling.

Initial jobless claims filed traditionally through state employment offices were unchanged at a seasonally adjusted 884,000 in the week of Aug. 30 to Sept. 5 , the Labor Department said Thursday. Economists polled by MarketWatch had forecast new claims to fall to 840,000.

Yet new claims rose when including self-employed workers who applied for benefits under a separate federal program. Some 838,916 people filed under the Pandemic Unemployment Assistance Act, up from 747,993 in the prior week.

That put the number of actual or unadjusted new claims at 1.69 million, compared to 1.59 million in the prior week.

New claims might be rising partly because President Trump temporarily increased benefits by $ 300 after a $ 600 stipend expired at the end of July, economists say.

More ominously, the increase could reflect a fresh wave of layoffs in hard-hit businesses such as airlines and hotels. Major companies such as American Airlines and MGM Resorts said they would cut more jobs permanently because demand is still in a slump and federal benefits have gone away.

What happened: New jobless claims rose the most in California (18,000), with somewhat smaller increases in Texas and Lousiana.

Continuing jobless claims, or the number of people already receiving benefits, rose by 93,000 to a seasonally adjusted 13.39 million in the seven days ended Aug. 29. It was the first increase in five weeks.

Two weeks ago, the Bureau of Labor Statistics changed its process for seasonal adjustments to make its report more accurate. The level of seasonally adjusted jobless claims had run notably higher during the pandemic than the real or actual number of people applying for benefits. Now the two sets of numbers are more closely aligned.

For a fuller explanation, read about the big change in jobless claims

Altogether, the number of people getting benefits through eight state and federal programs increased by 380,379 an unadjusted 29.6 million as of Aug. 22. The data is released with a two-week delay.

Read: The economy has a mountain to climb, but it’s digging itself out faster than expected

Big picture: The number of layoffs each week would still be at record highs when compared to any other period since World War Two. What’s also worrisome is a spate of recent announcements by major airlines and hotels that they will permanently cut thousands of jobs because their industries remain mired in a historic slump.

Still, the labor market and broader economy have continued to expand through the summer and a rapid decline in coronavirus cases could help speed up growth absent another outbreak. In many ways, the U.S. economy has proven more resilient despite the terrible blow inflicted by the virus.

Also: Did the expired $ 600 federal jobless benefit keep people from going back to work?

Joe Burrow: I’ll live off my endorsements and save all my NFL paychecks

Response from a Pro-Life Utilitarian (Sort of)

Today in Apple history: Apple brings back Steve Jobs with NeXT buyout

Here are details about Akshay Kumarâs shoot for Bachchan Pandey

NBA issues Anthony Davis a flagrant 1 foul for incident in Game 2 vs. Rockets

Pandemic election integrity at stake with millions of mail-in-ballots expected:…

John Thompson was a giant in many ways