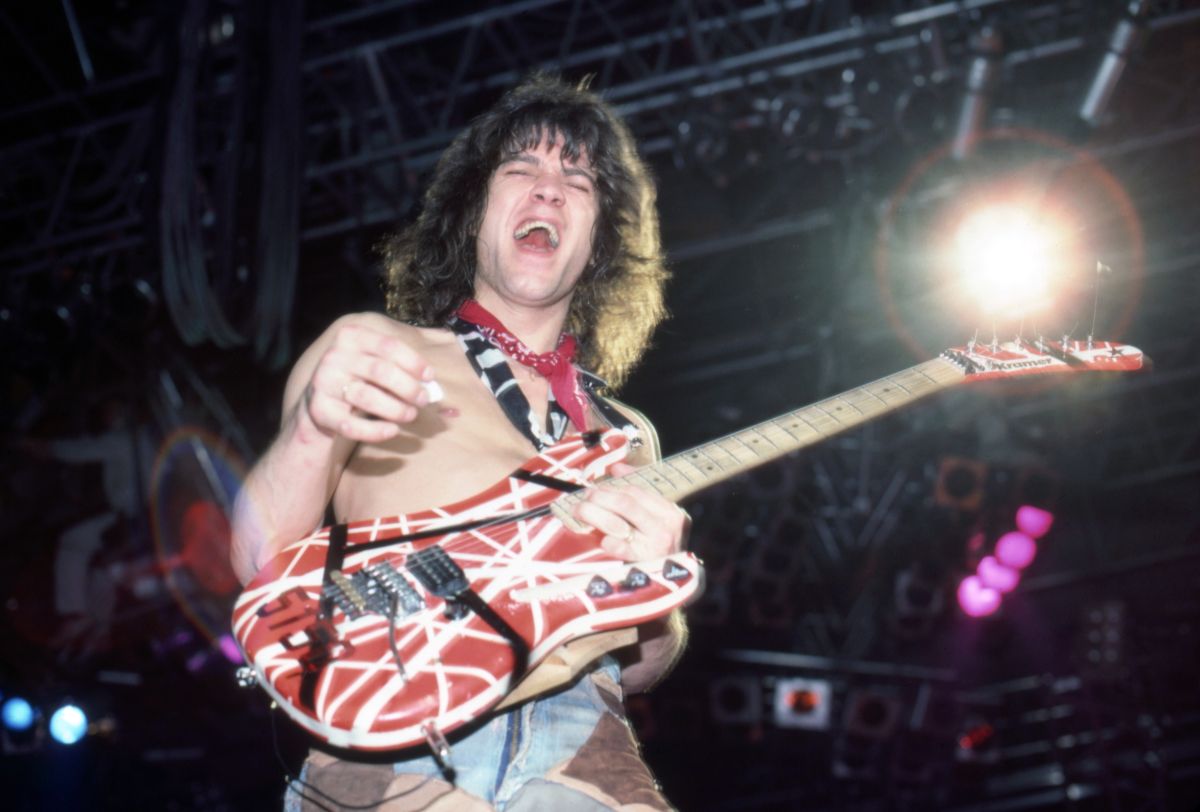 The legendary rock band Van Halen wasn’t known for many cosmically-themed songs, but its influence on millions can certainly be described as “out of this world.”

The passing of the band’s legendary guitarist and songwriter Edward Lodewijk “Eddie” Van Halen is heartbreaking, though I keep thinking back to a line from the movie “Almost Famous” where the character Penny Lane says, “If you ever get lonely, just go to the record store and visit your friends.”

Since hearing of Eddie’s passing on Tuesday (Oct. 6), I’ve been going to my 21st-century version of a record store — aka Spotify — to celebrate the music of Van Halen. Perusing through their catalog, which includes 12 studio albums with three different singers, I recalled that outer space played a small part in their music through the years.

Related: Eddie on the making of his Frankenstein replica guitar (video)

A song from the group’s “5150” album, “Love Walks In,” is about aliens according to their singer at the time, Sammy Hagar. The ballad is keyboard heavy, another avenue of Eddie Van Halen’s remarkable talent.

He and his brother Alex, who is Van Halen’s incredible drummer, were taught to play piano at an early age. Watch a live version of “Love Walks In” here:

I’ll certainly be looking to the sky while listening to ‘Dreams’ from now on to give Eddie a nod.

As the tributes pour in from musicians all over the world, I’ve been truly touched by some impromptu performances:

Multi-talented musician Jason Achilles Mezilis’ beautiful piano rendition of “316” is truly cosmic. The song is from the Van Halen record “For Unlawful Carnal Knowledge” and was a fixture in Eddie’s live guitar solos through the years. Take a listen here:

Amazing guitarist and singer Kenny Hohman from the Troy Music Academy and rock band Super 400 induces chills as he rips through the legendary guitar solo “Eruption” from Van Halen’s 1978 debut self-titled record for his tribute to Eddie.

The combination of innovation and mastery of his art, truly makes me believe that Eddie Van Halen’s talent was not of this Earth. Thanks Eddie, you left an incredible mark on this world for all to enjoy, forever.

Brazil to give Neymar time to recover for Bolivia clash

Where Year Two of the Pandemic Will Take Us

Trump advisers say U.S. election to go ahead on Nov. 3 as planned

Richard Branson vs Jeff Bezos: Who will really win this space race?

iPhone 12 Diary: As expected, 5G coverage means little as yet

Car plows through pedestrian street in Germany, at least 2 dead

Rubin Observatory and Google will store astronomy data in the cloud

Why Russia Lost the Space Race