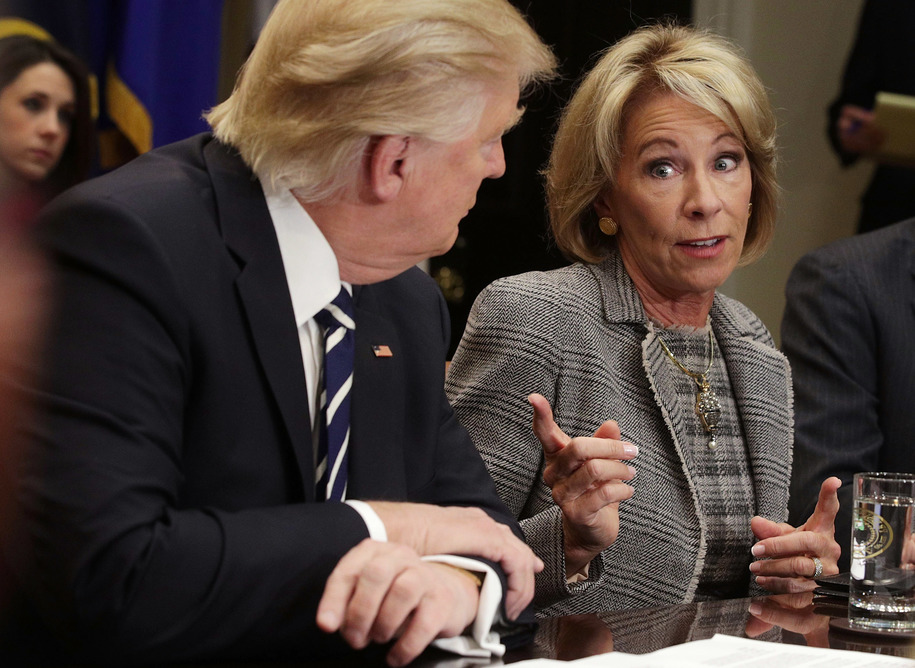 That’s … extremely broad, and wipes out basically any reputable recent academic work on race and racism in the United States of America. Which is surely part of the intent: to virtually require the Education Department to focus its internal discussion of race on right-wing propaganda.

And it’s so sloppy, too! Take item No. 4, “that the United States is an inherently racist or evil country.” Inherently racist and evil are two very different things. Evil is a moral judgment. Racist is a factual one, and the fact of the matter is that large parts of the United States were founded on slavery, that the nation’s wealth was built through slavery, that segregation remained the law well into the lifetimes of many of the people who today run the government and the economy, and that if we look at virtually any aspect of the structures of the U.S. today we can see how racism is threaded throughout.

Now, we can argue that there is a moral dimension to charges of racism, but it’s not purely a moral judgment as “evil” is. There are facts here, and the Education Department is insisting those facts be erased from what its own employees can incorporate in their work. Similarly, there are facts behind the claim that virtually all white people benefit from racism. The facts are actually very strong on that one, from centuries of policy made by politicians elected during times when most Black people were barred, often violently, from voting, to white people building wealth over generations of homeownership while redlining prevented Black people doing the same. We can go through so many other aspects of U.S. history but not just of history—of current policy and of the ways that history shapes our current economy and society and laws—and concretely, factually show that yes, the United States is a country shaped by racism.

The new Education Department guidance echoes that of the Office of Management and Budget, which last week sent a memo to federal agencies saying, “The President has directed me to ensure that federal agencies cease and desist from using taxpayer dollars to fund these divisive, un-American propaganda training sessions” on diversity and inclusion.

This move also comes as Donald Trump is threatening federal education funding to schools that teach The New York Times’ 1619 Project, a baldly illegal threat but one that sure does show Trump’s commitment to eliminating education on U.S. racism—and one that, circling back to the paragraph right at the top of this page, speaks volumes about Trump’s commitment to free speech.

Key Words: Fauci tells Americans to ‘hunker down’ this fall and winter: ‘It’s not going to be easy’

What is NFC and what should you be using it for?

Ginsburg Has Earned a Powerful Seat in American History

Allbirds CEO Joey Zwillinger Is Preparing for an IPO, But He Still Packs His…

Little Fires Everywhere: 10 Differences Between the Book and the Series

I Re-Hired An Employee Who Quit Again Right Away

Inside Hotel Signum, one of the most charming hotels on Italy’s Aeolian Islands