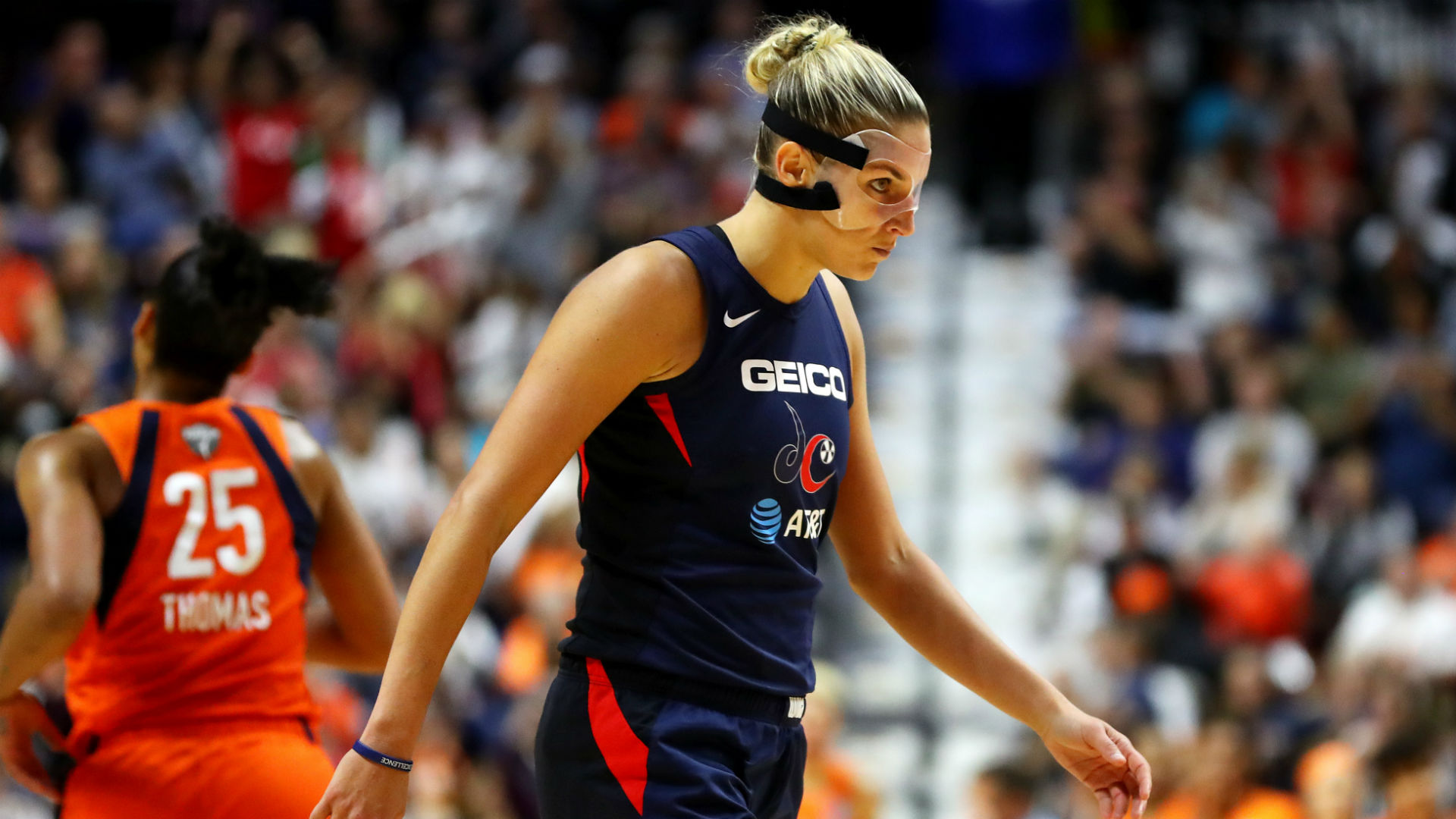 Reigning WNBA MVP Elena Delle Donne feels trapped between two choices: “I can either risk my life . . . or forfeit my paycheck.”

In an open letter for The Players’ Tribune, the Mystics star revealed she felt “hurt” after a panel of physicians denied her request to opt out of the 2020 WNBA season for medical reasons. Delle Donne suffers from Lyme disease and says she must take 64 pills each day in order keep herself healthy enough to continue playing the game she loves.

“Longterm, taking that much medicine on that regular of a regimen is just straight-up bad for you,” Delle Donne wrote. “It’s literally an elaborate trick that you play on yourself — a lie that you tell your body so it keeps thinking everything is fine. It’s a never-ending, exhausting, miserable cycle.”

As the WNBA organized its “bubble” at IMG Academy in Bradenton, Fla., Delle Donne grew concerned about entering a coronavirus (COVID-19) hotspot. She spoke with her personal physician, who told her it was “too risky” to play, and a Washington team doctor agreed with the high-risk profile. The league’s panel then denied Delle Donne a medical exemption.

“It hurts a lot,” Delle Donne wrote. “And maybe being hurt just makes me naive. And I know that, as athletes, we’re not really supposed to talk about our feelings. But feelings are pretty much all I have left right now. I don’t have NBA player money. I don’t have the desire to go to war with the league on this. And I can’t appeal.

“So really all I’m left with is how much this hurts. How much it hurts that the W — a place that’s been my one big dream in life for as long as I can remember, and that I’ve given my blood, sweat and tears to for seven going on eight seasons — has basically told me that I’m wrong about what’s happening in my own body. What I hear in their decision is that I’m a fool for believing my doctor. That I’m faking a disability. That I’m trying to ‘get out’ of work and still collect a paycheck.'”

During an interview with ESPN’s Elle Duncan on Wednesday, Delle Donne said she was “completely shocked” by the panel’s ruling, adding that it was an “eye-opener” and proved she must continue to raise awareness about Lyme disease. She hopes the panel’s decision had nothing to do with her status within the league.

“I hope they would treat me as ‘Player X,’ and they see that I’ve been treated for something for nine years,” Delle Donne said. “They’ve seen my blood work; I’ve submitted everything. So I really hope that wasn’t the reason why this happened. I hope it’s doctors just still being unaware of Lyme disease and not having Lyme-literate doctors on that panel, because I don’t want to believe that’s what happened.

I can’t imagine being in the position of @De11eDonne . But her transparency and authenticity and vulnerability are so evident here and I hope the @WNBA does the right thing here. Thank you for sharing your story w/ us. pic.twitter.com/soRMEdrbgR

Delle Donne, who is also recovering from offseason back surgery, has not yet made a decision about joining the Mystics for the shortened season, but Washington general manager and head coach Mike Thibault made it clear the team will not put her in harm’s way.

Mystics GM/Coach Mike Thibault in a Zoom presser says Elena Delle Donne is currently on the Mystics roster and is currently being paid.

He reiterates the team will “never put Elena or any other player’s health in jeopardy at any time.”

@kareemcopeland asks *if* Delle Donne is medically cleared (because of her back) to play midseason and still chooses to *not* go to the bubble, will the Mystics still pay her?

Thibault: “We can do whatever we want.”

“We’re not going to rush her back just to try to salvage a season right now,” Thibault told reporters Wednesday (via The Washington Post’s Ava Wallace). “I think she would tell you she and I are comfortable right now, talking about all of this.”

AndroidPIT becomes NextPit – this is what you need to know

How to Check Warranty & Apple Care+ Status of Your Mac

Sonu Sood mobbed by fans at the airport

Friday Night Owls: State revenue loss not as bad as expected. But, as with pandemic,…

Prepare For Essential IT Certifications With These $18 Study Courses