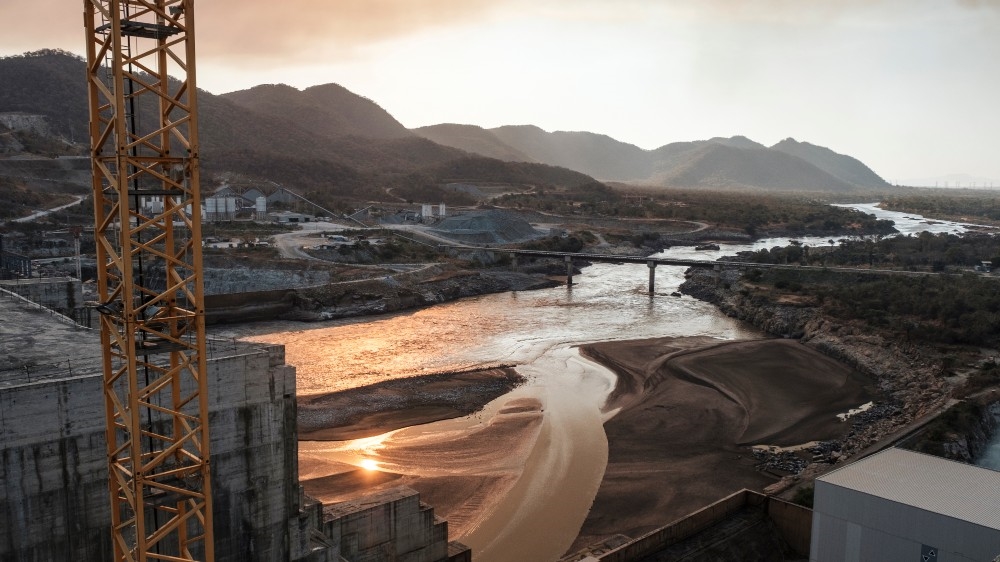 Ethiopia started filling Grand Renaissance, a giant hydroelectric dam it is building on the Blue Nile, its water minister said on Wednesday after talks with Sudan and Egypt over the structure became deadlocked.

The dam is the centrepiece of Ethiopia’s bid to become Africa’s biggest power exporter.

The water level increased from 525 metres (1,720 feet) to 560 metres (1,840 feet), said Bekele.
The move is likely to spark fierce protests from Egypt and Sudan, which also depend on the Nile’s waters. There was no immediate response from Cairo or Khartoum.
Egypt told the United Nations last month it faces an “existential threat” from the hydroelectric dam on the Blue Nile River.
Relying on the Nile for more than 90 percent of its water supply and already facing high water stress, Egypt fears a devastating impact on its population of 100 million.
In June, Minister of Foreign Affairs Sameh Shoukry warned conflict could erupt if the United Nations fails to intervene, as the dam endangers the lives of 150 million Egyptians and Sudanese.

Cairo was anxious to secure a legally binding deal that would guarantee minimum flows and a mechanism for resolving disputes before the dam started operating.
Sudan stands to benefit from the project through access to cheap electricity and reduced flooding, but it has also raised fears over the dam’s operation.
The dam is being built 15km (nine miles) from the border with Sudan on the Blue Nile, source of most of the Nile’s waters.
The latest round of negotiations between Egypt, Sudan and Ethiopia over the contentious dam ended with no agreement on Tuesday, according to Egyptian and Sudanese officials.

The failure sank modest hopes the three countries could resolve their differences and sign an agreement on the dam’s operation before Ethiopia began to fill the $ 4.6bn Grand Ethiopian Renaissance Dam (GERD), set to be Africa’s largest.

Ethiopia says more than 60 percent of the country is dry land with no sustaining water resources, while Egypt is endowed with groundwater and has access to seawater that could be desalinated.

Addis Ababa had previously pledged to start storing water in the dam’s vast reservoir at the start of the wet season in July, when rains flood the Blue Nile.

Exynos 990 still not good enough for Korean Galaxy Note 20 it seems, but Europe will have to settle

US beat China on App Store downloads for first time since 2014, due to coronavirus…

10 Very Best Things To Do In Missouri – Hand Luggage Only

Scientists spot elusive ‘ghost particles’ for the first time inside the…

News at a glance: Disappointing COVID-19 pills, an African telescope, and ‘race’ in…