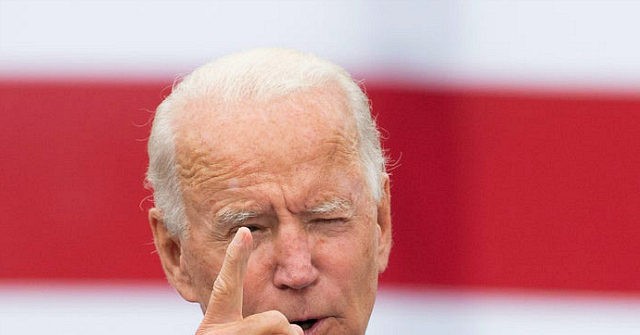 CLAIM: Former Vice President Joe Biden argued on Thursday that during the Obama administration, Democrats were hampered in their promise to renegotiate the North American Free Trade Agreement (NAFTA) by Republicans in Congress.

VERDICT: Mostly False. The Obama administration was in office less than four months when the White House announced they would not reopen the agreement. At the time, Democrats held wide majorities in both chambers of Congress, specifically a supermajority in the United States Senate, where any update to NAFTA would have to be ratified.

Biden, who has struggled to explain his prior support for liberalized trade on the campaign trail, was asked by CNN’s Jake Tapper during an exclusive interview set to air on Thursday about President Donald Trump’s landmark trade deal: the United States–Mexico–Canada Agreement (USMCA). Tapper, in particular, questioned whether Trump deserved more credit for the deal than he was getting, especially as Democrats had long campaigned for a renegotiation of NAFTA, which the USMCA replaced.

“Because we had a Republican Congress that wouldn’t go along with us renegotiating,” Biden responded, adding that the USMCA was better than NAFTA, but Trump’s “overall trade policy” left much to be desired.

Biden’s claim of GOP obstruction, however, is inaccurate. In April 2009, when the Obama White House announced that it would not renegotiate NAFTA to strengthen labor and environmental protections, the new president was less than four months in office. At the time, Democrats not only held majorities in both chambers of Congress but had a supermajority in the Senate where any update to NAFTA would have to be ratified. The Obama White House never fully explained why the decision was made.

Biden’s comments to CNN come as the former vice president, who supported NAFTA and other free trade measures in the late-1990s and early-2000s, is trying to bring blue-collar voters, specifically those from the Midwest, back into the Democrat Party’s fold. Such voters heavily preferred Trump to former Secretary of State Hillary Clinton in 2016, despite having backed Democrats for decades at the presidential level. Drawn to Trump’s populist stance on immigration and trade, such voters propelled the president to victory in Pennsylvania, Wisconsin, and Michigan — all states that put him over the top in the electoral college, despite a three-million popular vote deficit.

Biden, himself, seems to understand just how important the issue of trade was to helping Trump flip blue-collar voters. Since jumping into the 2020 race, Biden has sought to distance himself from his prior stance on the topic.

During a Democrat presidential debate in July 2019, the former vice president shocked some by pledging to not rejoin the Obama administration’s Trans-Pacific Partnership (TPP) if elected. The move was surprising given that Biden had once touted the deal’s ability to forge a “new world order” where open markets would force countries such as China to reform and prosper. Biden further tried to boost his standing on the issue at another debate in August of that year when he promised to oppose a “new NAFTA” agreement.

Prospects diminish for Covid deal ahead of election

Bacteria Colonize Our Gut During and After Birth, New Study Shows | Biology, Medicine

The 10 most beautiful destinations in Croatia

See This Plane? Its Americas Mach 3 Super Bomber That You…