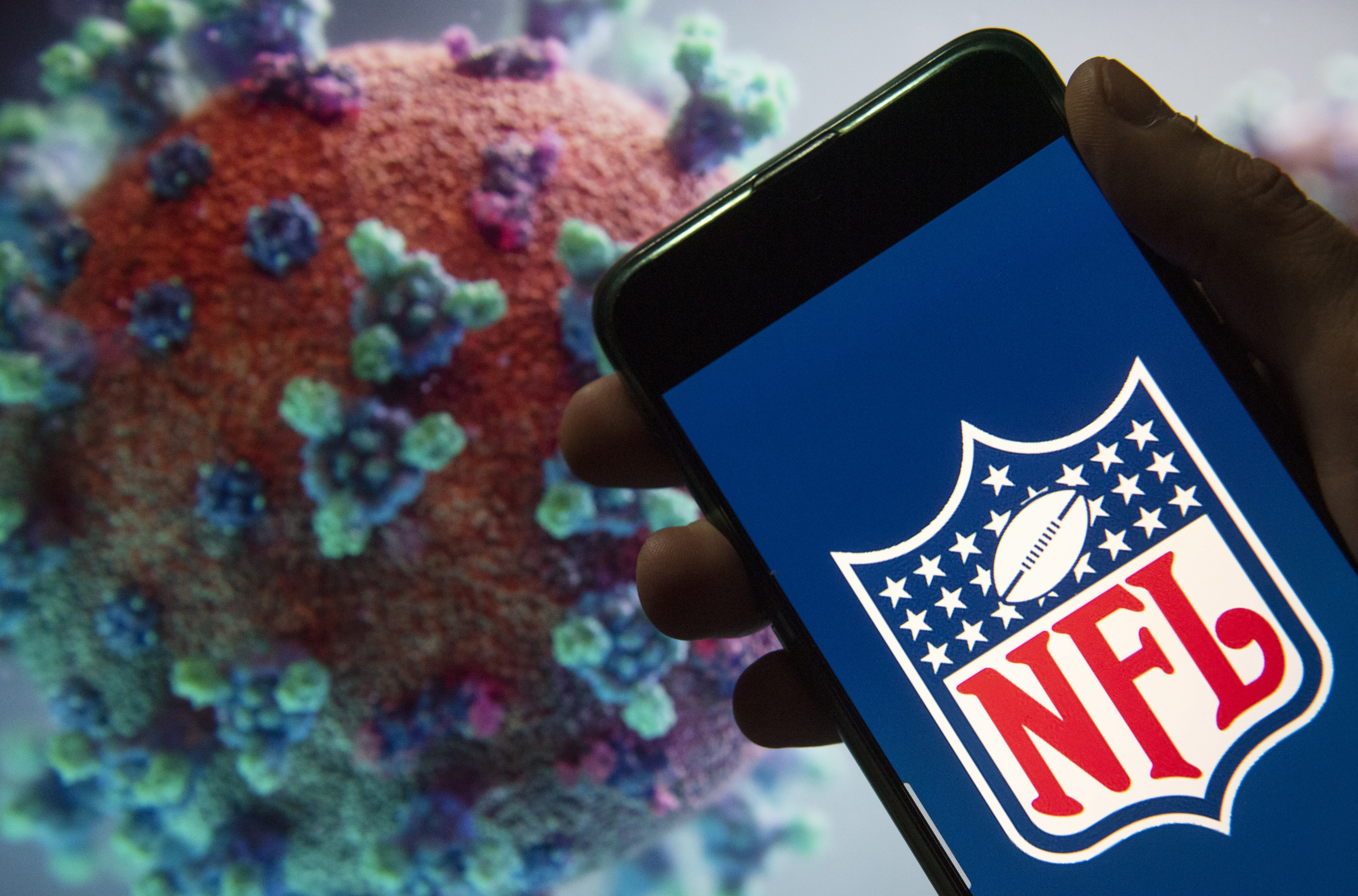 Monday should have been a rough day for anyone who loves the NFL, let alone the sport of football.

The body blows started early, too, beginning with the sobering news of the COVID-19 outbreak that swept through the Miami Marlins’ clubhouse and caused two teams, the Marlins and the Philadelphia Phillies, to cancel their games for the day.

While that news, an ominous sign for every sports league that’s operating without a centralized bubble, was the topic du jour Monday, it wasn’t the only warning signal about the NFL’s ability to have a complete season. In fact, it might not have even been the most distressing.

No, that came a little later in the day, when the Minnesota Vikings announced that their head athletic trainer, Eric Sugarman, had contracted COVID-19 and was in quarantine.

The fact that Sugarman caught COVID-19 isn’t the surprise. Most understand how infectious this virus is, how insidious it is. Some people catch it and don’t even know. Others catch it and get really sick or worse. There’s an understanding, league-wide, that plenty of NFL players and staffers are bound to catch the virus, simply due to how easily it spreads.

However, the news of Sugarman’s positive case was particularly distressing, since he is the Vikings’ infection control officer, a man who recently gave NBC’s Peter King a video a tour of the Vikings’ new “COVID-safe” facility and showed all the precautions the team put in place to prevent an outbreak.

Sugarman’s explanations during the tour were impressive, and it was hard not to come away thinking the league might have a shot at containing future outbreaks, given how much thought the Vikings and Sugarman put into their COVID-19 prevention and containment plans.

Still, the fact Sugarman, a man charged with keeping the team from getting the virus, will go down as one of the first staffers in the league to catch it feels like a warning to any in the sport who, to this point, have refused to take heed, with the lesson being, “See, even those who know how dangerous it is, and have worked relentless to prevent its spread, aren’t immune.”

Unfortunately for the Vikings, they’ll now get an early test of the processes they’ve put in place, all without the man in charge of leading the efforts in the actual building. The team says it has followed protocol for sanitizing the facility, and notified any personnel who have been in close contact with Sugarman, who hasn’t had any recent contact with players. The team also says there are no additional cases in their front office, which is another big break.

It’s troubling to think about, especially as the season nears. What if players in a team’s offensive line room test positive shortly before a game, for instance? Will the team have to forfeit? The league is intent on playing all its games and fulfilling its television contracts, sure, but MLB didn’t exactly count on having to postpone games due to COVID-19 either just four days into the start of its regular season.

So in a world where NBA- or NHL-like bubbles are not an option — and it’s too bad the NFL is way too big for that, since the NBA and NHL have avoided outbreaks of late and appear to be poised to restart play soon — the unpleasant truth is that the 2020 NFL season will come down to their players’ collective ability to maintain the sanctity of the “de facto” bubbles in all 32 NFL cities by being responsible away from the field.

How realistic or even fair that is, no one knows. But more positive tests are on the way, and Sugarman’s own words in the midst of his positive test are a nod to the substantial threat the virus poses as we hurtle toward the most unusual (and ultimately, uncertain) NFL season ever.

“As I sit here in quarantine, it is clear this virus does not discriminate,” Sugarman said in a statement issued by the team. “It should continue to be taken seriously. I encourage people to take the necessary precautions and follow guidelines that have been established nationally and locally.”

Bullet-Hell Shmup Crimzon Clover Is Heading To Switch, According To New Rating

It’s Official: NASA’s Next Mission to Mars Has Been Cleared For Launch This Thursday

How Trump Has Revealed the Depths of America’s Racism

Alcohol-free wine is just as good for your heart as the real thing, study finds

What time is the NFL trade deadline? Latest news, rumors & top targets for 2020