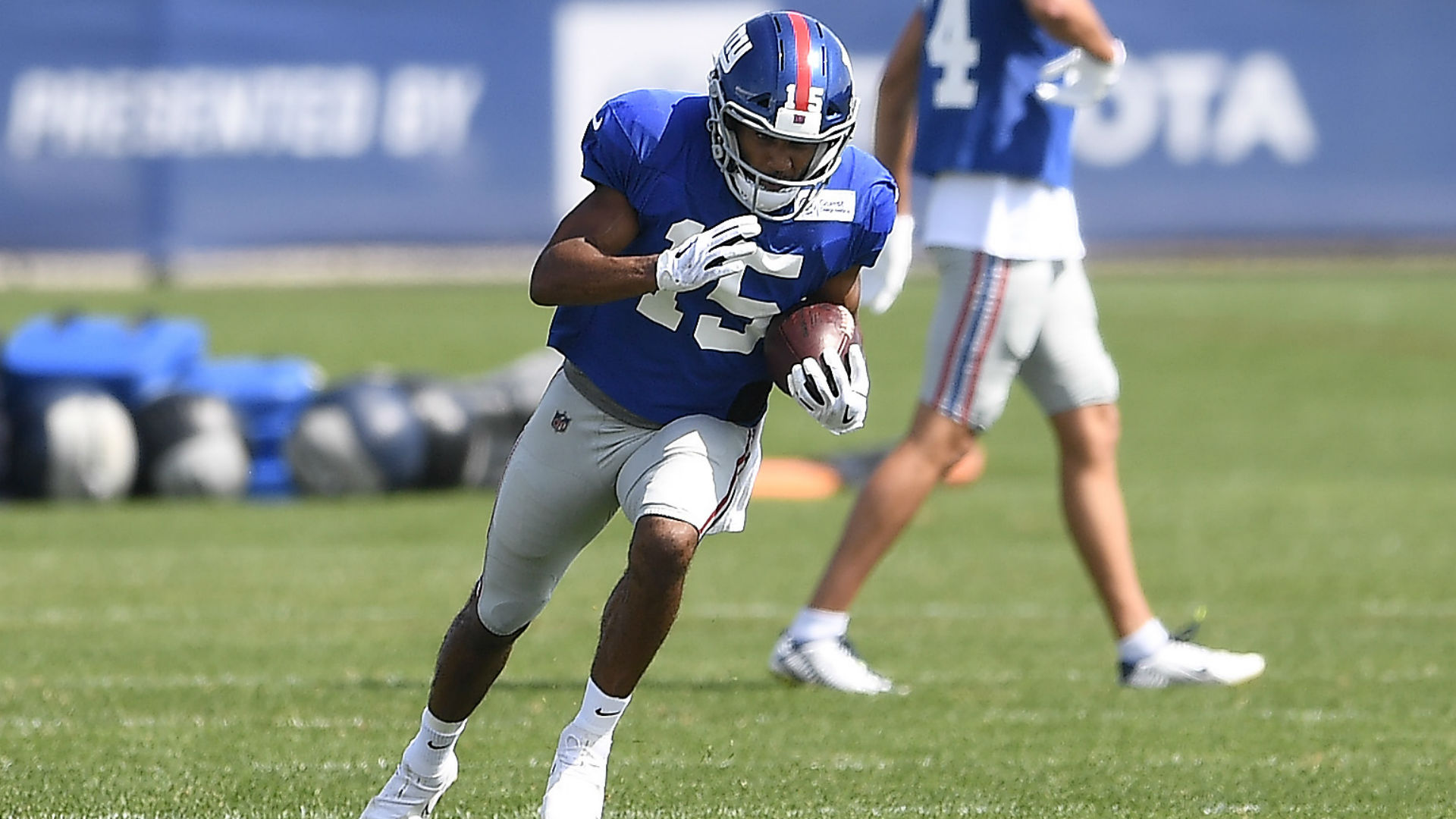 Golden Tate has long been a productive player in fantasy football. He’s not the PPR monster he once was, nor is he a sure-fire WR3, but for those in a pinch at the flex spot, Tate has always proven to be a reliable target. That’s why some are undoubtedly concerned about his status in the lead-up to Monday Night Football clash with the Steelers. Tate has been dealing with a hamstring injury that kept him limited in practice over the course of the past week. It’s hard to know whether he will be active, so fantasy football owners and avid DFS players will be checking up frequently on his status before the Giants-Steelers game begins.

We’ll have updates below in the meantime and right up until the official inactive report is released at around 5:40 p.m. ET. For injury updates on Courtland Sutton, click here. For more fantasy news, follow us on Twitter @SN_Fantasy.

UPDATE: Tate is officially OUT.

Tate was officially limited in the final three practice sessions of the week for the Giants. That would seemingly be a good sign for Tate, but since hamstring and soft-tissue injuries tend to linger, his status for Monday night’s game could hinge on how he does during warmups.

The good news is that ESPN’s Jordan Raanan expressed confidence that Tate would play on Sunday night, saying that he “liked the chances” of Tate, LB Tae Crowder, and TE Levine Toilolo suited up as all three deal with hamstring injuries. If that can happen, then Tate can garner consideration as a potential flex option.

However, if Tate is out and you were planning to use him, finding a replacement won’t be too easy. The Giants’ backups are Damion Ratley and CJ Board. Ratley was acquired off waivers just after final cuts while Board has been with five teams since entering the league in 2017. Of the two, Ratley probably has more upside, but in all likelihood, Darius Slayton, Sterling Shepard, Evan Engram, and Saquon Barkley would soak up more of the targets in the passing game.

James Washington of the Steelers could also be a good pickup, as he may have a solid matchup given the Giants’ lack of a true No. 2 corner. He’ll be competing with JuJu Smith-Schuster and Diontae Johnson for targets, but he could have a chance to rip off a long TD if all goes well.

Perhaps the better alternative would be picking up one of the available receivers from the Broncos or the Titans, as they’ll be playing the later of the two Monday night games. If Courtland Sutton  (shoulder) is out, Broncos wide-outs DaeSean Hamilton (PPR) and Tim Patrick (standard) each have flex upside. If Sutton is in, Titans WRs Corey Davis (standard) and Adam Humphries (PPR) could garner targets from Ryan Tannehill. They’re not inspiring options, but you can make do with them.

Also, if your flex spot is open to tight ends, Jonnu Smith (Titans), Noah Fant (Broncos), and Eric Ebron (Steelers) all have TD potential and are athletic enough to rip off a big play.

We’ll keep you posted on Tate’s status moving forward, but there are plenty of options if you’re in a bind and need to play a different guy in the flex spot. Just be ready to act if he is declared out, even though it looks like he’s on track to play.

What Will the Next President’s Pacific Strategy Be? Let’s Examine Some…

How to share your ETA with Apple Maps in iOS 14.5

Who has won most Grand Slams in men’s tennis? Explaining why Novak Djokovic is…

The name ‘Donald’ is plunging in popularity, as is ‘Karen.’…

Can a calculator predict your risk of dementia? — ScienceDaily

Smart technology is not making us dumber — ScienceDaily

‘An Archaeological Emergency’: Artifacts Are Emerging From Melting Alpine…