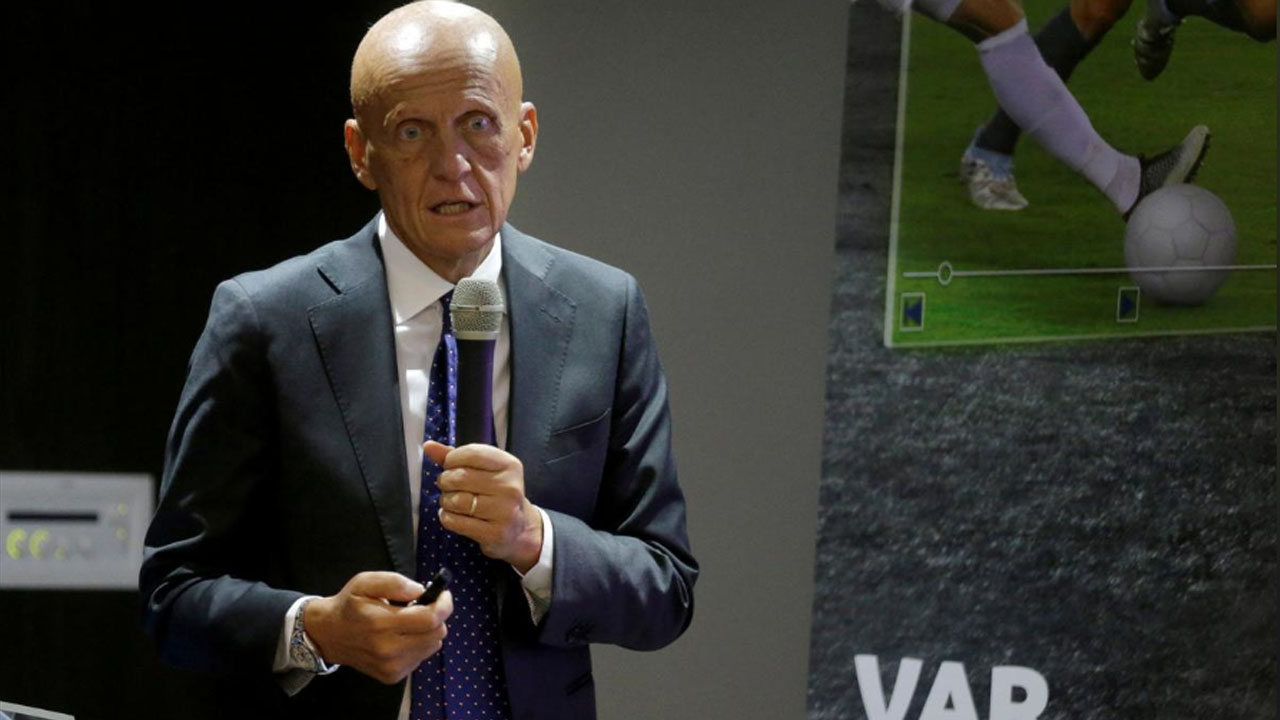 FILE PHOTO: Former Italian referee Pierluigi Collina addresses the audience while participating in a meeting about the implementation of the VAR (Video Assistant Referee) on the Fifa World Cup of Russia 2018 at the Conmebol head quarters in Luque, Paraguay September 8, 2018. REUTERS/Jorge Adorno

“FIFA wants VAR video reviews to be applied in the same way across all competitions, as they take over direct responsibility for the system.”
“Issues concerning VAR have been handled primarily by IFAB, the game’s law-making body, during the system’s two-year experimental phase, and its introduction as part of the laws of the game.” The Guardian News reports.

Will crypto destabilize countries and undermine the role of the US dollar?

Quantum entanglement: A tardigrade has survived being placed in a strange quantum…

Shah to visit Kairana on Saturday, takes reins of BJP campaign in UP