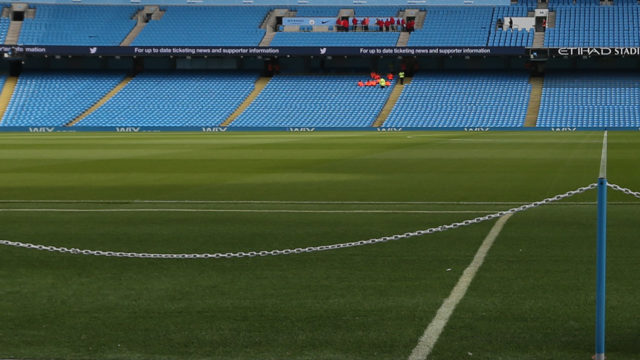 To boost football development at the grassroots level, the World soccer ruling body, FIFA, is set to construct two mini stadia in Nigeria. One of the projects will be sited at Ugborodo community in Warri southwest Council of Delta State, while the other will be located in Kebbi State.

Nigeria Football Federation (NFF) President, Amaju Pinnick, visited the people of Ugborodo community on Tuesday to inform them of the project. He revealed to The Guardian yesterday that construction work would begin in two weeks, adding that the mini stadia will have a small capacity of 750 people.

“It is a FIFA/NFF Goal Project aimed at improving the growth of grassroots football with the provision of the standard pitch in remote areas across the globe. It will be constructed at Ugborodo and Kebbi State, and it has a capacity of 750. It will be of international standard,” Pinnick said.

During his visit to Ugborodo community on Tuesday, the member representing Warri southwest constituency in the Delta State House of Assembly, Hon. Emomotimi Guwor commended Pinnick for considering the community as host to the FIFA/NFF goal project.

Emomotimi said the project, when completed, would improve football development and have positive impacts in their communities.

“Football is a unifying game, which has the ability to bring people of diverse political, religious, ethnic and national hue together,” the lawmaker stated.

Among top personalities who accompanied the NFF boss during the visit to Ugborodo community on Tuesday was the Ologbotsere of Warri kingdom, Chief Ayiri Emami, a businessman, and renowned philanthropist.

Ayiri said the choice of Ugborodo for the FIFA/NFF mini-stadium would go a long way in discovering young football talents in the riverine community. “Now, some of our youths can focus their attention on other sporting activities, particularly football. Maybe, in the next few years, Ugborodo community will produce great footballers for the country,” Ayiri stated.

World May Be Tired, But Coronavirus “Not Tired Of Us”: WHO Chief

Why this security engineer loves working in infosec

The Top 10 Reasons Baby Boomers Are in Debt

Riots, Violent Crime: The Democrats’ Elephant in the Room

2020 in review: How science scrambled to decipher the coronavirus