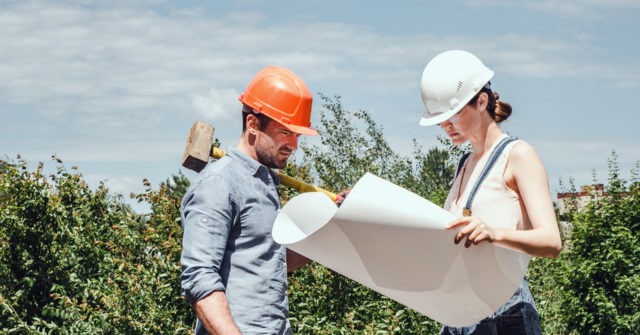 Economist expectations were unusually varied for the June figure, reflecting the uncertainty around economic data in the wake of the coronavirus shutdowns. Depending on which set of forecasts used, the June data either beat or nearly matched the consensus prediction.

The National Association of Home Builders’ survey showed Thursday that interest in buying single-family homes has soared in the wake of lockdowns, working from home, urban riots and looting, school closings, a national movement to defund police, and a rise in violent crime in many cities. Living in an apartment in a city center strikes many families as less attractive than it has in recent years.

Even after a second straight month of increases, construction activity remains 4 percent below last year’s pace.

Home builders had been hopeful that housing would recover as the nation reopens, spurred by the lowest mortgage rates in 50 years. However its unclear whether the rebound is sustainable as infections have spiked, especially in the South, where business have reopened and people have been increasingly venturing outside of their homes.

The largest increase occured in the Northeast, where single-family construction rose 111.8 percent after being nearly shut down entirely in April. But that is by far the smallest market for single family construction, with new projects at just a 72,000 annualized rate. The largest market, the South, saw a 12.1 percent jump to 445,000. The Midwest recorded a 23.7 percent annualized rate to 122,000. The West 4.9 percent to a ate of 192,000.

—The Associated Press contributed to this report.

Ancient Rome: From city to empire in 600 years

Walmart, Sam’s Clubs New Coronavirus Mask Mandate for Customers to Be Enforced by…