Former Green Beret, Acting Defense Secretary Chris Miller After Visit to Afghanistan: ‘We Gave It Our All’

KABUL, Afghanistan — Acting Defense Secretary Chris Miller said, after a visit to Afghanistan this week, he feels confident that President Donald Trump’s drawdown to 2,500 troops there is the right call.

“I actually walked out of there pretty confident we’re in a right stance right now,” Miller told four reporters traveling with him to Afghanistan, including one from Breitbart News.

Miller arrived in Afghanistan on Tuesday to visit American troops stationed there over the holidays, as well as to get a sense of how the drawdown is going. Trump ordered the withdrawal of U.S. troops from 4,500 down to 2,500 last month — the lowest number in almost two decades.

It is a significant milestone for Miller — a former Green Beret who was one of the first couple hundred of U.S. Special Forces to be inserted into Afghanistan after al Qaeda used the territory to plot a devastating terrorist attack against the U.S. on September 11, 2001.

Miller, who has a wry sense of humor, noted to Afghanistan President Ashraf Ghani before a meeting Tuesday that the first time he was in Afghanistan he had red hair.

Miller, now 55 and white-haired, has spent his life since then fighting terrorists, first as a soldier, then as a Pentagon civilian contractor, then as head of the National Counterterrorism Center before becoming acting Defense Secretary in November.

His first stop in Afghanistan was to Combined Security Transition Command – Afghanistan (CSTC-A), a multinational military command responsible for training, advising, and assisting Afghans to take on the capabilities needed to run its own security institutions. There, he met with CSTC-A commander Army Lt. Gen. John E. Deedrick Jr. and members of his team. 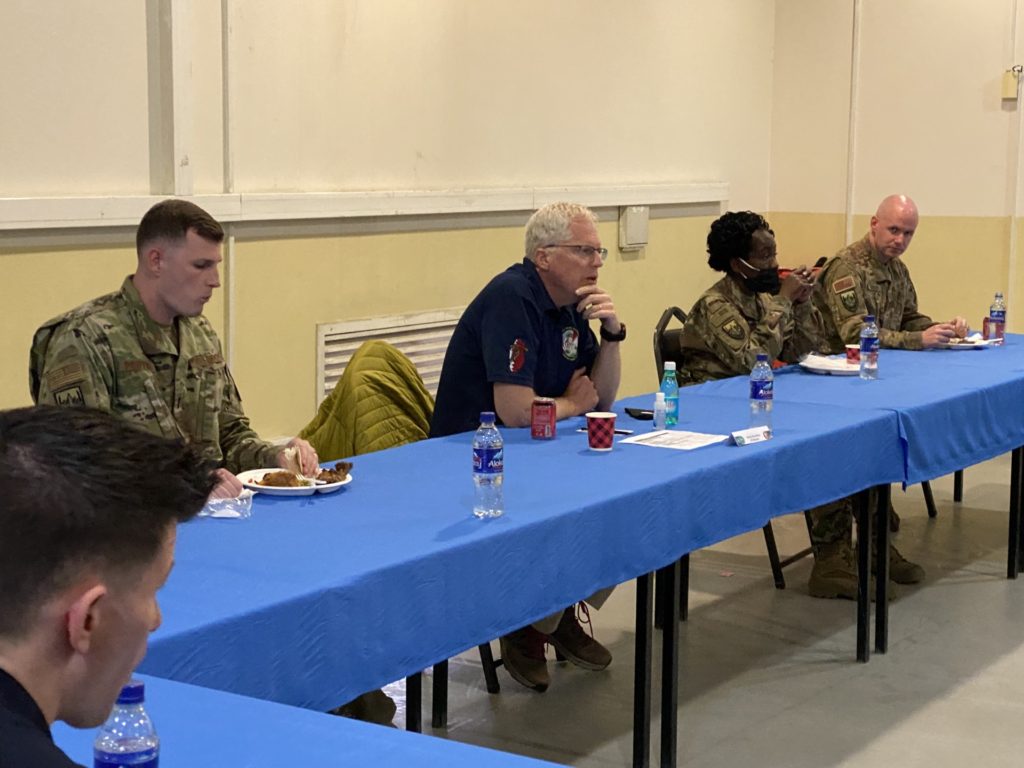 Miller said hearing from CSTC-A team members on teaching Afghan security forces how to manage things like information technology and fuel “gratifying.” “It’s really hard to do,” he said.

Miller then flew via helicopter to the headquarters of Resolute Support, the overall U.S.-led NATO mission to train, advise, and assist the Afghan government on building its security and other institutions. There, he met with top U.S. commander in Afghanistan Army Gen. Scott Miller and Army Command Sergeant Major Tim Metheny.

Just returned from #Afghanistan with Acting Sec Def Chris Miller (left). Below is his arrival to Resolute Support HQs, to meet with top US Commander in Afghanistan Gen. Scott Miller (right). pic.twitter.com/HN2AtO9Uej

“We talked to a bunch of special operators. They will just tell you what’s on their minds. They have no internal audit,” he said. “So I went there on purpose, because I’m going to get the real deal from those guys. And their smartass comments and insights led me to the conclusion that we’re in a good place.”

He said special operations forces will continue to maintain pressure on al Qaeda and affiliates and provide support to Afghan national security forces. 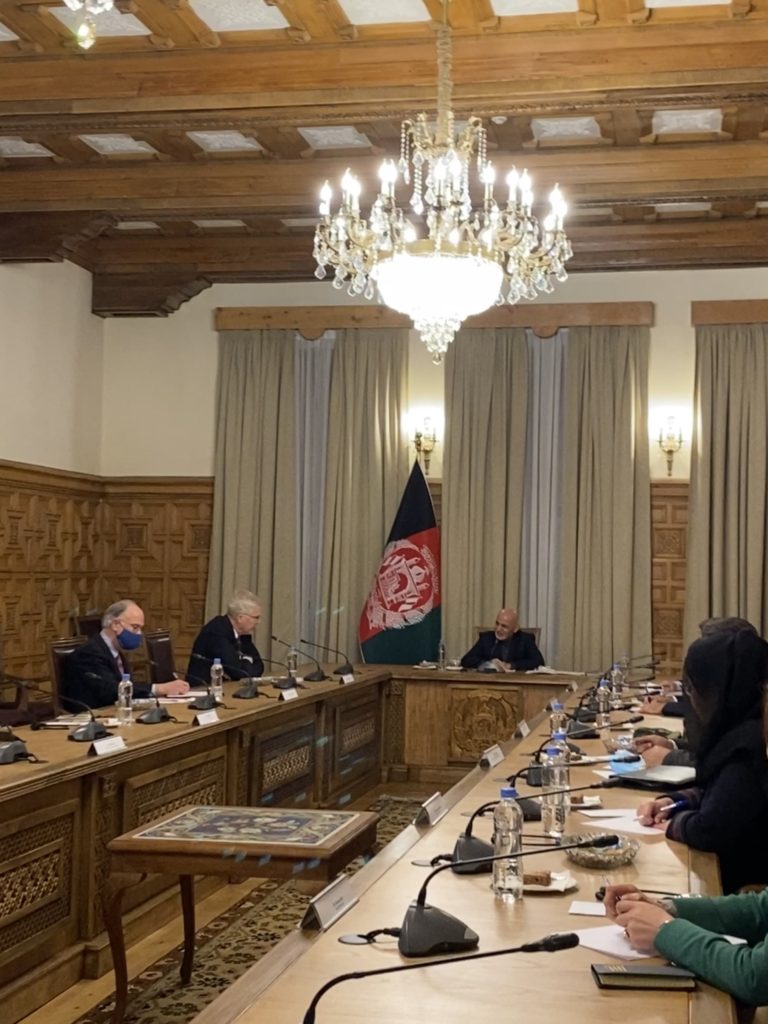 After that meeting, Miller returned to Resolute Support, boarded a Chinook, and flew back to the Kabul airport to board the giant C-17 military cargo plane that brought him to Afghanistan. On that aircraft, he reflected on what he had just learned.

“Everything I heard from not just the Afghans but from everybody else, is the Afghan security forces are a lot more capable than I came in thinking they were, and Ghani and the vice president were clear about that,” he said.

On the 2,500 U.S. troops that will be there come January 15, 2021, Miller said they still have the capability to damage the Taliban if necessary.

He recalled seeing Kabul for the first time in 2001, when he said the entire southern part of the city was leveled from civil war.

“I had never seen desolation like that, it was like Stalingrad-sh*t,” he said. “And now of course there are six-million people there versus 200,000. I didn’t recognize the place frankly.” He said he even saw a soccer field as he flew over Kabul. 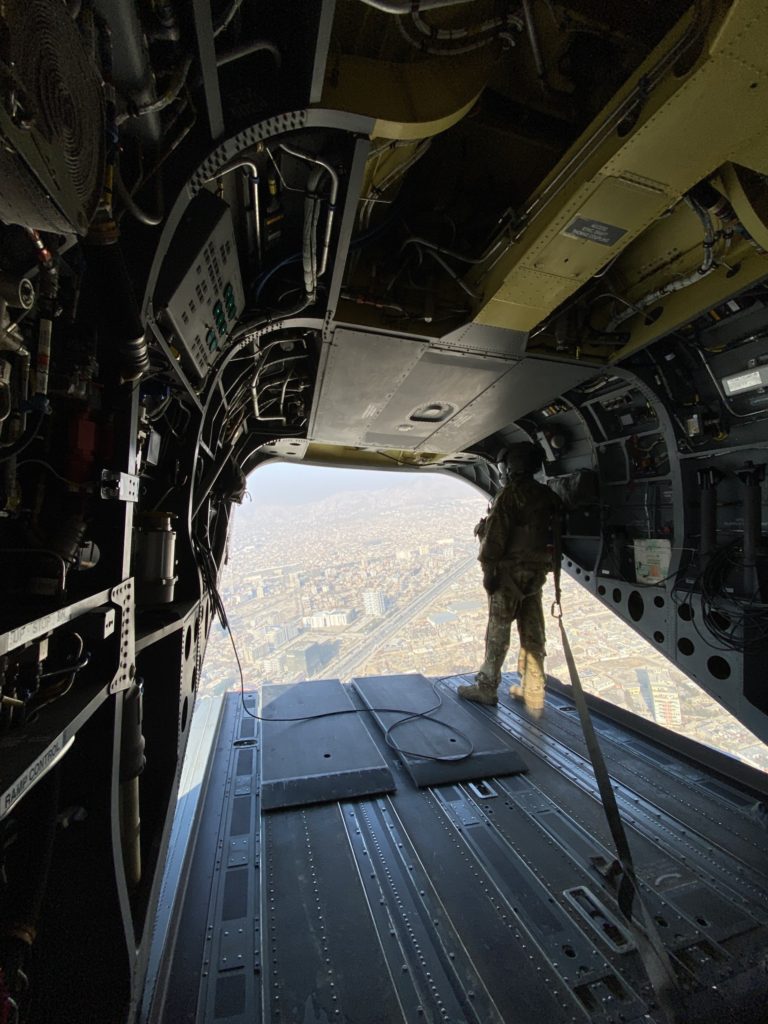 He said what Afghanistan really needs are the advisers he met with at CTSC-A.

“They don’t need a whole bunch of, like ,infantrymen. They need these really exquisite skills…wasn’t that neat listening to the contracting lady — you know, wow, trying to get a contracting finance system put up,” he said.

He said Ghani expressed agreement during the meeting. “He said again numerous times it isn’t about quantity, it’s about quality.”

Miller also talked about the toll war has taken on troops’ families, and why he wanted to bring Horton, a Gold Star wife, on the trip.

“The challenge and the stress it puts on families is a really a great concern to me,” he said.

He remembers getting back from Afghanistan in March on his daughter’s birthday, and then going to work the next day to plan for the Iraq War.

“You know, that’s why we’re here. Hopefully next Christmas we’re not having this conversation about a whole bunch of people being away from the holidays, again.” 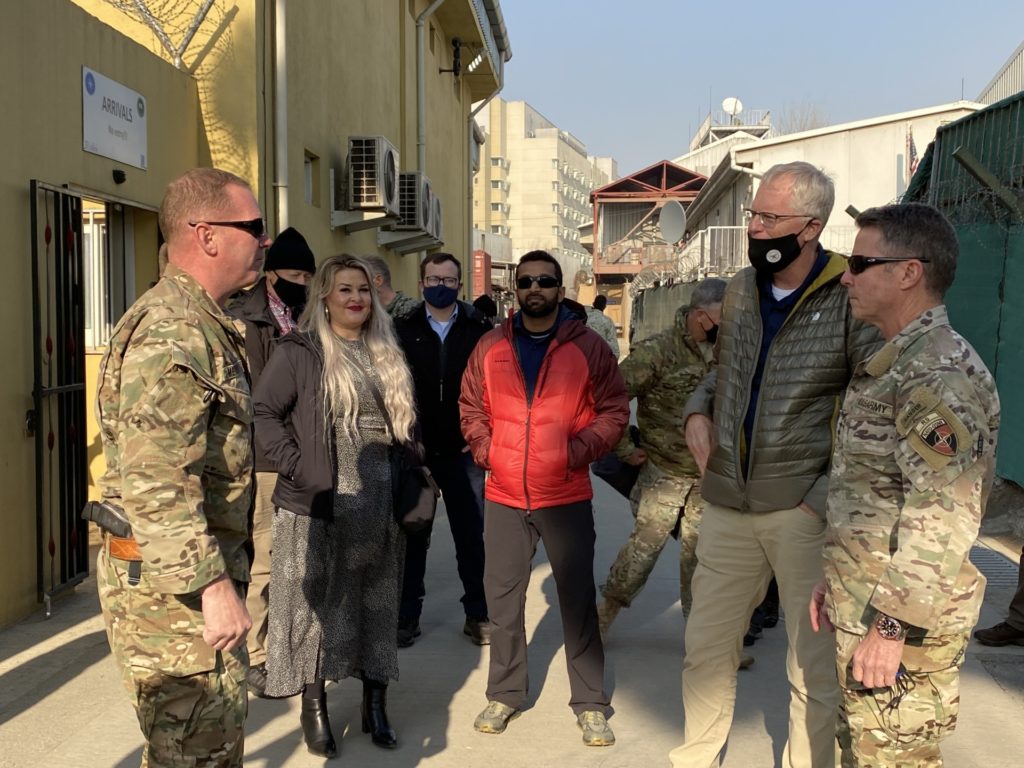 What went right and wrong for Knicks rookies Obi Toppin, Immanuel Quickley in their NBA debut

Newborns to three months should be stimulated to hold and reach for objects, study…

The Ratings Game: Dropbox boasted solid results, but its CFO’s departure is worrisome

A Look at What’s Inside Bidens $6 Trillion Plan

Trump Jr. gets a call from the Washington, D.C., attorney general—and it’s not for a…

Could the NFL really postpone a playoff game?

Odds are against gains in August, but the stock market could win out