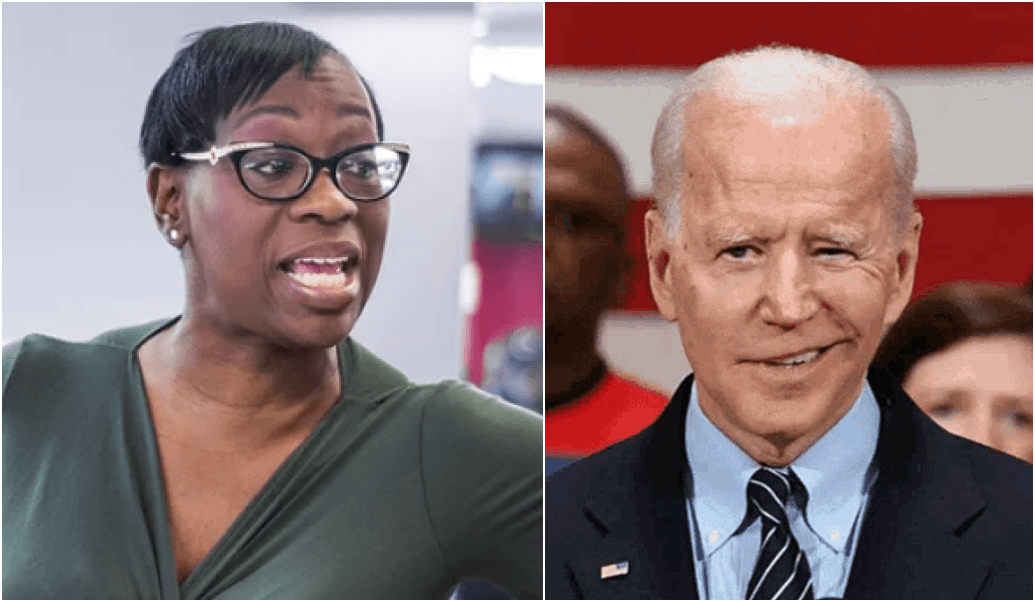 Nina Turner, a former Bernie Sanders campaign co-chair, made a rather vulgar analogy when asked about voting for presumptive Democrat nominee Joe Biden.

In an interview with the Atlantic Turner made it clear that Biden, despite his massive shift to the radical left, has not come far enough for her approval.

The comments were printed under a section discussing how Sanders supporters’ lack of enthusiasm for Biden could contribute to a President Trump re-election victory in November.

“If Sanders’s primary voters stay home on Election Day out of pique, that could damage Biden’s chances, especially in must-win swing states,” the Atlantic writes.

2.Bernie Sanders’ campaign co-chair told The Atlantic that voting for Joe Biden is “like saying to somebody, ‘You have a bowl of shit in front of you, and all you’ve got to do is eat half of it instead of the whole thing.’ It’s still shit.” pic.twitter.com/5l1Jpp4obI

RELATED: Bernie Cheers: Biden Will Be Most Far-Left President In Modern History

Perhaps this is why Bernie himself has been singing the praises of Biden as a radical progressive. Insisting on his extremist bonafides will help unite his own supporters to the cause of defeating Trump.

Earlier this month, Sanders bragged that Biden might be the most progressive President in modern times because he had forced the former Vice President to adopt many of his own policies.

“The compromise they came up with, if implemented, will make Biden the most progressive president since FDR,” Sanders announced.

He was discussing the ‘progressive unity platform’ – a list of recommendations for the Democratic National Committee (DNC) prior to the party platform being adopted at the convention next month.

The unity compromise delivers “a good policy blueprint that will move this country in a much-needed progressive direction,” in which it discusses the need to “right racist wrongs” through reparations and “reverse climate change,” among other things.

Reparations. They’re not just having a conversation about them – they are actively looking into how to make it happen.

Let that sink in. This should be all over the news – so why isn’t it?https://t.co/YUs3Lv2Wla

RELATED: Lindsey Graham: Somebody From Obama’s FBI Needs To Go To Jail

Has the Bernie-Biden unity tour been enough to get Sanders supporters on board to carry the radical left to victory in November?

Turner’s comments seem to indicate it is not.

Harvard University professor Cornel West, a major supporter of Sanders during the primary, has also expressed his continuing disdain for Biden winning the nomination.

“We have to be true to ourselves and acknowledge that Biden is a mediocre, milquetoast, neoliberal centrist that we’ve been fighting against in the Democratic establishment,” he also told the Atlantic.

There are likely many more supporters like this who have had their hopes of a full-blown Communist in the White House dashed and are still bitter.

It’s going to be awfully hard for them to get motivated enough to head to the polls for Biden.

Emotionally Intelligent People Embrace the ‘Law of Strength and Weakness’

Weekly poll: is the Pixel 5 or Pixel 4a 5G your next phone?

Trust in CDC, FDA Took a Beating During Pandemic

What Is Section 230 and How Does It Protect Social Media Companies?

Hawks’ free agent swoop of Bogdan Bogdanovic is a big deal, but team still has…