Giro and Vuelta to overlap in revised UCI cycling calendar 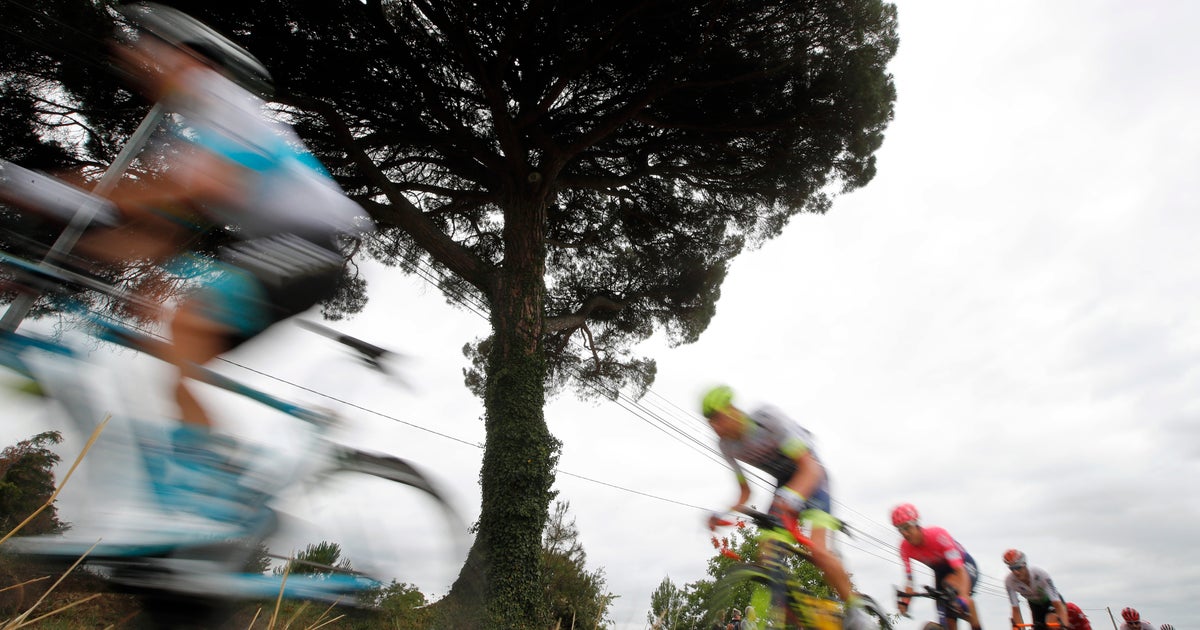 BRUSSELS (AP) — The three biggest races in cycling will take place in a 72-day span, starting with the Tour de France at the end of August and finishing with the Spanish Vuelta in November.

The Spanish race and the Giro d’Italia will even overlap, assuming competition resumes this year amid the coronavirus pandemic.

The International Cycling Union announced its revised calendar on Tuesday, nearly two months after the virus brought bike racing to a halt.

According to the latest plans, which can be amended if the health crisis continues, the Tour de France’s start remains slated for Aug. 29 in the Riviera city of Nice. The season is now expected to end after the Spanish Vuelta on Nov. 8.

“If we manage to have all these races as planned, we will be very happy,” UCI president David Lappartient said in conference call. “This is the ambition we have.”

The major races on the women’s circuit have also been maintained, and the UCI announced the debut of a female Paris-Roubaix on Oct. 25 — the same day as the men’s event.

Lappartient said it is crucial for team sponsors in need of visibility that the three Grands Tours — the Tour de France, the Giro d’Italia and the Spanish Vuelta — and the most prestigious one-day classics take place this year. Unlike many other sports which rely on TV rights, cycling’s business model depends on the sponsors channeling money into professional teams.

“If it does not happen, it could plunge our sport in a rather catastrophic situation,” Lappartient said. “As it stands, we have three months of racing with cycling’s most beautiful events.”

The new WorldTour calendar includes 25 events after only five races were held at the beginning of the season. The Giro d’Italia will run from Oct. 3-25 and overlap with the Spanish Vuelta and prestigious one-day races Liege-Bastogne-Liege, the Amstel Gold Race, Gent-Wevelgem and the Tour of Flanders.

The Spanish Vuelta has already been cut short to 18 stages and will start on Oct. 20, five days before Paris-Roubaix.

The organizers of the Giro said it made different proposals for scheduling races but they were not adopted.

“In order to save and safeguard the important heritage of cycling races, some sacrifices had to be made considering the short time span within which we could include all the season’s races,” RCS Sport said in a statement. “We made a number of alternative proposals which, in our opinion, would have resulted in reduced overlaps among races in the calendar.

“However, we believe this result is important for the restart, especially at this time, given the dramatic health situation that is affecting all areas of our lives.”

Lappartient said the overlap of the Giro and the Vuelta was inevitable because the Spanish race could not start too late into the season for safety reasons.

“The Vuelta takes place in the Pyrenees mountains, by mid-November the climatic risks — with snow, and daylight ending earlier — are too big,” he said. “We had no other choice than an overlap.”

Racing is now expected to resume on Aug. 1 with the Strade Bianche in Italy, followed by the postponed Milan San Remo classic on Aug. 8.

The world championships are planned for Sept. 20-27 in Switzerland but organizers have said a final decision will be taken in late June, depending on whether public gatherings of more than 1,000 people are still prohibited in the country.

Amnesty to halt work in India after its ‘account frozen’

Best APPS of the MONTH