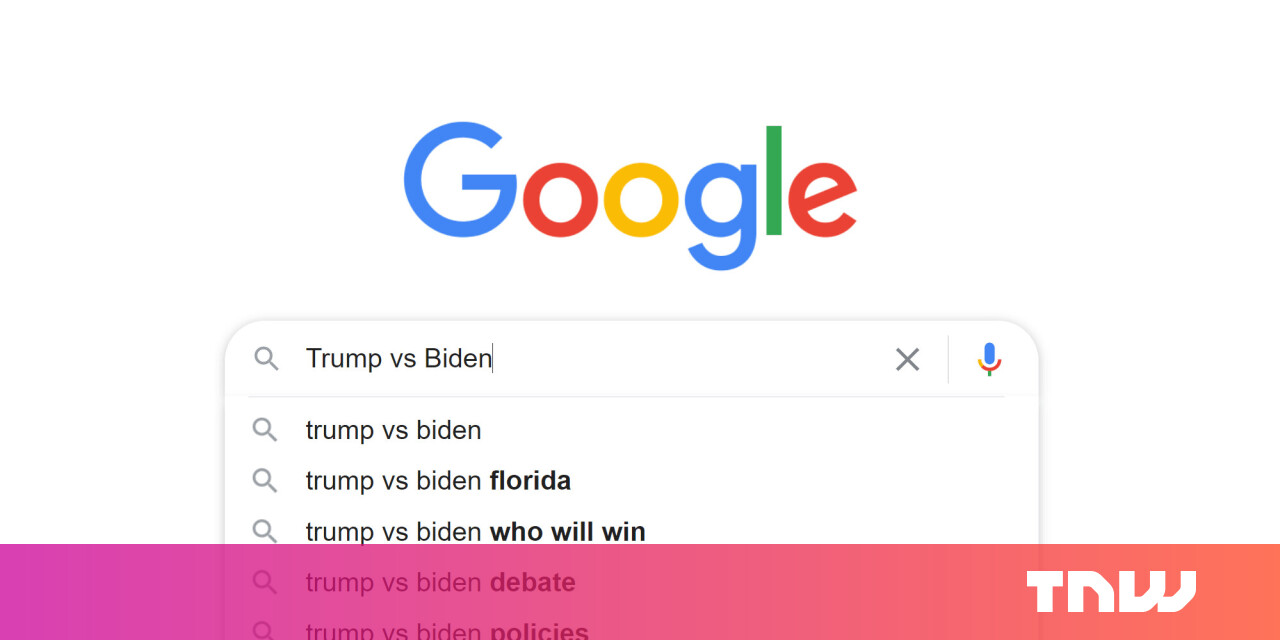 Big tech companies have faced no shortage of scrutiny on their influence in politics, especially since 2016 elections. One complaint sometimes levied at Google, for instance, is that search suggestions favor a particular candidate. While the company said that search “does not favor any candidate or cause”  during the 2016 elections, now the company has a better solution altogether: just omit search suggestions on election topics altogether.

The news shows up as a single sentence blurb under the support page for Google‘s Autocomplete policies, under the ‘Elections related predictions’ header:

That’s literally the entire thing, so Google seems to be approaching the policy straightforwardly.

This isn’t to say you won’t see any election-related content. Typing in ‘election‘ shows suggestions for election results, locations, dates, and more. The intention is simply removing bias.

That said it doesn’t seem to completely work; simply searching for “why trump” currently shows “why trump will win the election 2020 map.” This could be interpreted as leaning towards one candidate, but it also leads to a specific type of content that could benefit users of both parties.

Figuring out the line between what is and isn’t allowed is an unenviable task. I imagine the company will need to have a team of people constantly looking for new potential search results as the conversations around the election evolve. Still, it’s a step in the right direction.

Carbide Planets May Be Made Of Silica and Diamonds

Never Trump Hack and Sore Loser Mitt Romney Tells CNN, “I Did Not Vote For President…

Human Touch Keeps AI From Getting Out of Touch

How Britain’s Covid-19 outbreak has slowed down: Analysis of figures

Neither PM nor BJP interested in conceding statehood demand of Pondy: Narayanasamy

A Resistant SARS-CoV-2 Variant Could Emerge Any Time. Here’s What Raises The…

Fact Check: What We Do And Don’t Know About The Pfizer Vaccine Deaths in Norway

Netflix will co-produce a documentary about SpaceX’s Inspiration4 mission