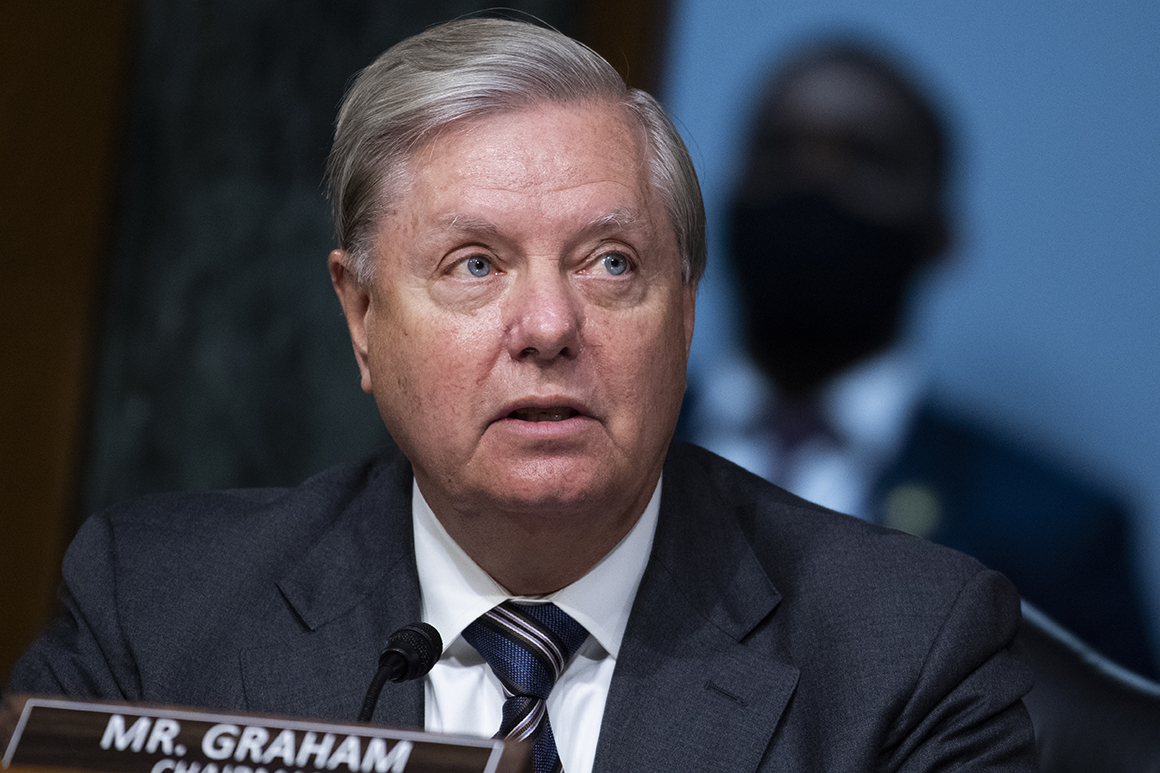 Senate Judiciary Chair Lindsey Graham published the documents as part of a GOP-led review of the origins of the Russia investigation. | Tom Williams/CQ Roll Call/Pool via AP

A Senate committee released declassified documents Friday suggesting that senior FBI officials were initially skeptical of the emerging narrative early in Donald Trump’s presidency that his campaign was in contact with Russian intelligence officers.

The Senate Judiciary Committee, chaired by Sen. Lindsey Graham (R-S.C.), published the documents as part of a GOP-led review of the origins of the Russia investigation that ensnared the president and his associates for years. Trump himself has encouraged the Senate’s probe, while Democrats have panned it as a politically motivated effort to boost the president.

The documents suggest that even as press reports began to describe connections between Americans in Trump’s orbit and figures in Russia’s shadowy intelligence services, the FBI had gathered little, if any, evidence that such ties existed.

“We have not seen evidence of any officials associated with the Trump team in contact with [intelligence officers],” wrote Peter Strzok, the FBI agent who helped initiate and lead the Russia probe, in internal notes accompanying a Feb. 14, 2017, New York Times article. “We are unaware of ANY Trump advisors engaging in conversations with Russian intelligence officials.”

Those contacts, Strzok wrote, were limited to Russia’s then-ambassador to the U.S. and the Russian Embassy’s liaison to Congress.

Graham also released a 57-page memo detailing the FBI’s interview with a top source for Christopher Steele, the former British intelligence agent whose unverified dossier on Trump described a nefarious, yearslong plot to aid his election. That document, which formed part of the basis for the FBI’s surveillance of a Trump campaign adviser in 2016, was crafted largely through a network of six sources relied on by this associate of Steele’s — and some of its most explosive and salacious findings were based on thinly sourced speculation.

In his New York Times annotation, Strzok also indicated that Steele may not have been able to adequately judge whether the sources he relied on for his dossier were reliable. Strzok, who was fired from the bureau in 2018 after drawing Trump’s fury over private text messages that revealed his disdain for the president, raised strong doubts about the Times article, which described “repeated” contacts between Trump aides and Russian intelligence agents.

But the annotated article is also a snapshot in time — it was written before the FBI began to investigate longtime Trump associate Roger Stone, who was later indicted for obstructing the congressional investigation of Russia’s interference in the 2016 election. Stone was later convicted on multiple counts and sentenced to more than three years in prison, but Trump last week commuted his sentence. And it occurred before the bureau learned of a June 2016 meeting at Trump Tower between Donald Trump Jr., Paul Manafort and a Kremlin-connected Russian lawyer.

Still, the document adds to a portrait painted by similar disclosures in recent weeks. For example, the FBI had been preparing to close an investigation into Trump’s national security adviser Michael Flynn until wiretaps of his December 2016 conversations with Russia’s U.S. ambassador emerged. Stone had for months been flaunting his alleged communications with Julian Assange, the founder of WikiLeaks, which had obtained and published thousands of internal Hillary Clinton campaign emails that had been hacked by Russian agents — yet the FBI hadn’t begun looking into his claims.

“The statements by Mr. Strzok question the entire premise of the FBI’s investigation of the Trump Campaign and make it even more outrageous that the Mueller team continued this investigation for almost two and a half years,” Graham said.

Trump supercharged the investigation, however, in May 2017 when he abruptly fired FBI Director James Comey and invited senior Russian officials to the Oval Office. Comey went on to provide internal notes, through an intermediary, to The New York Times that described his growing concerns about Trump’s posture toward the Russia probe. Days later, the Justice Department appointed Mueller to take over the Russia investigation, which continued for two more years.

Solid Phosphorus and Fluorine Detected in Coma of 67P/Churyumov-Gerasimenko

The Covid pandemic is not taking the very best of turns

Hey, MLB, it’s time to get a grip! Stop making pitchers out to be the villains

Yankees getting Anthony Rizzo from Cubs in MLB trade-deadline stunner

Is the stock market open Memorial Day? Heres what investors need to know

“Alexa, I’m Getting Pulled Over”: Amazon Launches New Cameras For…

China Plans To Bring Its Army On Par With US By 2027: Report

That ‘Team Beto’ Fund-Raising Email? It Might Not Be From…

Capitalism is the Ultimate Form of Humanism